In a blog post over at Science Based Medicine, (‘Pseudoscience Sells’) Dr Steve Novella sums up TitaniumION Bands:

Next up is the Titanium Ion Bands. Their claims are essentially the same – wear a little bracelet on your wrist and you will have improved performance. Instead of holograms and frequencies, their bands are alleged to work through negative ions. This is just another recycled pseudoscientific claim that has been around for years. Just search on “negative ions” and you will see a variety of products claiming to improve health with negative ions.

I wonder if Rebel Sport are subscribers to the writing of Dr Novella and that’s why they Tweeted today that they’ve changed their minds about selling them? Since the trend for wearing multi-coloured gel bracelets started way back with Lance Armstrong’s foundation in 2004, I’m certain a great number of us

have either been gifted and/or purchased multi-coloured gel bracelets to show support of a cause or nonprofit organisation. I have about a dozen gel bracelets that I’ve collected (and quickly disposed of the nasty things) over the years, for example.

However – Power Balance is one plastic band that really should symbolically represent smacking one’s head firmly on the desk. It’s now being joined by NRG TitaniumION Bands.

The recipe for a Power Balance band (or its ilk) is straightforward:

I’ve even conducted an interview with Dr Simon Brice and Dr Brett Jaroz for the Token Skeptic podcast, where they ran tests on the Power Balance bands, which was then published in the Journal of Bodywork and Movement Therapies , which is PubMed indexed and published by Elsevier.

“We saw no difference in people’s balance whether they were using the wristband, wearing a placebo or wearing no wristband at all,” study showed Chief investigator, Dr Simon Brice.
“…given this study strongly refuted the primary balance benefit of holographic wristbands, the validity of other purported benefits seems highly unlikely.”
Another author on the study. Dr Jarosz explained: “They think it will work, therefore they feel like it’s working.”

While the Power Balance company has faced strife in Australia, being legally forced to admit that there is no scientific evidence for their claims, and savvy-skeptics have created Placebo Bands (here’s a photo of me holding a Placebo Band next to Brian Brushwood at Dragon*Con – credit with many thanks to Rodrigo de la Jara )…

While Rebel Sport is clearly doing a very good thing by reconsidering the sale of NRG TitaniumION bands, this rubber-duck of pseudoscience may still persevere for a while. Keep talking up the lack of evidence for their claims and hopefully they’ll go the way of the dodo.

October 4, 2011 Let's Have A Montage - Cephalopod Awesomeness
Recent Comments
2 Comments | Leave a Comment
"Thank you for bringing all these resources here, Kylie. It's so easy to think "I ..."
argyranthemum Some Links, Some Thoughts And Some ..."
"https://www.youtube.com/wat..."
Bob Jase A Not-So-Happy-Valentine To 528 Hz And ..."
"With respect to audiobooks, it has been my experience that some books are better listened ..."
Maltnothops Books Read in 2019!
"I have no idea where they're gone. I can't even find them in any 'pending' ..."
K Sturgess Books Read in 2019!
Browse Our Archives
Follow Us! 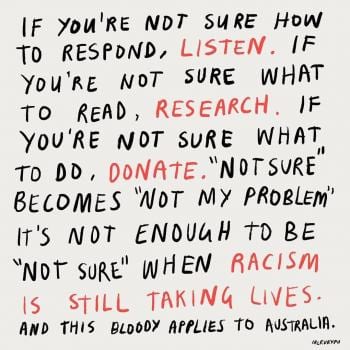