Be A Firefly Fan And Help KickStart Science – With Evolution In Action At The Token Skeptic Podcast!

Be A Firefly Fan And Help KickStart Science – With Evolution In Action At The Token Skeptic Podcast! May 14, 2012 Kylie Sturgess

I have to admit, the most recent episode of the Token Skeptic podcast is a little time sensitive… because you can get your very own glowing thank-you message or even bacteria named after you if you’re quick to donate to SCIENCE!

Head over to check out the show at Episode One Hundred And Nineteen – On Evolution In Action With Brilliant Bioluminescence – Interview With Siouxsie Wiles, so you can be a part of one of the most fascinating (and a vital contribution to world health) New Zealand investigations featured at Crowdfunding for Science! 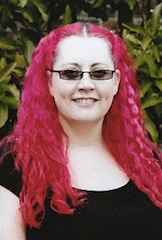 Imagine a kickstarter for science, helping to get cool and critical projects into action? That’s what Crowdfunding for Science, the SciFund Challenge is all about – supporting science and involving the public with innovative new projects.

With only eighteen days of donations left to go, Evolution in Action has a goal to investigate how diseases evolve, using bioluminescent bacteria in mouse poo to track its progress. It may sound quirky, but the science behind the story has world-wide ramifications when it comes to investigating antibiotic resistance and stopping new diseases emerging.

Evolution in Action is just one of the many projects that Dr Siouxsie Wiles of the University of Auckland is involved with – sharing her twin passions of bioluminescence (think glow worms and fireflies!) and infectious diseases to engage the public and promote scientific progress.

During the show, we talk about doing outreach via PechaKucha (although we can’t remember how to pronounce it, it has some great ramifications for people wanting to get a message to a broader audience!) and we rave about these fabulous little videos, which were originally inspired by a talk given by a great friend (and another fantastic science communicator!) of mine, Daniel Keogh:

Learn a little about the amazing firefly and how it is helping scientists in the battle against some of the world’s nastiest microbes.

Don’t forget to check out Evolution in Action and the other projects that Siouxsie is involved with – if you’re quick to donate over the next two weeks, you can get some fantastic and unique little ‘thank-yous’ as well!

May 14, 2012 Little Kitten - Build Your Own Sasquatch Tracker!
Recent Comments
0 | Leave a Comment
"GAH SEPELL CHEK FAYL! Thank you, corrected!"
K Sturgess Lovecraft Country – A Cthulhu Roadtrip ..."
"I think you mean "load-bearing boss".https://tvtropes.org/pmwiki..."
igotbanned999 Lovecraft Country – A Cthulhu Roadtrip ..."
"Apparently I'm now open-minded and diplomatic rather than secretive and tough-minded. Diplomatic - Moi? ROFLMAO."
Steven Watson Ophiuchus Ain’t News (But At Least ..."
"Thanks! This is EPIC! I hope they can raise a lot of money/awareness through this ..."
Jezebel'sOlderSister “The Quarantine Blues” – ft John ..."
Browse Our Archives
get the latest from
Token Skeptic
Sign up for our newsletter
POPULAR AT PATHEOS Nonreligious
1