Apparently My Home Town (Perth) Is Beset By UFOs…

Today’s newspaper (that I usually avoid and usually wouldn’t get an alert for, unless it mentions matters of a pseudoscientific or paranormal nature) – well, how about some UFOs about 20km (12 miles) from the city?

In Darlington… up in the hills… and about 20km south of the flight-paths that takes you to the cities in the East, from my little bit of research.

Apparently there’s hundreds of UFOs out in that area.

You’d hope that the airlines would be doing a little more of those Top Gun-style manoeuvres to get the hell out of their way, since their flight path is fairly near to that suburb. I generally find it plain sailing when I head back home.

“Rob Hartland has taken more than 20,000 photos of the day-time sky in the past six months and analysed them on his computer“, says the article, authored by Trevor Paddenburg:

…He says since then he has identified a dozen different UFOs including round, square and saucer-shaped craft, posting the photos to his website wispyclouds.net for extra-terrestrial buffs and sceptics to ponder.

It comes after The Sunday Times last week revealed more than 400 West Australians had sought advice or counselling through the Australian Close Encounter Resource Network after claiming to see UFOs or meeting extra-terrestrials.

Note: if you go to the WispyClouds site, it says “We don’t see these craft with the naked eye but detect them on the digital images when viewing and enlarging them on a computer screen”.

I’ve personally never heard of the Australian Close Encounter Resource Network, but after checking out their website, I see that advertisements for their conferences only go back to the mid-2000s and a tour by their Founder Mary Rodwell advertised way back in March, 2012 is on the front page.

The Sunday Times picture editor Jackson Flindell said Mr Hartland’s images did not appear to have been tampered with, but dust on a digital camera’s image sensor could cause anomalies in digital photographs, while powerful magnification could also distort images in some cases. 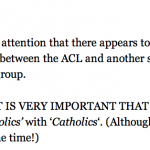 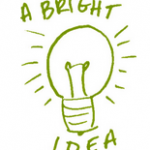 April 29, 2013 Podcasts - ScienceRewired, 365 Days Of Philosophy And Token Skeptic Shows Now Out #scicomm
Recent Comments
0 | Leave a Comment
"I never enjoyed Victorian stories. All those stuck up brits and the weird way they ..."
Cozmo the Magician Review – The Dry
"It must be beautiful there! The heartbreaking fact that we are fortunate enough to see ..."
K Sturgess The Great Conjunction (On A Dog ..."
"I went up on Nose Hill in Calgary yesterday evening to be sure I was ..."
Jim Baerg The Great Conjunction (On A Dog ..."
"I just watched episode 1. Everything's a drum!"
MrFribbles Aunty Donna – Explaining a Board ..."
Browse Our Archives
get the latest from
Nonreligious
Sign up for our newsletter
POPULAR AT PATHEOS Nonreligious
1