My Current Viewing For The Weekend #SSAWeek

My Current Viewing For The Weekend #SSAWeek May 5, 2013 Kylie Sturgess

Welcome to Hour Seventeen of the Token Skeptic Sunday Sessions!

I’ve just discovered that I can’t play three different DVDs that I’ve borrowed for the weekend and I’m kind of annoyed. Goddamned region-limited machine and I haven’t hooked up the region-free player.

I’m devastated enough to start watching Homeland again, even though I’ve seen it three times already. Actually, I think I’ll switch it to Season Three of The Good Wife and watch Kalinda stomp her way around Chicago in boots as I edit. That woman is responsible for my new winter boots, by the way.

Anyway. Here’s what’s been playing in the background this weekend, as I’ve been doing everything else that needs doing.

Yet another blurry-photo from the inbuilt Mac cam! 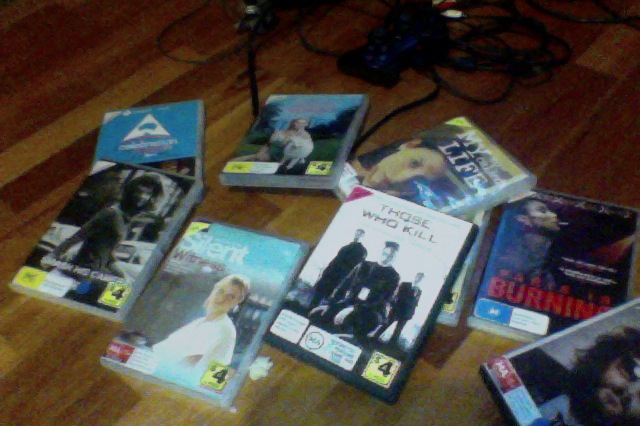 What can you see? What have I seen already?

A blonde woman, Dr. Nikki Alexander, is wearing a white coverall and large clear glasses. She paces in slow motion. The camera cuts to the bat she is holding in one hand, then to her face, as she stares at something in front of her, out of frame. She paces forward [“footsteps thudding” says the subtitles] and firmly grips the bat in both palms. She swings… and the camera movement sharply goes from slow motion to fast, connects with what appears to be the head of a man – and blood splatters all over a white wall. The blood drips dramatically.

She slowly steps back, revealing that she’s in a large plastic-sealed frame, creating a transparent room – the man is actually a dummy, seated on a chair on front of her.

“Interpreting The Spatter” is written on one wall, which the camera catches as it pans past to reveal dozens of people outside applauding her performance, all looking impressed and encouraging.

She grins as she catches the eye of one of the attendees (Dr. Harry Cunningham), who claps slowly, blushes and coyly returns her smile. Scene changes to a lecture theatre, with attendees taking notes about a presentation by a woman on the stage:

“As pathologists, our numbers continue to decline, but what’s expected of us ever increases. However, the qualities required to do this job effectively remain the same: a monogamous commitment to our profession; attention to detail; objectivity and a good sense of smell.”

It is Series 10 of Silent Witness, an episode called “Body of Work”. Numbers declining? The opportunity to smack things with bats and have blood go everywhere and cute co-workers? I think that opportunities for careers in forensic science is quite different to what’s been shown, and I’m reminded of another blog-post that discusses the glamorisation of forensic science and whether differences in taste about the portrayal of a career really have an influence on being good in the field.

Still, Harry’s kind of cute. They sure had him disappear off the show without a backwards glance recently, though.

Paris Is Burning. Haven’t seen it before. Now have. Will watch it again, if I can. It was difficult not to do the Vogue throughout. Paris Is Burning – Then And Now.

Smash His Camera. One of those documentaries where you swing from despising Ron Galella to being proud that you can name 90% of the people in the montage. Torn over the topic, but agree that Hollywood has changed forever (and maybe if that means, for example, a famous woman who lost her two husbands in really tragic circumstances and are trying to raise her kids, don’t have a camera in all of their faces 24/7, it’s not such a bad thing after all…)

The 2012 Global Atheist Convention. I was at this. But I didn’t see much of it, at all. It was nice to see some more of it. The bit where Sam Harris got us meditating was a bit overly soothing and I started to fall asleep.

The Queen of Versailles. At one point I hit pause and ranted for ten minutes about bicycles, because for me a bicycle was a very, very precious and much-desired thing when young and I couldn’t afford to get one or be gifted one. The rest just had me alternating between horror, bemusement and disgust. Ended up being a half-hour discussion during and after the film, mostly about the US economy and foreclosures.

Yet to watch – I’m Still Here. Apparently NOT a documentary.

Those Who Kill and My So-Called Life don’t play on my player. Haven’t seen either. The latter is apparently “a big deal”, so I’ll make an effort to see a few episodes. I may have issues with Claire Danes growing up to become an FBI agent though. 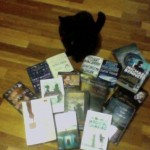 May 5, 2013 Interview With Maryam Namazie #SSAWeek
Recent Comments
0 | Leave a Comment
"I never enjoyed Victorian stories. All those stuck up brits and the weird way they ..."
Cozmo the Magician Review – The Dry
"It must be beautiful there! The heartbreaking fact that we are fortunate enough to see ..."
K Sturgess The Great Conjunction (On A Dog ..."
"I went up on Nose Hill in Calgary yesterday evening to be sure I was ..."
Jim Baerg The Great Conjunction (On A Dog ..."
"I just watched episode 1. Everything's a drum!"
MrFribbles Aunty Donna – Explaining a Board ..."
Browse Our Archives
get the latest from
Nonreligious
Sign up for our newsletter
POPULAR AT PATHEOS Nonreligious
1

If There's a Yellow Deli in...
Homestead Skeptic
Related posts from Token Skeptic