A Few Skeptical And Science Communication Musings (After A Good Night Out) July 19, 2013 Kylie Sturgess

Today I was looking over my podcast, and it’s with thanks to Sharon Hill of Doubtful News that the second-most recent show (this is due to an idea from several months ago – and I do mean months, it’s taken me a while) is a podcast with some Doubtful News items, with credit to the DN, of course. I always give credit.

They’re great news items and I wanted to change my podcast format a bit to see if I could take on some of the lessons I’ve had on the subject of commercial radio and script reading, and apply them to the show. So, the Doubtful News site has been on my mind recently.

Today, over on Facebook, I wrote that I was thinking of responding to something she posted. So here’s my response to what she said, about:

I was a bit disappointed at how many people at TAM did not know of the Doubtful News web site. How do I get the word out? I’m feeling like I’m all over the place… Would be nice if some bigger skeptical names gave us a shoutout — hint, hint.

When I read what she wrote, it brought to mind something John Rael says in this YouTube video review of Phil “Bad Astronomer” Plait’s TV series called Bad Universe.

I never ended up watching that TV series. There were only three episodes; I completely missed it when they screened on Australian TV as I don’t watch much TV – I couldn’t even tell you which station it turned up on – and chasing down a DVD release seemed too much effort, after some time had passed.

Some things just pass us by and while we may have noticed a show or event one time or another, other things just end up taking precedence. Like doing studies, working on other projects, life in general and so on. TV shows are generally not my favourite pastime anyway; even with The Mythbusters, I’d only catch episodes if I thought they’d be useful for helping teach a concept.

However (unlike people who say that you shouldn’t comment on conferences you’re not actually at – while they somehow find it acceptable to complain about Skepticon, which they’ve never been to) – despite never seeing Bad Universe, I do have something to say that I think could be useful.

At the end of the review, John makes what I consider to be the mistake of conflating the Chasers’ shows with science shows. They’re not.

They’re doing comedy. Their shows are satire. They’re occasionally useful commentary (such as the very consumer-rights information-heavy series The Checkout) that is relevant to skeptic themes, but that’s true of what I consider to be good comedy in general:

Stephen Fry: Comedy is always about the real world. Philosophers or religionists will make a pompous, abstract statement and a comedian will say, “Is that true on a Wednesday?” Comedians want a cut and dried example of the facts of the world. Because comedy is about observation—as is science—it’s about repeatable patterns, and it’s testing some statement that may be preposterous or may be true. Statements made of grandeur and abstract truth are always tested by comedians, so in that sense, comedy is a very good way to get the credulous onside, if you like. Because it says “Is that true? Is it really true? Let’s see!”

Bad Universe, I strongly suspect (having only had this glimpse thanks to John) – isn’t a comedy.  It’s a science show and like all science shows, succeed or fail on that basis.

I personally always felt very upset and insulted on behalf of shows like The Mythbusters when people asked them to change their format: to become something different.

It’s their show, they are successful with it: they don’t HAVE to become Philosophy 101 or Introduction To Skepticism just because some people notice that they’re not that kind of show already. That’s up to others, if they want to try it. As you may have guessed, I think that’s a big ask for a TV program anyway, having taught Philosophy 101-style classes to primary, high schoolers, and university students in classrooms for a number of years now.

I honestly don’t think a comedy show should be Philosophy or Skepticism 101 either. Even if Monty Python was just about that, I would have turned off. But what I do know is that there’s research and help available for science-based ventures to reach the audience they want – and I think skeptic groups should be using them and networking to help each other find those resources.

For example: there’s help out there for deciding what audience you want – and knowing what tools you’ll use to do that effectively. That, to my mind, is the problem that faces Doubtful News in being promoted effectively, rather than (say) hoping that minority voices with power in skepticism are going to be tuned in to lend a hand.

So, this week, as a part of an ongoing effort to improve my efforts as a science communicator – (I had booked in to attend a session the last time it ran, but illness ended up prevented my going) I’m going to be attending this free event:

If you run science communication events or activities then this workshop is for you!  As part of the Inspiring Australia strategy for science communication in Australia, flexible evaluation resources have been developed to help us evaluate our science engagement activities and reflect on ways we’ve been successful and places to improve.  Assist. Prof Jo Elliott from the University of Western Australia will take us through the resources, explain how they were created and how you can best tailor them to suit your needs.

The disappointment about Bad Universe, and the difficulty in promoting skeptical ventures like Doubtful News – or even my own podcast – are frustrating… but I guess I have a certain hopefulness that it just takes time; that it takes stepping back and realising that we have to think about our target audience and how we’re going to reach them – and seek established groups that can help do just that if other skeptics won’t or can’t.

After working at events like ScienceRewired, and looking at the efforts of science communication groups across the country (like Inspiring Australia, which supported by the Government) – perhaps Australia is in a better position than the US when it comes to looking critically at what works. While I know that the “deficit model” isn’t the way, I still need to be a diligent student of this particular subject and focus on not wasting my efforts, such as reviewing my goals on a regular basis.

Anyway. I’ll take notes for the event and blog them, as I always do – but in the meantime, here’s the Inspiring Australia site and the ScienceRewired videos and even blogpost summaries here. I would also suggest following the #OnSci sessions on Twitter too.

Pacific Rim. I enjoyed the fighting monsters and machines. It would have been nice if the women in the movie could have actually spoken to each other as fully-fledged people do, rather than just spot one another at a distance before having to run off and fight monsters, but – like promoting skepticism – I guess you can’t expect to have it all that easily. 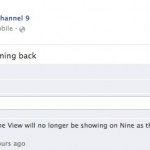 July 19, 2013 On Australia To Resettle Refugees In Papua New Guinea
Recent Comments
0 | Leave a Comment
"I never enjoyed Victorian stories. All those stuck up brits and the weird way they ..."
Cozmo the Magician Review – The Dry
"It must be beautiful there! The heartbreaking fact that we are fortunate enough to see ..."
K Sturgess The Great Conjunction (On A Dog ..."
"I went up on Nose Hill in Calgary yesterday evening to be sure I was ..."
Jim Baerg The Great Conjunction (On A Dog ..."
"I just watched episode 1. Everything's a drum!"
MrFribbles Aunty Donna – Explaining a Board ..."
Browse Our Archives
get the latest from
Nonreligious
Sign up for our newsletter
POPULAR AT PATHEOS Nonreligious
1

'Provocative' critic of Islam stabbed at...
The Freethinker
Related posts from Token Skeptic