Well, it’s official, according to the Australian Doctor Twitter news (I suggest not going to the AVN link they provide, but here’s a summary):

The Australian Vaccination Network (AVN) was ordered by Magistrate Hennessy of the Administrative Decisions Tribunal to change the name, and some skeptics tried registering business names in several permutations, in an effort to avoid them using the words “skeptic” or “sceptics” in the name. I’ve been following the actions of AVN off-and-on for quite some time (even attended three talks by AVN’s Meryl Dorey over the years while she’s visited Perth; done a number of summaries of her actions on my old Podblack blog and podcasted on it), so I guess the continuation of the group isn’t so surprising.

Since sk/ceptic has one meaning for scientific skepticism but not the general public (certainly something different for the media at large, quite often) –  it’s understandable by Magistrate Hennessy suggested it, and perhaps it was seen as a challenge to scientific skeptics out there.

Either way, the AVN clearly intended to continue their “business as usual”, no matter what name they’re under. Even though it took a long time for them to change it.

Regardless of the process, we are very happy to state that we now have a new name that describes what our organisation represents at least as well as our old name did.

The endless government complaints continue unabated, but at least we now know that our name will be above reproach into the foreseeable future.

The only comment I have about that is “I sincerely suspect being above reproach is impossible”. 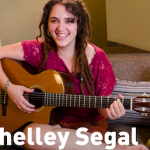 March 7, 2014
Help Shelley Segal With Her Next Album!
Next Post

March 12, 2014 Sean Faircloth - Reclaiming a Secular Australia - UWA Lecture From 2013
Recent Comments
0 | Leave a Comment
Browse Our Archives
get the latest from
Nonreligious
Sign up for our newsletter
POPULAR AT PATHEOS Nonreligious
1