This will date me terribly, but I have vague memories of the Banana Splits TV show, or at least the theme song. This is because of re-runs on Australian TV back in the day, aired during lazy Sunday afternoons when there was nothing else to watch. In these days of streaming TV, it seems impossible that anyone could complain there is ‘nothing on TV to watch’, although it might explain why I tend to read rather than watch TV.

I couldn’t tell you the basic plot of any Banana Splits episode or anything really beyond knowing it’s about a bunch of costumed characters running about (in dune buggies? Do we even have dune buggies anymore?). However, the experience was enough to make me recoil in horror when the ‘nah-nah nah…‘ theme song was used for a fight scene in a film called Kick Ass.

Now Hanna-Barbera’s variety show The Banana Splits Adventure Hour is a horror movie redux – rated R for horror violence and gore. It’s going to digital and DVD release… and as it does, there is something in me that wonders if my childhood TV viewing experiences were all built on a lie and Wacky Races has been in fact all along a diatribe about the disgusting apathy of the non-political masses, with a subtextual call for the workers to rise and throw down their spanners in the faces of ‘Peter Perfects’ and unite in a Marxist utopia (all while wearing a dashing pink ensemble like that of Penelope Pitstop). I probably shouldn’t give Hollywood any more ideas. 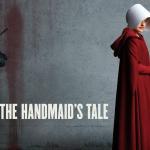 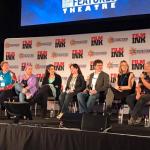 July 1, 2019 My Adventures At Perth's #SupaNova2019 (And A Nod To The Rook On TV)
Recent Comments
0 | Leave a Comment
Browse Our Archives
Follow Us!