Once Bitten, Twice The Charm – What We Do In The Shadows

You’ll have to excuse the brevity of this post on “What We Do In The Shadows”; I’m typing from what has been a twelve-hour shivering nest on the couch, surrounded by Lemsip, books by Sally Rooney and Joanne Ramos, and a man-sized box of tissues (why ‘man sized’? Seriously, just say ‘for people who really can’t handle the sneezes in a small decorous manner and when suffering with a cold tend to tear regular sized tissues in half every time they blow their nose’). However, being unwell has allowed me some quiet time to write about and recommend a series I’ve been enjoying for some time now.

I was a big fan of the original comedy mock-umentary vampire film What We Do In The Shadows, especially as I was familiar with some of the filming locations after visiting New Zealand some time ago. It’s hilarious, often scary (particularly the conclusion), poignant and quirkily supportive of how social outsiders can unite to find devoted friendships and even love. The lead vampires Viago, Vladislav, Deacon, and Petyr compliment each other so well (the tragedy mid-film for one of the characters was surprisingly moving) and the story thankfully finished with the hint of a sequel.

The ‘sequels’ have been two TV series – one of which I’ve already reviewed for Curiouser and Curiouser: “Wellington Paranormal”. The other is a fairly recent series, that has been screening on Australia’s Foxtel. It’s different, as you might expect. The actors involved in the originals have moved onto other projects and yet thankfully remain very much involved with this series, and it shows. The settings, the main premise of mock-umentary, the mixture of horror which surprisingly and effectively snaps into comedy remains the same, even though the characters are different.

It took me a while to warm to this new series. The original four vampires are now five main characters – Nandor, Lazlo, Nadja and Colin, with a woeful familiar Guillermo interjecting as a helpful narrator throughout. I think it was Matt Berry’s Doug Reynholm character from the “I.T Crowd” that led me to enjoy immediately his portrayal of Laszlo Cravensworth, who has a similar blasé attitude to Doug (an attitude in this series which seems to range from cheerful murder of innocents, all the way to a several-hundred year career as a pornographic vampire movie star).

But even the adventures of the weirdly repellant emotional-vampire Colin (perhaps because I’ve known too many ‘Colins’ while working in office spaces!) can grow on you, and I’ve become an eager viewer every week. “What We Do In The Shadows” is a clever and fast-paced show, appears to have a bigger budget for special effects in comparison to the original film – and yet like the original, this spin-off remains character-focused and engaged with making the audience genuinely care about the very undead lives of a little group of misfit monsters. If there’s one thing I can enjoy about recovering on the couch, it’s watching this series to cheer myself up and I’m certain it’ll do likewise for you (even if you don’t have a cold!). 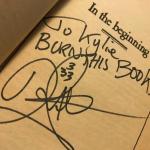