Some Links, Some Thoughts And Some Actions To Be Taken

Some Links, Some Thoughts And Some Actions To Be Taken June 5, 2020 Kylie Sturgess

On the recent murders, and on the systematic racism that continues to fuel ongoing genocide, not only in the US but in Australia and everywhere else. I hear too much “I’m just not sure how to navigate all this” from other white people. Yes it’s upsetting, yes it’s overwhelming, yes it’s uncomfortable to unpack your own privilege and see how you benefit from a racist system. No, it’s not enough to be “not sure” about it all. We’ve had far too long to learn, unpack, understand and act, at the cost of generations of Black & Brown lives. Be sure of that and do something. #blacklivesmatter #acab #justiceforgeorgefloyd

How are you? Scratch that, how aren’t you? What do you remember from before? Maybe your memories of February (when I blogged here last) are very, very different now.

Certainly I find myself less likely to look at news headlines with enthusiasm now, because I know how they’re going to turn out… Which I suspect are not the ones foretold by the many self-proclaimed fortune tellers who could have given us a bit more warning!

I’m a little up and down most days, which has led to less interaction online. After yesterday, I now have a firm belief that I can’t really post on my usual social media outlets without becoming completely overwhelmed.

But this blog does have an audience, of sorts. There was an increase of traffic for the earlier post about the TV show Upright, and there might be a few of you in a similar situation to myself: wondering what to do to be less down about the world. Taking action is better than being stressed.

So, I will provide some links for those who might be seeking something more proactive to do than look at news headlines (like I’ve been doing, which seems to be a big contributor to my stress levels!). It might help others whilst incidentally helping you too, which cannot be too bad a thing these days.

Australia (as I wouldn’t be surprised if a few readers of this blog are Australian like me):

And there’s a few protests happening tomorrow in Australia (and later in the week for my home town Perth):

Note that whilst you’re at these protests, try to wear a mask/practice as much social distancing as possible and try not to take identifying photographs of the protesters. All of that is advice from this Lifehacker link, which has some more good pointers. 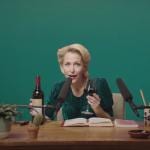 February 14, 2020
A Not-So-Happy-Valentine To 528 Hz And Solfeggio Frequencies
Next Post 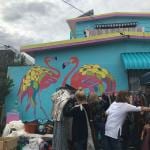 June 11, 2020 A Small Update - Venue Change For #BLM Perth Rally
Recent Comments
0 | Leave a Comment
Browse Our Archives
get the latest from
Nonreligious
Sign up for our newsletter
POPULAR AT PATHEOS Nonreligious
1