Just a few musings on the conclusion of The Boys, Season 2 (note, some spoilers!)

Like most people, there was a little bit of dismay to discover the second season’s staggered release schedule of shows. But it’s understandable that the staggering compliments the ‘companion show’, Inside The Boys – an official after show hosted by Aisha Tyler, featuring lots of interviews and jokes with the actors and makers of the show. It was a little forced-seeming for the first few episodes, but I got to enjoy seeing the actors relaxed post-filming and they genuinely seemed to have bonded as a result of the series, which is always cute. Especially all the New Zealand talent!

In short, Season Two of The Boys was just as graphic, fast-paced and downright horrifying as the previous season. After some significant therapy I might be able to see a whale again without cringing. I really enjoyed the further development of the sign language by Kimiko and the relationship between her and Frenchie, and Hughie and Annie/Starlight. It was particularly cool to see how Billy Butcher and Annie came to an understanding about how they both felt towards Hughie (even though it took a really scary accident to make them bond together). 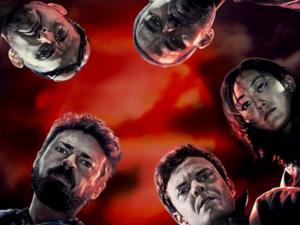 It did, however, lead me to be more philosophical about the progress of the plot and muse upon what ‘realism’ exists in this unrealistic super-hero series.

I am wondering if I’d watch these two seasons again at some point during the holidays, and perhaps the graphic, violent nature is a bit of a deterrent for me right now. But you end up caring about the characters, despite… well, everything like the language, the situation, the violence. Maybe it’s just too 2020 for me at the moment and I need a little escapism of another sort. But despite all the ‘bad’ reviews that it’s getting by a few “disappointed” people for this season, I’m glad The Boys is still out there and producing challenging content. 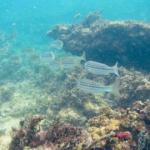 October 4, 2020
Sunday Morning Malaise (And Some Solutions)
Next Post 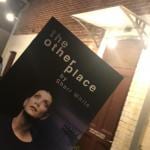 October 16, 2020 Fremantle Theatre Company's The Other Place - What Will Survive Of Us Is Love
Recent Comments
0 | Leave a Comment
Browse Our Archives
get the latest from
Nonreligious
Sign up for our newsletter
POPULAR AT PATHEOS Nonreligious
1