Having enjoyed the book by Jane Harper some time back in mid-2020 (remember then?) I looked forward to the release of The Dry – and wasn’t disappointed.

A successful-if-emotionally-detatched Federal police officer, Aaron Falk (Eric Bana), is renown for his investigation of financial crimes. He returns to his rural home town of Kiewarra, Victoria, due to the cryptic request by the father of an old friend.

It’s a small farming community in Victoria that Falk returns to, where it hasn’t rained in years. The place is a desperate, fatigued dustbowl, and the request to Falk is a shocking one. He’s to investigate the old friend’s family murder-suicide. In the process, unpack why Falk left Kiewarra long ago as a teenager, and why.

Falk slowly assumes the ‘outsider cop’ investigative role (a trope familiar to anyone who has seen shows ranging from Twin Peaks to Beverly Hills Cop) and his mission soon becomes obsessive. There’s numerous unexplained elements of the tragedy – why was the infant spared? Was it due to family finances that the friend murdered his family then himself, or has the horror of the drought claimed more than just livestock and crops? Add to this the flashbacks of a strange romance which led to a disappearance, and you have multiple betrayals, resentments and unwilling participants to the investigation of the crime.

Eric Bana once again demonstrates his excellent range with this film; he’s convincing, haunted and devoted to solving not only the mystery of the present but the regretted past. It’s magnificently filmed, with fantastic landscapes, setting and a supporting cast that are on point throughout. The result is a surprisingly well-paced and engrossing story that even outshines the excellent novel. Plus, the soundtrack is unforgettable.

In a season where films are delayed, cancelled and on production hiatus, watching The Dry was a welcome end to 2020 and should be a must-see for anyone who is able to catch it on what (safe) platforms and/or venues you can catch. The Dry is currently in cinemas here in Australia, and hopefully available for viewing via other means soon. 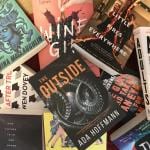 January 15, 2021 Darkfield's Coma - Adventures in Unconsciousness
Recent Comments
0 | Leave a Comment
Browse Our Archives
get the latest from
Nonreligious
Sign up for our newsletter
POPULAR AT PATHEOS Nonreligious
1