Count It All Dung!

The Greek plural noun skubala is used only once in the New Testament, but it is worth investigating what exactly Paul meant when he used it. In Philippians 3:8, Paul speaks of Jesus as the one “because of whom I have suffered the loss of all things, and count them as dung (King James’ choice of words!), in order that I may gain Christ.”

Strong words! But does skubala mean “dung,” or does it mean something like “rubbish” or “garbage”? Skubalon is one of those broad words that can mean either option. Even King James English words like “dung” or “manure” do not always refer to intestinal solid waste. So allow me to use “dung” as shorthand for what is expelled from the large intestine, the literal basic meaning behind its use as a non-literal negative descriptive term. Perhaps Paul used this particular Greek word to express himself because its range of meaning was similar to this old English word.

Philo of Alexandria often uses the plural form skubala to refer to the refuse from the threshing of grain. “For to be able to distinguish what is necessary from what is skubala, and what is nutritious from what is not, and what is true from what is spurious, and what is useful fruit from a worthless root, not in the things which the earth bears but rather what the mind sprouts, is the most perfect virtue.” (Som. 2:22)  Philo also speaks of the job of the ox as “the cleansing of the piles of grain, and the separation of the skubala from the genuine and useful.” (Virt. 145)

Skubalon can also be used to mean “garbage” or “refuse”. Sibylline Oracles 7.58: “You will be the miserable skubalon of war.” Achilles Tatius 2.11.5: “He reviled the catch and threw it out as skubalon of the sea.” Similar uses can be found in the Palatine Anthology: “leftovers” from dinner, “crumbs that fall from the table” (Ariston), the remains of a dead person (Philip of Thessalonika), and the wreckage of a ship (Hegesippus).

But in his book on Questions and Answers in Genesis (Qgp 2:6, 2:7), Philo uses skubalon (singular) as the medical term for what is expelled after food is digested. He even speaks of the door in the side of Noah’s ark as being the ark’s rectum from which all of its bodily waste (skubala, plural) was expelled (Qgp 2:6). Strabo refers to poor drainage in a city leading to “filth” collecting on the streets (Geography 14.1.37). And Clement of Alexandria (around 200 AD) pairs skubala together with urine and other bodily waste products (Christ the Educator 3.11.65). He also says of women who have golden toilet pots, “I wish that for the rest of their lives they considered gold as worthy of skubalōn.” (Christ the Educator 2.3.39) Indeed, Greek medical writers, who studiously avoid foul language, use skubalon to say what they mean when they speak of solid bodily waste.

Josephus speaks of how the besieged residents of Jerusalem were driven “to scour the sewers and old dunghills of cattle to use [eat] the skubala from them, and the things which they formerly could not bear the sight of now became food” (Jewish War 5:571). In an Egyptian papyrus scrap (P Fay 119.7), a man named Gemullus tells his son that a donkey-driver bought some rotten (sapron) hay that was decayed so badly that it was hōs skubalon (like dung). Skubalos is even used as a personal name in some of the papyri, although it sounds like a derogatory nickname; it hardly seems have been a name given by loving parents, but the name may have been given to newborns who had been rescued from being cast into dungpiles. There is even a verb form, skubalizein, used in the Apostolic Constitutions (2.43.3) to describe how a troublemaker acts “as if he were handpicked by the devil to treat the church like dung” (or however one might choose to translate the thought).

Hesychius’ Greek dictionary (around 500 AD) defines skubala as meaning the same as kopria (= kopros), the undoubted Greek term for dung. In Sirach 27:4, kopria and skubala are paired as synonyms; as a sieve reveals the kopria in the wheat, so a person’s words reveal the skubala within. Jerome translates the word in Philippians 3:8 into Latin as stercora, again, an unambiguous term for dung.  And when Symmachus re-translates the passage where Ezekiel is commanded to bake his bread on human dung (Ezekiel 4:12,15), he replaces the Septuagint’s kopros with skubala, a passage where the meaning is beyond dispute.

We cannot be sure exactly what meaning Paul had in mind when he says he counts all things like dung, so that he may gain Christ. It was not an obscene word that he uses (obscenity is the topic of my next blog post), but it was strong language nevertheless, simply based on what the word means. And the range of meaning for the word he uses should lead us to reexamine how we regard all those values and obsessions of ours which Paul “trashes” (literally). Compared with the value of knowing Christ, everything else to which we devote our lives is “dung.” Do we truly believe that? And do we live like we believe it? To what extent are we like the famished besieged people of Jerusalem, digging through sewers and dungpiles to satisfy our souls? Can we bring ourselves to truly believe and live, controlled by the knowledge that compared to Christ, all of the rest is garbage, junk, even (as King James renders it) dung? 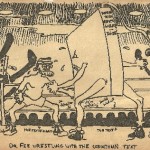 July 24, 2017
Fun with Biblical Words and Culture
Next Post 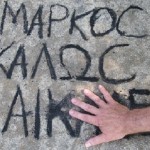 July 24, 2017 What Does the Bible Teach About Obscene Language?
Recent Comments
0 | Leave a Comment
Browse Our Archives
get the latest from
Evangelical
Sign up for our newsletter
POPULAR AT PATHEOS Evangelical
1 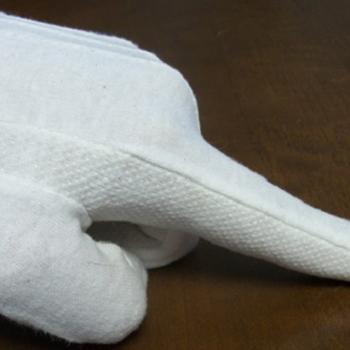 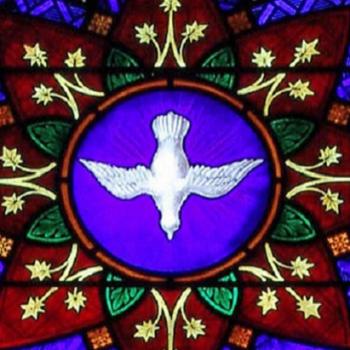 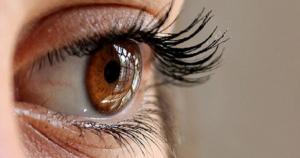