An Androgynous Adam? My Thoughts on a Fringe Speculation

Novelty is never something you want to aim for when building your case for a theological conclusion. Pliny the Elder wrote that human nature craves novelty. We want to find that hidden spark or treasure that neatly puts a neat bow on our curious minds and solves theological problems for us. However, in our quest to make connections where none exist, we often infuse foreign ideas into Scripture to build a case for something that is too often evident already.

My journey towards egalitarianism involved soul-searching and thoroughly examining relevant Bible passages that aim for historical and cultural integrity. I am convinced that God intends both men and women have equal authority in marriage and that women are open to holding any ecclesiastical office and men. Why introduce concepts that build the case for equality without testing those ideas relevant to the thought life of the ancient culture into which it was written?

There are complex and compelling arguments on both sides of the complementarian / egalitarian debate. By complementarian, I am referring to an interpretation of relevant texts that assign hierarchical roles within the family and church based on gender. Egalitarianism consequently relates to equality in roles between men and women inside the marriage and in the church. Verses relevant to the debate include Ephesians 5:22-24 which reads

Let a woman learn quietly with all submissiveness. I do not permit a woman to teach or to exercise authority over a man; rather, she is to remain quiet. For Adam was formed first, then Eve; and Adam was not deceived, but the woman was deceived and became a transgressor.

Likewise, wives, be subject to your own husbands, so that even if some do not obey the word, they may be won without a word by the conduct of their wives, when they see your respectful and pure conduct.

When we read these verses without the relevancy of the literary context, genre, and the historical and contextual moment, it would seem women are subject to their husbands with no reciprocity. This subjugation is not to be harsh or demanding but loving and kind. The problem with this thinking is subjugation is still subjugation. For the complementarian, hierarchy is a God-ordained state of affairs between men and women.

Other texts give more or less the same message. Man did not come from woman, but woman from man. Adam was formed first, then Eve. Is this why God ordained hierarchy, or was hierarchy the result of the Fall? We don’t read of any power imbalances between Adam and Eve until Yahweh explains to Eve the consequences of her sinful actions in Genesis 3:16. In this passage, we read

To the woman he said, I will surely multiply your pain in childbearing; in pain you shall bring forth children.Your desire shall be contrary to your husband, but he shall rule over you.”

Much ink has been spilled over the intended meanings of the words desire and rule, but suffice it to say, we can logically argue the idea of hierarchy between men and women results from sin. The hierarchy was not God’s intended purpose for the married couple or any universally prescribed marriage roles. Sin permeated creation and humankind. Patriarchy determined how societies were run. Patriarchy is evident not only in most ancient pagan cultures but in the nation of Israel to a lesser degree.

Paul’s basis for his argument that women are not to teach or exercise authority over a man is rooted in the cultural moment. We see this introduced earlier in the letter when he writes in 1 Timothy 1:3,

As I urged you when I was going to Macedonia, remain at Ephesus so that you may charge certain persons not to teach any different doctrine, nor to devote themselves to myths and endless genealogies, which promote speculations rather than the stewardshipfrom God that is by faith.

Why would Paul seemingly base his argument on verses 13 and 14 in Genesis 2, where Adam was formed first and then Eve? Also, Eve was deceived and not Adam. Following the flow of Paul’s rationale in verse 14, we can surmise that Paul is describing these deceived women in Ephesus as comparable to Eve as the serpent deceived her. Paul’s reasoning for women’s silence and submission is prescriptive, not descriptive.

Why does Paul say in verse 13 that Adam was formed first and not Eve? How, then, is this relevant to his argument grounding the order of creation to women not teaching but being in submission? Many offer the explanation that the creation order dictates priority. The law of primogeniture places the firstborn in a preferred status over the others. However, as Cynthia Westfall points out, the laws of primogeniture are only relevant among siblings in cultures that dictate inheritance rights. Adam and Eve are not related as siblings. 1 Corinthians 11:2-7 speaks of head coverings grounded in specific practices associated with the culture of Paul’s time. We read in verse 8 that a man is not to wear a head covering when praying because the man was not made from the woman, but the woman was made from the man.

Unfortunately, Paul does not elaborate on why he uses creation order to support his case. Many cultural explanations have been given, but we must accept the simple truth that these verses are obscure in their place in Paul’s argument since in other places Paul teaches mutual submission (Ephesians 5:21) and highlights several women in high ranking church roles (Romans 16).

Was Adam Ungendered Before Eve?

Just as complementarians are guilty of using the law of primogeniture to explain why Paul bases his argument in 1 Timothy 2:13, some egalitarians erroneously introduce ideas foreign to the immediate text to support their conclusions.

The New Revised Standard version speaks of the creation of humanity as a dual unity in Genesis 1:27

The Hebrew word for humanity, ha’adam can also be translated as the man. God created humankind in his image. This humanity consists of both male and female. Genesis 1:7 speaks of God creating the man or humanity (the same word in Hebrew) from the dust of the ground.

After Eve is created from one of Adam’s ribs, Adam declares in Genesis 1:23

This at last is bone of my bones and flesh of my flesh; she shall be called woman, because she was taken out of Man.

Here we find the first instance of Adam’s sexuality as it relates to the woman. The distinction between ‘ish (the man) and ‘ishah (the woman) becomes apparent. Adam is male as he relates to Eve. Was Adam sexless or androgynous before Eve was formed? Several rabbinic teachings affirm Adam as an androgynous creation. Feminist and Biblical scholar Phyllis Trible also suggests the same idea.

Suppose Adam was androgynous before Genesis 2:22. In that case, egalitarians can confidently say that men had no hierarchical priority over women because male and female were useless descriptions of humanity prior to Eve. Thus, Paul’s argument for creation order must not relate Genesis to his prohibition of women teaching.

The problem, however is that Paul does speak of creation order at least twice – once in 1 Timothy 2:13 and secondly in 1 Corinthians 11:8.

We need not introduce foreign ideas to the Scripture that is neither supported nor confirmed by many well-respected Biblical scholars. Although I love a good challenge to my preconceived notions of Biblical truth, I must distinguish good scholarship from novelty.

No Need to Grasp For Straws

I have no problem with God creating Adam anatomically as male in the garden of Eden and forming a woman from Adam’s side sometime later. We have a beautiful picture of the unity of marriage with the diversity of male and female with the covenant between the man and woman in Genesis 2:24 when God says of them,

Therefore a man shall leave his father and his mother and hold fast to his wife, and they shall become one flesh.

As we see a separation of the woman from the man in the garden, we see a reunion in the new relationship of marriage.  In the New Testament male and female remain complements of the human being. In Galatians 3:28, Paul denies male and female division in Christ.  God’s purpose in the new creation is to make us like Christ.

August 15, 2022
Ministers not Leaders: A Lesson For the Church From Matthew's Gospel
Next Post 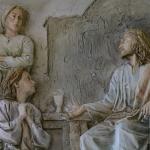 August 30, 2022 The Unbiblical Innovation of Biblical Manhood and Womanhood
Recent Comments
0 | Leave a Comment
Browse Our Archives
Related posts from Toward a New Creation 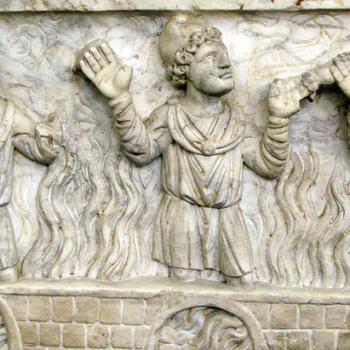 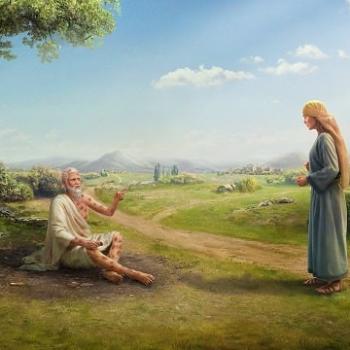 Evangelical
Blessing or Curse: Could We Be Wrong About...
Toward a New Creation 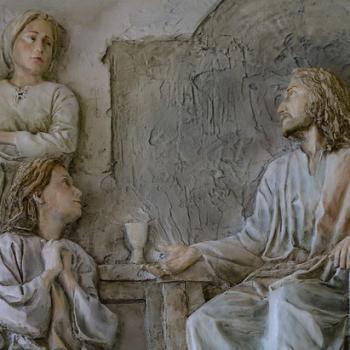 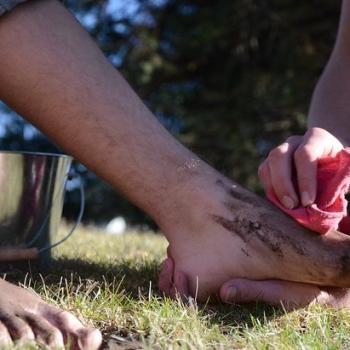 Evangelical
Ministers not Leaders: A Lesson For the Church...
Toward a New Creation
TRENDING AT PATHEOS Evangelical