Quitting Ministry: The Day A Parent’s Pain Was Understood 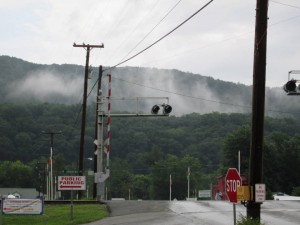 A parent’s pain was about to erupt like a volcano as I sat shaking in my chair on the verge of tears. I was in a small room surrounded by Progressive and Progressive Curious Christians. Former evangelical leader Frank Schaeffer and open lesbian minister Kimberly Knight were both leading panels at Wild Goose Festival. It was summer of 2013. My son was not yet out as transgender but was out as a lesbian. I was still a minister at this point, but I was beginning to deconstruct my faith and question it. I was barely there faith wise but I knew nothing else vocationally.

Shortly before walking into the panel, I sent my son a text asking him how he was. He had told me he had a rough day with someone mocking his orientation. Right before entering the panel room, a friend introduced me to a young baptist youth minister. “Pat’s kid is gay. You should talk to him.” From there I had this young man tell me the verses that make it clear in his mind that gay people are abominations. When I started to get more aggressive in my tone to match his tone, my “friend” reminded me that this is a complex issue and I need to be respectful of his concerns.

“Respectful? Complex? He just told me my kid is an abomination and going to hell.” I walked away and did not know who I was more angry at. This kid who was leading youth to immeasurable harm or my self proclaimed advocate for GLBTQIA people telling me I need to understand his side while he hurts me by insulting my child.

I sat in my chair. I wish I could tell you the trigger that caused me to break. I was only half tuned into the session as I sat there and thought of all the adventures we had been through as parent and child. My love for my kid and my concern for him. The thoughts of my recent divorce and my crumbling church and faith hit me. It was all too much.

I shook in the chair. The lower lip trembled. My “friend” was two seats to my right and the youth pastor was a row behind me. ‘Not in front of them’, I thought.  Then the tears welled up and the sobbing started as I spoke of my pain.

“There’s nothing wrong with my child. There’s no abomination or sin. Don’t they know how hard it is on a child to hear this garbage? I’m told to be patient, to understand. They are hurting children. My child. Am I supposed to be patient? I’m afraid of my kid dying. Depression is already at the door because of this crap. And I feel guilty for having pain because I’m not the one who’s told I’m a mistake and abomination every damn day.” That was not the exact rant, but it was along those lines between the heaving sobs.

I felt a hand of comfort on my sweat covered shoulder. Schaeffer said some extremely kind and encouraging words to me and told me to tell my child that he thinks my kid is precious and just fine the way he is. Then Kimberly Knight stepped in.

Kimberly Knight told me that is was BS and she was also tired of allies who defend fundamental harm. She said that it is not my job to build the bridge for the fundamentalist. Let someone else do that. Be a parent and focus on that. She then invited me to come to her campsite later that evening to talk some more. She said all of this far more eloquently than I just reflected. It was compassionate, honest, beautiful and knowing.

I sat there staring at the floor letting the pain out vacillating between quiet tears and reflections. When I looked up, my “friend” and the others I came with were nowhere to be found. Knight and Schaeffer were still there. Strangers understood, friends left me alone. I went outside and lit a cigarette as I leaned against a post. I was drained. I felt alone.

A young teenage girl wearing some church ministry tee shirt came walking over to me.

“Is your dad a Christian?” I asked.

“He’s an Episcopal Priest. He’s here rubbing shoulders with authors and speakers pretending to accept things he doesn’t to get published.” She started crying. “I just want him to love me and he can’t. Not as I am.” Next thing I know I have a child’s tears in my left shoulder.

When Sam was done crying I thanked her and asked a question. “Sam. Was it your hand on my shoulder?” She nodded. She said she had to go work a tent she volunteered for.

“Thank you, Sam.” I said as she walked away. She smiled. No, she beamed.

I interact with a lot of parents of GLBTQIA kids. We are friends and we have a unique bond. Often, many of us feel guilty about our pain and we hold it in because we think our pain cannot possibly compare to the pain of our kids. So we hold it in.

I’m not an ally. I’m not an ambassador to a transphobic’s sensitivities. I am my son’s father.

April 16, 2017
Easter Then and Easter Now: Why Some of us are Difficult
Next Post