Homecoming Horrors And A Taxi Driver Who Saved My Son

Homecoming Horrors And A Taxi Driver Who Saved My Son May 4, 2017 Patrick L Green

What happens when homecoming goes from being a rite of passage to a traumatic experience? My transgender son’s first homecoming was a house of horrors. I’m going to take you back in time to when I worked for a taxi company.

For those who do not know, here is some context about me. After I left the ministry, I drove a taxi for a year and a half. I deconstructed my faith in that taxi and entered the secular world. If you ever want to learn more about that, I wrote a book called, “Night Moves: An Ex Preacher’s Journey To Hell in A Taxi”. Though I never saw a dime from the Amazon Kindle sales from my publisher, it would be an honor if you read it. Anyway, back to the story.

Freshman year of high school, my son wanted to go to his first homecoming at Bolingbrook High School. This is a school he no longer attends, thankfully. It was an exciting time. I had him that weekend. The day before his freshman homecoming we went to the store and got him his first suit. I got to teach him how to tie a necktie. He was dashing in black and so very excited.

I had to work the night of his homecoming. I was no longer driving a taxi, but I was the overnight shift lead on weekends. I was going to drop him off at the school and then at 10:30, one of our taxis was going to come get him and take him to my condo or to a restaurant with friends if we wished.

He was so excited to be in his first suit and he could not wait to be with his friends on his first high school homecoming dance. I dropped him off at the front entrance at about 6:30 and then high tailed it to Joliet to get to work. I sat in my desk next to the dispatcher and assisted her on the phones and on the radios as needed ensuring all was running smoothly. Things do not get weird on a weekend night until 11, so we were relaxed.

Then, my cell phone rang at 8PM. It was my son. I answered it and there was that noise that every parent knows. When they are babies you know the normal cry and then the blood curdling cry from the depths of their being that has you drop everything and run to them at top speed because you know whatever is wrong is serious. This is the cry you almost never hear, but when you do, your heart breaks. This was not a cry, but his voice had that same tone. A tone that struck terror into me.

“What’s going on? What happened?” I asked with my heart racing.

“Go to an adult and tell me what is going on.” I looked at our dispatcher, Mary, and motioned to her that I was going outside. The phone was on speaker, she heard the whole thing.

“I went to an adult. It’s no use. Please, dad. Please.” He was breathing heavily and I was in full panic mode. I went outside with the phone and I could feel my knees tremble as I leaned against the brick exterior wall and lit a cigarette. I could not get anything out of him. He sounded scared and in pain. I told him I was gonna be there as soon as I could.

I went inside and was about to grab my coat and keys. Mary looked at me and said, “I got someone on the way to your kid, Pat. I knew I could get someone there faster than you.”

“Only driver I know that can break land speed records if he has to besides you.” She said.

“Yeah. Car 8 is on it’s way.” She said as she entered data into the computer.

“I told him your kid needed a rescue run. He’s on his way to Bolingbrook now. Now go call your kid and find out what entrance 8 needs to go to.” She said bluntly but with compassion. I looked at the GPS screen where we could track the drivers. Mark was already less than ten minutes away. I did not think it was possible to get from Joliet to Bolingbrook that fast.

I called my son back, told him Mark was on his way and asked what entrance he should go to. I got on the radio to Mark on a private channel.

“8. When you get to the school, go to the main entrance on the backside. You will see two large entrances. One says the high school name, the other says auditorium. He will be between those two. Copy?”

“Thank you Mark. I dunno what’s wrong, but be ready. Just…thank you.”

Mark was about my age. He stood taller than I did, had an imposing frame with a beard and a long pony tail. He was ex military. If I remember correctly, special forces or ops or something like that. He was gentle, but you could see the years on him and his lack of fear in the storms of life. He knew my son and my son trusted him. Mary made the right call. I kept one eye on the screen while attending to my other duties. From the school it was a 20 minute drive to my condo. I felt every minute of it. When Mark saw my child had entered the condo he reported that he was clear. I got on the private channel again.

“Mostly just quiet. You could tell that whatever went wrong, it went really wrong.”

The hours ticked by. The bars close at 2 am but things are still chaotic during that hour. At 3AM I was able to clock out and head home. When I got home, my son was still awake and I went over and just held him. I held him until I felt the calm restore and asked him what had happened.

Many of his friends are LGBTQIA. They were all dancing together. Some of the upper classmen started teasing them and intimidating them. My son did what he was supposed to and went to an adult chaperone. Instead of dealing with the matter, the adult chaperone (a volunteer from the PTA) essentially told my child that if they were more normal and blended in better, this would not be an issue. It was at that moment that he and his friends knew that they were not safe. They had nowhere to turn to. All they could do was leave.

Monday morning came. I dropped my son off at the school, parked, and the principle got a parent’s wrath. The adult that put my kid in that situation never worked another school event that year. Nothing happened to the upper classmen. For the rest of that school year the principle learned to not like my phone calls and emails as I stood for my son’s rights. But the damage was done.

The rest of the school year his grades would drop. He missed a lot of days. Depression and fear set in. School was hell on earth. It was not safe. It was not good and he trusted no one to protect him. Over the Summer my ex wife would sell the house and move to another town that had a more accepting school with programs in place.

He is now in his junior year. He is an AP honors student with excellent grades. My son enjoys drama club and excels in most of classes, especially AP Spanish. He goes to dances, attends school events, almost never misses school, and has friends. He is safe and the few times there have been incidents, the administration and staff are there for him. When his name change was legal, two of his teaches expressed to him how proud they were of him.

That night a taxi driver and a dispatcher did more for a child than an entire school administration and staff. Think about that. Let that sink in. I’ll wait. 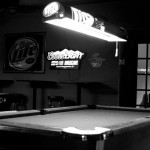