The First Time At A Public Restroom And The Reality Of Fear June 24, 2017 Patrick L Green 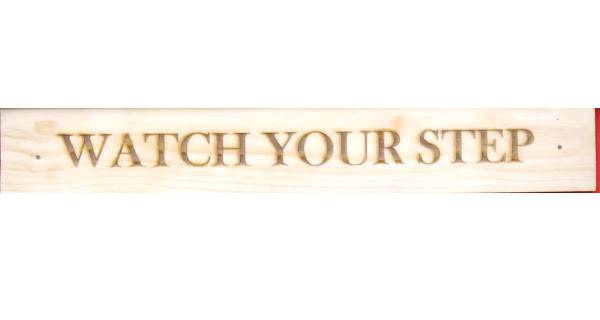 We were out with a group of friends to see a movie. During the movie previews my son looks at me and whispers, “Dad, I have to go to the restroom.” I looked at him and there was fear bordering on panic. This was his first time at a public restroom and I knew it. I nodded, assured him it would be all right, and we left our seats.

As we left the theater I quietly asked him, “You’ve been to the restroom at school, right?”

“Yeah, but it’s different,” he said, “I’m allowed there and there are rules.” he replied.

Another movie had just let out so the restroom was a little crowded when we went in. He went into a stall and I went to a urinal. I was finished before he was so I took my time washing my hands. When I was done with that I stood by the hand dryers and pretended to be lost in my phone. In time he came out and his eyes darted around nervously looking for me. When he saw me he went to wash his hands and then stepped out. I followed a few steps behind him. We went back to our seats as the last preview was airing. As the movie started, I gave his arm a firm squeeze and looked at him, smiled, and said, “I’m proud of you.”

We enjoyed the movie. Periodically, I replayed the events in my mind. While he was in the stall I was nervous and looking about surreptitiously. Could I identify a hater? What if one of the men recognized my child had breasts and put two and two together? What if that person was some kind of hater. Who in this room is dangerous and who is not? How quickly can I disable a person if things get physical? I have not been in a fight since you drove a taxi.

Those were the thoughts. Fear. Awareness. Concern. The reality was as follows. He went into a restroom stall and relieved bodily waste while several other people did the same thing. Then he washed his hands which about half of the people there did. Finally, he left the restroom. No one looked at him. No one cared. They were all there to go to the restroom. Some of them washed their hands.

Then I thought about the ladies room. It’s entirely possible a trans woman had to use the bathroom just across the hall from us. She likely went into a stall, flushed, and hopefully washed her hands.

There is also something else that did not happen. No one flashed their genitals at anyone. No one saw anyone else’s genitals. This fear that republicans, Christians, and TERFS spew about is not how public restrooms are designed.

It’s not about bathrooms any more than it was about drinking fountains decades ago. This is about hate. They can write and speak their concerns so reasonably, but hate speech with a smile is still hate speech.

I was there with him that night. If something were to go awry, I was prepared. But he’s 17 now. I’m not always going to be there. He’s on his own and that is a thought that keeps me up sometimes. Yes, he has a black belt in TaeKwanDo. He has quite a few medals and trophies for competition sparring. His training came from a Korean university facility and not some American belt mill making parents and kids feel a false sense of accomplishment. But he has never had to defend himself in a real life circumstance. The rules are different in a real fight.

Just as almost no one is running about public restrooms flashing their genitals at everyone in the room, almost no one is running about bathrooms looking to pick a fight with someone who is different. That said, as we saw in the wake of Target’s bathroom policy, people who hate and fear transgender people became self proclaimed bathroom monitors and have even assaulted a few people.

Armed men and women, in the name of the republican baby Jesus, are patrolling public restrooms to make sure everyone in there is cisgender. This is the America we live in. Going to the washroom’s greatest fear should be cleanliness.

I know that many will tell me, and have told me, that the answer is gender neutral bathrooms. That is great and I appreciate every time I go into a facility that has one. The reality is, that is not our current reality and my kid still has to pee at the movie theater today.

June 23, 2017
DeVos and Trump's Mixed Messages to Transgender Youth Is Deadly
Next Post

June 28, 2017 Pride Parades, Private Enterprise, And Nowhere For Hate To Shop
Recent Comments
0 | Leave a Comment
Browse Our Archives
get the latest updates from
TransParent Expedition
and the Patheos
Nonreligious
Channel
POPULAR AT PATHEOS Nonreligious
1

Pastor left puzzled as to why...
The Freethinker
Related posts from TransParent Expedition