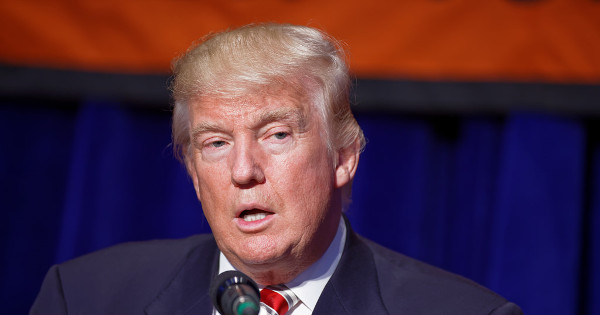 Everyone reading this likely already knows that with a series of tweets, President Trump barred transgender people from serving in the military. He changed military policy with a tweet rant. I was just finishing yesterday’s post when the news broke. I was angry. The reaction was so visceral I almost shelved yesterday’s post to write about this new news because I was an angry cis ally. The pause button was hit. I blame Dan Rather for the pause.

I saw Dan Rather being interviewed once. The interview was more than a decade ago but one part of it stuck with me. He was asked about our instant information and the impact on journalism. The concern that he had is while we are throwing up the information live on a 24/7 cycle, we have lost sight of hitting the pause button and telling the story with reflections and understanding. There were reactions filling up my social media. I decided to hit the pause button. This was because I wanted to see how this story developed. I wanted to reflect on it instead of react to it.

I went on with my day that included a job interview. My son sent me a text that he was on his way to the emergency room. A friend was driving him. They were 15 minutes from the hospital. Per GPS I was 38. I used to be a cab driver, I got there within 5 minutes of them.

The next 5 hours would be spent in the hospital as test after test was handled. In a few cases I had to deflect trans broken arm syndrome. I was no longer thinking about what to write, I was focused on being a father. When the excitement died down and we were able to go home with a brief stop at the pharmacy, I resumed watching the news and reading reactions with my emotional compass and priorities recalibrated.

The news had more information that they repeated again and again and again. Then they had panels speaking incessantly on the repeated information. Some of the perspectives and some of the information was great. Some of it was useful and some of it was sound bites meant to appeal to confirmation bias of both sides of the issue. Then I went to social media. Social media had a lot of perspectives. I saw the reactions of transgender and cisgender active military and ex military people. There was also the perspective of transgender civilians and their allies. Finally, there was the reactions of supporters of Trump.

There was one blog that caught my attention. It was written by Angela Dumlao, a trans and gender non conforming blogger (Call Me They). It was essentially an open letter “To the cis person angrily sharing news of the Trump transgender military ban“. The first thing that caught my attention was how many self proclaimed allies were insulting Angela and their blog. So I read it. It was a profound call to allies on how to be better allies. Their advice was helpful and non accusatory. Quite simply, it was better then my blog to allies. I do not think I would do a very good job summing it up, but I implore you to read it. It is, as the Ted talks say, an idea worth sharing.

So after all of this, what are my thoughts?

What I know is that Trump made a policy change via Twitter. He said he consulted generals on the matter and that part of his reasoning was the financial burden placed on the government for transitional care. Trump also seemed to suggest having transgender soldiers weakens the military. We know that many military leaders are shocked by this and the tweet was how they found out about this policy shift. This tweet was also how thousands of transgender soldiers learned that they were not welcome to serve. The expenses of transition care for transgender military persons is less than many other medical procedures the military pays for without question.

We do not know who he actually spoke with. It is unknown what will happen to thousands of transgender military persons and their families. There are a lot of unknowns here and we can only speculate for now as we watch this unfold.

As the parent of a transgender teen and friend to many in the LGBTQIA community, I am angry at Trump. It is in my opinion that he may have an untreated mental illness and he tweets policy based on his racing thoughts. His past claimed support to the LGBTQIA Americans is a lie, but that is par for the course as he lies about a lot of things. He reminds me of that insecure middle aged balding guy at the bar who owns a Porsche and will do and say anything to get laid. I do not like him, respect him, or trust him.

I also know what impact this has had on my son. My son has no interest in joining the military. But he does have relatives that voted for and supported Trump. When Trump won, he was scared and those same people told him he had nothing to fear and he would see. He has quietly suffered trying to understand how people who claim to love him voted for a ticket that oppose his rights and his dignity. His phrasing to me with tears welling up in his eyes has been, “How could they vote against my safety and best interests and say they love me?”

How does this decision affect me? Directly, it does not. But I am angry and hurt and scared. I am also helpless to do anything to change this policy change. I have read many cisgender angry rants about this and they do not change anything either.

All I can do right now is take the advice of Angela Dumlao. They said some helpful things to cisgender allies. I do not use the word ally for myself. I am a father, but the advice applies to me. Right now there are active trans military and trans vets who have no idea how they are going to be affected. This is not my story. This is not about me. It would be insulting and demeaning for me to ask the cis community to protect them. They are not infants. I can stand with them and follow their lead. I’ll ask the transgender people I know what I can do to support and stand with them and follow their lead. There will be a commitment to do all the other things they suggest.

Angela has one quote in their blog that struck me. It is as follows:

You likely won’t get Trump to stop being terrible. But you can look in the mirror and be better.

They are right. That is all I can do. And with my anger right now and my concern for my son and his peers, another quote comes to mind. It is from Dr Maya Angelou.

You should be angry. You must not be bitter. Bitterness is like cancer. It eats upon the host. It doesn’t do anything to the object of its displeasure. So use that anger. You write it. You paint it. You dance it. You march it. You vote it. You do everything about it. You talk it. Never stop talking it.

So yes, I will continue to write and create art in regard to my anger. I will vote, march, and talk about it. What I will not do is lead the charge. That is not standing with, that is standing for. The thousands of transgender active military and vets went through basic, many served in combat. They can stand for themselves. They are not shrinking violets. Neither is my son. They could make better use of my support than pity.

Know this, though. I am angry and currently am offering no quarter to Trump supporters, transphobes, and self proclaimed allies who do not want to listen to the trans community.

I have one final thing to say as a father. If any of my son’s relatives who voted for Trump and told my son that he does not understand the finer points of politics are reading this, read on. You did vote against my child’s best interests and it is you who did not understand. If you truly love him, you owe him an apology and you need to stand with him and help undo some of the damage you were contributory to creating. You voted against my child’s rights and safety. That is not love. Make it right.