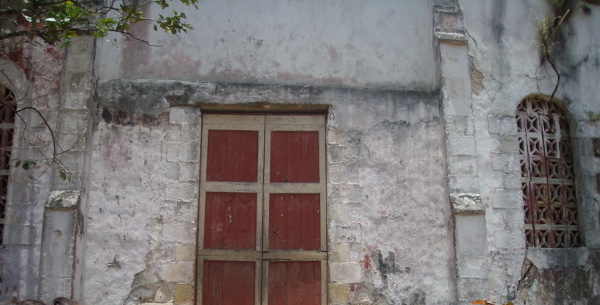 The mainline church is very diverse. Yesterday I focused on the UCC. I am broadening the scope on this one. There are some common threads to mainline denominations and differences. The reason they are called mainline denominations is what fascinates me. They are called mainline because they are thought to be the oldest and most influential branches of protestantism in the U.S. Most people think of the mainline churches as more liberal, open to higher criticism, traditional in their expression and polity and so forth. I will be focusing on a narrow few for this one. The UMC, the ELCA, and the Episcopal Church.

When I was a minister in Lockport, Il. I was a member and past president of the area clergy alliance. In it, we had 2 United Methodist Churches, an Evangelical Lutheran Church of America (ELCA), and an Episcopal Church. The American Baptist Church did have a church in town but he refused to play in the sandbox with the rest of us.

The two UMC churches. Between them there were three ministers. I did not have much interaction with many of the members of both churches. They were small and most of the congregations seemed to be elderly. The Sr Pastor of one of the churches was a woman with decades in the field. She was very pro LGTBTQIA in her speech. As was the first pastor of the other UMC church. He moved on to another assignment and they got a very kind man to take his place. He is really nice and he talks about a lot of really nice things. Frankly, I do not know that anyone knows anything about what he thinks regarding any matter. He’s just genuinely sweet and polite and kind.

The ELCA churches. There were two. One was on the outskirts of town. Technically they were the next town over. Very accepting and affirming in speech and from the pastor down to the person in the pew in the back row they were excited about that fact. They did not have anyone who was openly gay in their church though. They had a lot of flags and enthusiasm, but no takers.

I figured it out one day when members of all seven churches were working on a project together. Some of the kids in my youth outreach helped and several of them were LGBTQIA. Well, these middle aged ladies grabbed on to our young gay teens and tried to be their bestest buddies ever. It made the kids feel uncomfortable because the sole reason for relationship was orientation. It was like that bad stereotype of the upper middle class princess wanting a token gay friend as a playmate to have manis and pedis with.

The other ELCA church had a man whom I had the utmost respect for, and still do. He was 15 or 20 years my senior. This man was in excellent shape with wit and a good demeanor that has fire behind it if he wanted to unleash something. He never went to my youth outreach, but when we did joint events together, he always remembered the names of the teens and young adults in my church. Like an elderly great uncle he would talk to them and engage with them in such a way that they would feel safe talking about their lives with him.

Now to the Episcopal Church. The rector was one of my best friends when I was in ministry. I used to poke my head in the door during Wednesday mass and take part. I enjoyed seeing middle aged openly gay people and senior citizens enjoy communion and hugs together. Were they accepting and affirming? Yes. They were the gold standard in that town for accepting and affirming. It was nothing that needed to be discussed because it was normalized and interwoven into the very fabric of the culture and congregation.

Now for the double edge of the sword. When it was time to protest or to march. When it was time to go to a city hall meeting or school board meeting. In these critical times and moments for the LGBTQIA community, I could not even count on these men and women for a letter in the local paper, let alone standing side by side with me. In every instance it was the same reason. My congregation and board does not or would not approve. I cannot. They were emasculated by their congregations.

They saw my church and they knew the costs. When we got vocal about out support of LGBTQIA people and POC in a small white town full of American flags, churches, and privilege, there was a cost.

Yeah, the LGBTQIA and youth of color started coming to our church. When that happened, the white people who wrote most of the checks were nowhere to be seen. They said they loved these people, not not enough to sit next to them. The other congregations largely had the same issue. They claim to love others, but not to the extent of welcoming them into full membership, standing for them and with them when they are beaten and abused in their town, or make a stand against hate that is impolite.

I am not going to go into the national issues on this one. The local mirror I held up reflected well some of the issues. I have danced with the UMC on a national level on this blog. They are divided and they either need to tip the scales or split. The ELCA, I feel they need to do the same thing I suggested the UCC should do. Just make affirming positions part of the core values. It is 2017. Finally, the Episcopal Church. They are not perfect. You have some on the east coast with $250,000 rugs in their lobby who will not lift a finger to help the poor right outside, but for the most part, they are there in a non exclusionary way to those who desire and need inclusion most.