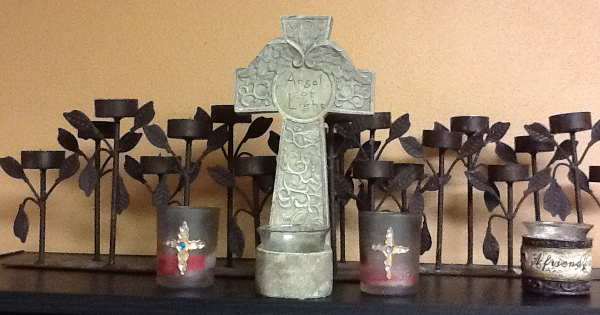 Up until 2012 I was a minister and into 2013 still identified as a christian. My kid came out in 2012. It became a problem, even in the accepting and affirming churches. The issue was magnified as my child was a pastor’s kid. This is a short Summary. Next week I will start going into more details.

My child lived in a fishbowl. There were some that gave him nothing but love. There were others, who in whispers, suggested that my support of LGBTQIA youth in the community somehow turned him gay. Like the gay spreads or is seen as so cool, what kid would not want to do that? He knew about those.

The Conservative and Evangelical Churches

I had people from this subset who did not like my church or my column in the local paper. When this hit the gossip mill, which it did thanks to the people in my church, they had a field day. Ours was already seen by these as a demonic church because of how many people of color and LGBTQIA people were in attendance. There were even some ladies in a multi church prayer group who would pray against our youth outreach.

When this happened, they shared some of the opinions of the people in my church. I had an influence in my child’s orientation and gender identity by simply loving LGBTQIA people.

But then someone took it a step further. Since LGBTQIA is a form of sexual deviancy in their eyes and I supported LGBTQIA youth and my child, I must be a child molester. That took a new form when I found out that a local pizza place’s owner took it upon herself to tell people that bought her pizzas to be careful. I was a registered sex offender. It takes 30 seconds to look up someone on the Illinois Sex Offender Registry. But few took the time to look into that, they just believed without question.

I went into the pizza place with a printout of the offender list, dared them to find my name on it, made a scene, and left. Later, the husband of the woman telling everyone the lies about me called me to apologize and said he fired the delivery person who told her this story. He then went on to say that it was not pastoral for me to go in his shop and raise my voice and it is weird to have a church with so many gays (his words, not mine).

The pastors of the local UCC, ELCA, UMC and Episcopal church were very supportive and good friends. There was a tiny issue. With the exception of one, they were silent when my child or the other LGBTQIA children or adults in the community needed assistance. In my son’s school there was a bullycide epidemic and in the other school in town there were violent assaults on the same demographic of children. I stood alone in every school board meeting, protest, and action.

The Episcopal Church did step up and partner with me in hosting a GSA in their building while the kids tried to get one in the school.

This last one was my tribe at the time. They were supposed to be the most supporting of LGBTQIA people as well as POC. They were the most inclusive. Being the most inclusive was the problem. There was a warped idea of what inclusion and grace meant. I did not realize how toxic it was until I knew I was a parent of an LGBTQIA child.

Their definition of inclusivity allowed for the haters of LGBTQIA and racists to be allowed in and it was on the victim of their hater to reach out to them in grace and in love. The idea of turning the other cheek and all that. They offered no protection for my son and others like him. Many told me that I had to tell a 13 year old to understand their side as they call him an abomination and a threat to the fabric of the American family. He had to be humble to them and take the blows and I had to accept this and see beauty in it. Maybe their god can let monsters hurt and kill his child and call it good, but not me. I am a better father than that.

The church was not safe for my child regardless the camp. I will expound in more detail on each tribe starting next week

September 15, 2017 A Humble Request For Help to do Something That Matters
Recent Comments
0 | Leave a Comment
Browse Our Archives
Follow Us!