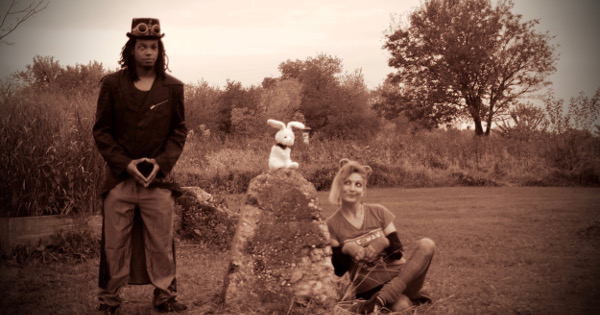 This is a guest blog of sorts. It is a conversation between two people I respect regarding Trump, the church, and narcissism. What does a conversation like this have to do with being a parent of a trans teen? Well, two things. The first is I have written about how the Trump administration has affected my son more than once. Trump’s ACA, DeVoss and Trump’s deadly message, and of course, Trump’s anti trans military policy. Additionally, I used to be a minister who not only left ministry, but deconstructed my faith to humanism as well. On my way out of religion I learned not only how brutal the religious leadership community could be, but also how narcissistic. I’ve spoken with both these people about the matters they address. We do not always agree on all the nuances, but we share many of the same concerns. So sit back, and enjoy a great conversation.

A conversation with David Hayward aka Naked Pastor and religious satirist Becky Garrison about Trump’s relationship with the church.

Becky Garrison: I lived in New York City on and off during the ‘80s and ‘90s. My memory of Trump was that of a charlatan who craved the spotlight. I still can’t believe that he got elected in a large part due to support from Christian conservatives. What was your initial reaction when you learned that 81% of white evangelicals voted for Trump?

David Hayward: November 9, 2016 was a nail on the coffin day. I couldn’t believe it. It was overwhelming to me. Suddenly, It became apparent to me that everybody was delusional, and I had gone right along with it myself. I knew then that we were very toxic, dysfunctional, and unhealthy. I still don’t watch the news anymore. I follow independent journalists on Twitter now, which I find to be more sane.

Garrison: But you live in Canada where your Prime Minster seems sane.

Hayward: True but nobody wants an unhinged person living next door. America affects everything it touches. We are in a relationship with the USA on so many levels. I feel this relationship is being compromised because of Trump.

Garrison: But back to the question as to why so many people who call themselves “Christians” would support a man those in the helping professions have described as having narcissistic and sociopathic tendencies?

Hayward: I did a cartoon of the church kissing his ass. That was a pretty strong cartoon but I really felt it. I felt there was collusion. I find it hard to believe, but some people really seem to believe he’s the savior who will take them to the Promised Land.

Garrison: In an earlier cartoon you noted your observations from interacting with narcissists. This cartoon raises the question as to why does Trump, as well as church leaders expect to have their asses kissed, and why do so many Christians appear willing to bow and kiss their asses?

Hayward: We used to think narcissists are our enemy but now it seems apparent that people like them and want them to be their leader. People are intoxicated with power. The leader is intoxicated with having and wielding power, and the follower is intoxicated with being cared for and wielded by this same power. It’s a symbiotic relationship between those in power and those who are overpowered that allows narcissism to thrive. The intoxicated fan gets taken in by the leader who feels he deserves to be worshipped. I think people are just loving that Trump is totally unleashed. He can’t be controlled, he can’t be managed and I think there are a lot of people who love that in a leader. When I was a pastor, I had tons of pressure from people who wanted me to tell them exactly what to do and exactly what to believe. They honestly told me to my face that that’s why they put me in the position as their pastor: so they could be managed.

Garrison: Perhaps we should now define what we mean by narcissism. Now it’s not wise or ethical to engage in armchair diagnoses.

Garrison: But in my research and your cartoons, we’ve both come across a number of traits that those with narcissism exhibit. Here’s a handy lists of those signs.

If we’re truly honest, we all have some of these traits. But we’re talking about those who exhibit many of these tendencies and then find themselves on the center stage albeit in politics or the pulpit. And given how odious some of these characteristics are, why do so many people gravitate toward these people?

Hayward: A lot of people complain about narcissists but like I said it’s a symbiotic relationship. There’s an agreement with many of the people who are enabling this kind of leaderships. Narcissistic behavior goes across the board from sexual assault to spiritual coercion.

Garrison: And then we have the more covert narcissists. They’re not loud or proud, and in fact may be quiet and shy. They’re the charismatic and seductive ones I wrote about in my piece “To the Spiritual Gurus in My Midst.”

Hayward: I’ve seen all kind of weird narcissistic leadership behaviors. I was at one event where a guy had a bunch of his people there and these people loved him. They loved him so much that they would never dare challenge him on anything. People didn’t want to hurt his feelings. Even though he was controlling them with kindness, you just absolutely knew that you shouldn’t cross him because he would be hurt, then disappointed in you, then you would be singled out as a mean person who was disrupting the harmony of the community, then this would reestablish his rule over the group. Amazing to watch! Narcissistic leaders always find a way to get what they want, whether it’s through brutal dictatorship or emotional manipulation.

Garrison: What role do you see the Christian Industrial Complex playing in promoting a culture of narcissism?

Hayward: Everyone is attracted to the shiny things. Everyone and everything! Even the publishing houses are intoxicated by power as well. The power is where the money is, and the money is where the power is. Who’s going to take a chance on somebody who doesn’t have any influence in that community anymore? You have to sell your soul to the complex in order to be a part of it.

Garrison: In another piece I did for GrokNation, I noted how I became susceptible to collaborating with a mindfulness therapist whom I later realized displayed sociopathic tendencies. I realize how that I was in a vulnerable place when we connected as I had recently moved to Portland and a book project had just imploded.

Hayward: The church’s ability to form community and offer instant friends is both their best asset and their biggest problem. I missed community the most when I walked away from the church. But I don’t miss the cost of having to put up with toxic leadership. It’s not just the evangelical right wing churches but it happens in more liberal spaces as well. Now, there’s a way to have healthy leadership that’s truly democratic and involves the whole community. I’ve experimented with along with community in churches and it does work.

Garrison: Possible, but rare. I’m reminded here of the Greek myths of Narcissus and Echo. Narcissus became in love with his own reflection, and echo found herself lost in his reflection as well. Can we as echos find our voice?

Hayward: The more liberal a society gets, we can expect a greater fundamentalist reaction. In this fight, I’m seeing more and more people are standing up for their own mental and spiritual health and walking away. Women, LGBT folks, people of color, all the marginalized… are speaking out, and the volume is rising. It’s bubbling to the surface. The reaction to this will get stronger as well.

And, no, we can’t cure narcissism but it can be managed. Accountability within an authentic, healthy, and functional community are important ingredients for that to happen.

Garrison: Agreed. But first we need to open our eyes to the Narcissuses in our midst. Only then can we stop echoing their whims and find our own voice. In my opinion, a starting point is to call out those who critique the specks that are in Trump’s eyes but remain blind to the narcissistic logs present in their own eyes. Take for example, Rachel Held Evans, a bestselling Christian author and blogger, who has been very vocal about her opposition to Trump branded Christianity. Yet she continues to throw her support behind the US emergent crew despite their history of abuses toward women, LGBT folks and POC. She also has her own history of blocking on social media those who dare to differ with her. I don’t want let the #HarveyWeinstein buzz die down, but rather I want use this momentum to call out all forms of abuse.

This was a guest post by Becky Garrison. Unless otherwise noted, TransParent Expedition guest posts are not subject to editing for either content or style beyond minor corrections, so guest contributors speak for themselves and not for me (Pat Green). No further endorsement is implied.

To learn more about Becky Garrison and her writings, please visit her website.

Finally, for anyone going through a period of questions about your faith or life philosophy or just feel like a square peg in a world of round holes, please learn more about David’s online community, The Lasting Supper. It is a space where I was able to ask hard questions when my faith and beliefs were changing. It is also a space where I have made a few adult friends in the LGBTQIA community with a similar faith background to me. They have not only enriched my life, but helped me gain a little more insight into my child’s life.

October 13, 2017
Wrapping Up Religion Series With a Cis Gender Taxi Driver
Next Post

October 20, 2017 A Parent's Joy as I Celebrate My Son and Transgender Lives
Recent Comments
0 | Leave a Comment
Browse Our Archives
get the latest from
TransParent Expedition
Sign up for our newsletter
POPULAR AT PATHEOS Nonreligious
1

Beer Served In A Dead Squirrel? - The...
Sweden's Disgusting Food Museum has a new exhibit featuring disgusting alcohol. If...
view all Nonreligious blogs
What Are Your Thoughts?leave a comment
Copyright 2008-2020, Patheos. All rights reserved.