Discussions We’re Not Having: Reasoned Conversation Vs Conflict 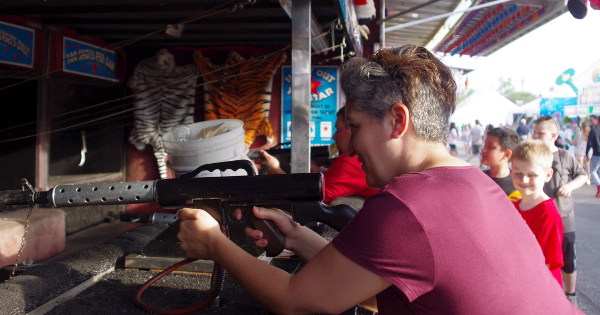 About a month ago, someone I know misgendered someone else I know. I was starting the correction of pronouns with conflict when my son stepped in and made a more reasoned correction. A few minutes later he looked at me and said, “Dad, sometimes we need you to be our bulldog, other times, conversation works.” I know this, I have always known this. Sometimes I try conversation and later find it is a trap. Other times I go for conflict and I shut down someone who just wanted honest knowledge. Still other times, I get them both right.

The reasonable conversation trap. This is something that you see some people use often. Trangenderism is a word that is often cheese on the mousetrap of reasonable conversation. I honestly try to give people the benefit of the doubt, but use of this term often makes me suspicious. Innocently, I see the word used by people who’s native language is not english. That is fine. I see the word used by people sometimes innocently who do not know there are better terms or better way of saying things. When my son came out he corrected me often on terms. Sometimes I would say my son is a transgendered. He would visibly roll his eyes and explain to be that he is not a transgendered and being trans is a current event as opposed to a past one. But there are people and groups that know that words matter.

Evangelical author and speaker James Dobson and his creations, Focus on the Family, Family Talk, and Alliance Defending Freedom use this term. They use it in print, on the radio, on television, and on legislative floors and lobby groups and in school offices when they actively to restrict the rights of transgender children.

When I hear this term used in a certain context, it often carries the fingerprints of this mindset. In the Evangelical Dobson like mindset, ism is a carefully chosen word. It carries with is the suggestion that this is a condition that can be “corrected” or “cured” when used in context. Other times, in context, the ism is positioned as a political philosophy that is separated from their theistic moral “truths”. The term separates the person from the identity and instead makes it a choice or an agenda driven philosophy. I bring this up because I have encountered this a few times.

The term transgenderism is started by a person and then they go on to describe how they accept other people despite their misgivings. They state that they are unsure if it is child abuse to encourage a child in this “belief” that they are “a transgendered with transgenderism.” Eventually, I call bs on the terminology, correct the terms usage and the idea that this is a choice, a delusion, or an agenda. Now comes the trap. I am told that “this is why we cannot have reasonable conversations on the matter”.

The usage of this term is so prevalent as a means od dismissing trans people that recently elected official Danica Roem, who is a tran woman, showed how the term was used when she was running for office.  When you are in a disingenuous conversation where hatred and diminishment of of an entire demographic is treated as a valid subject matter, you no longer have to be polite. Polite is thinly veiled hate and we are seeing groups like Evangelicals, the GOP, and the Alt-Right use this tactic all too often.

On the other side you encounter people who do not take the time to study these issues who honestly do not know the right terms or data on gender or sexual orientation. They would be open to the ideas and genuinely want to understand.

Sometimes, myself included, allies will shut these people down who have earnest and honest questions. This is bullying, plain and simple. I have been guilty of it and I am uncomfortable when I realize what I have done. In my defense, I et clouded by the constant assault on people like my son and have had to live in a world where fellow parents of trans people have had to bury or hospitalize their children over suicide. However, I still need to breathe, count to ten, and try to assess the person’s intent in the conversation. Using an incorrect term because you do not know better is not an unpardonable offense.

Those who desire to know more and are genuine do not always know how to get the information and that can be frustrating. You have to remind them of how to conduct this. They meet a trans person and then treat them as if they are their personal information resource. Nope. They say information is so hard to find. Yet, when we were in high school and college we were all taught how to get information, cite information, and vet information. Part of our education was critical thinking. They can be reminded of this in simple ways.

I recently had a conversation with a woman who insisted the term they or them as a personal pronoun was grammatically incorrect. I asked her to use her phone to look up the word in webster’s or the oxford. Sure enough, she found the english language was not being butchered. This was handled in humor and friendliness and made the point. Assumptions can be challenge with authoritative research and anyone can do it.

In matteres of LGBTQIA rights, Black Lives Matter, rape culture, and other matters, we are going to encounter people who simply need information and others who have an agenda. I know that this is not a popular view, but we do not have to be nice to those who proactively are trying to diminsh the rights and worth of others. Just because they use nice tones and a smile does mean they are nice people. COnversely, there are good people who are going to say stupid things.

I will close with a youtube video by Patton Oswalt titled, “Listen to Their Heart”.

I find bit of it uncomfortable, but the overall message is solid.

November 29, 2017
Discussions We're Not Having Pt 1: Beyond Our Tribe Vs Theirs
Next Post

December 1, 2017 The Discussions We Don't Have: The Seemingly Normal Day
Recent Comments
0 | Leave a Comment
Browse Our Archives
Follow Us!

Trump Poses With Bible After Mobilizing Military Against...
Shades Of Theocracy: President Donald Trump posed with a Bible in front...
view all Nonreligious blogs
What Are Your Thoughts?leave a comment
Copyright 2008-2020, Patheos. All rights reserved.