Gender Based Sleepover Rules Are Silly When Yer TransParent 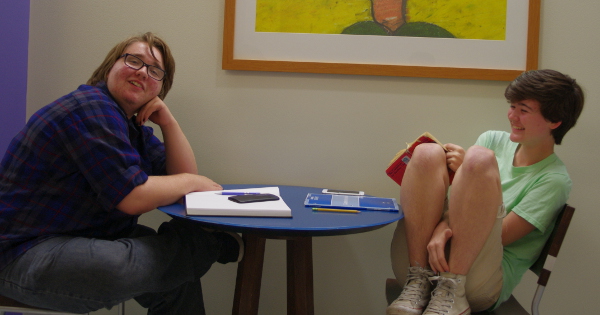 When I used to be a minister there was a tradition called church lock ins. It was basically a sleepover for the teens in the church with games and activities. It was co-ed in most cases and we kept all the teens in a central area with adult supervision. Parents often get this panicked look in their eyes at the thought of a co-ed sleepover at their house. One thing many parents of transgender and LGBTQIA kids in general know is this, gender sleepover rules are silly.

This concept of same assigned gender sleepovers to prevent sexual interaction is not only naive, but it can also be discriminatory. It assumes the worst in our children.  I would also go so far as to say that this rule is something parents put in place to avoid the responsibility that their suburban lifestyle has told them is a burden. That burden is simple adult supervision with a dash of trust in the children we raised well.

Let me cover the naive really quick. In today’s world we have more open diversity of gender expression and sexual orientation. This is not a scary thing, it is merely a fact. If you have three teens in a room, you could, for instance,  have a genderfluid pansexual, a lesbian cisgender, and a straight cisgender teen. To assume that having all the kids be the same assigned gender will resolve the issue of attraction is not realistic.

Let me cover the discrimination aspect. My son has a hard time with sleepovers. The parents of girls often do not want him over because he is a boy. The parents of boys often ondo not want him over because he is not cisgender and “used to be a girl”.  That last sentence even hurts to write. This is not an uncommon problem for transgender teens. This is the case regardless of the other parents being conservative or liberal, their bias about transgender or any other aspect of LGBTQIA gets in the way of allowing our kids from having normative experiences with their kids.

If you are a parent and you truly want to have a sleepover without any issues or problems, you have two paths you can take. One is to not have them and don’t allow your children to go to them. The second option is something that I cannot believe I am about to say. The second option is to borrow a page from christian church youth lock ins all over the country. Have proper adult supervision in a central area and trust in the kids. The adult supervision also helps, as a the host, plan things for the kids to do. This allows the structure to be cohesive to the mission of the kids and the mission of the parents. The kids just want to have fun and the parents want the fun to be safe.

We are seeing rape culture facing a huge shift right now. Sexual ethics are something parents need to take a role in educating our children on. To be honest, we who are parents need to educate ourselves better. For most of us, the understanding of orientation and gender has changed since we were kids. Further, our generation was not taught about the importance of consent and dangers of victim shaming and rape culture as well as we should have been.

Some parents on social media are emotionally hard for me to read. I do not like judging parents, but I feel a need to say this. Our children are a gift and sometimes they want to do stuff with their friends. I wish some parents would stop seeing every multiple child interaction as a burden that can only be resolved by complaining about it publically to other parents and consuming wine. We signed up for this when we became parents.

I have one other thing to say here. When my child is is told he is not welcome at your house for a sleepover, it is hurtful to him. It is also hurtful to me. The implication is that he is less or he is dangerous. I raised him to be more and he is more respectful than most adults I know. If you really think your sleepover rules are preventing something bad from happening, you need to analyze the rules.

We can wrap our children in plastic bubbles and protect them from faux dangers. Or we can consider it an honor to be present as they learn important social interactions in a real world setting called a sleepover.

November 4, 2017 A Terrible Little Story About Rape: She Said Me Too
Recent Comments
0 | Leave a Comment
Browse Our Archives
Follow Us!

Hitler and Trump: comparisons being made...
The Freethinker
Related posts from TransParent Expedition