I Said Goodbye to My Father and God: Taxi Deconstruction 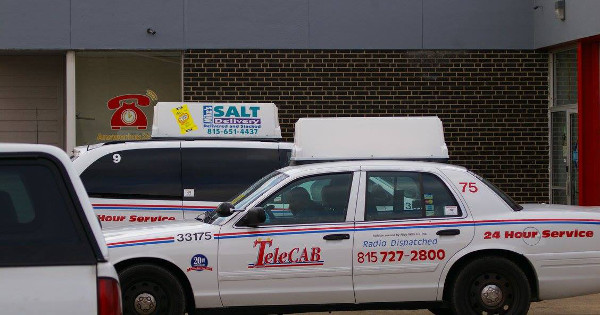 The following is not about the night that I “became” a Humanist. It was the night I realized that I had hit the point of no return. It was a moment of conflict and pain that settled into peace. This was not a chapter of my book, but it was an entry in my old taxi blog that would inspire the book. I said goodbye to my father and the idea of a “father” in heaven.

Some will ask what this has to do with being a Trans Parent. Nothing. It is, however, part of my personal transparent expedition into post theistic life. This is purely personal and it is my hope that others relate to that moment.

It had been six weeks since my father had died and I was in the midst of what was the longest day of my week. Therapist day. 4 hours before work every Friday I would drive 30 minutes to see my therapist. I still do. I just do it on my day off now.

I sat in the deep cushioned chair that makes me feel like a little kid in a grown up chair.
Toward the tail end of the session she asked a question that came up every so often over the last year. I had given her the segue by mentioning Pastor Pat was gone and as opposed to trying to fit into expectations, I was fitting into my shoes.

“So where do you stand on faith? I’ve not heard you mention church or god in months.”

I took a deep breath and exhaled. She chuckled.

“I don’t think about it much.”

“You remember when I started driving and I decided to read the Bible from cover to cover as if I never read it before. To see it for what it was as opposed to what I did or did not want it to be?”

“Remember what my conclusion was?”

She wrinkled her nose a bit as she recollected and came back with what I had told her many months ago,”You said it was horrible and didn’t make sense.”

“Yeah, same with God and religion these days.” I said. “None of it seems to hold up theologically or historically or scientifically and in the night I see nothing to support either the cruel evangelical god or the Jesus loves everyone progressive god or any god, even Odin.”

“So are you an atheist?”

“I’ve done the math. On and off I have been in some form of ministry for 15 years of my life. I tried to do the will of a god the best I knew how. When I was a teenager I found community when I needed that most and god was at the center. I am like Mulder in a way. I want to believe. But I don’t and admitting that is painful.”

“Is it painful because you feel lied to by a system?”

“Oh, I was lied to, that sh** could fill a novel or several sessions. But that isn’t it. Part of me still needs Hobbes.”

She laughed again,”Calvin and Hobbes?”

“Yeah, in the comics you never get to see him grown up. There comes a day that he will realize that Hobbes is just a stuffed tiger. There are probably times that he makes that realization, but allows his imaginary friend to have a relationship with him. For years I had a personal savior. Someone to talk to. Someone to give me hope when I had no help and I could give him credit for my child’s heart getting better and finding that car spot and whatever else. But sh**, you read that book and you see the manner denominations handle stuff and it just does not make sense. The book. The building. The calling. The times I spoke in tongues, believed the holy spirit was calling me or speaking to me or with me. It was Hobbes. I know Hobbes is just a stuffed tiger, but I want my imaginary friend to hang around a bit longer sometimes.”

“So where did that hope come from and all those moments you had?”

“Me. I hung in there. I persevered. I made mistakes and chose to forgive myself and others and free myself of all that.” Holy sh**, I just said that.

“So what happened next?”

The session ended and I stopped at a sub shop for some roast beef and coffee before my shift started.

The night was pretty normal and then at around 11 in the evening the dispatcher asked me if I wanted to do a special run. It was not a passenger.

Sometimes we do deliveries. Packages, prescriptions, sensitive medical equipment, etc. This was one of those. I would have to make a stop in another town. Pick up the needed item and drive it over 40 miles away where it would have to be signed for by the appropriate party. I would have to document everything appropriately. Some materials are sensitive.

I took the run. I always take these types of runs. Not everyone likes them. They take you away from the action and the cash runs for a few hours. I needed the break and the most efficient route takes you out of the city and into farmland through the smaller towns of Southern Will County.

I got the material that needed to be delivered and started my rural run. It started off with the small town sights. The rural main streets that include remnants from the old Route 66 stuff like the large red astronaut holding a rocket, the decorated wagon in a town square, and all the rest. Eventually you get past those and you are in pure farm land. You can pop on some jazz or classical music, roll down the windows and see the night sky pure without the light pollution. Sometimes I let my thoughts wander in these moments and others I just clear my head and be present in the beauty of the moment. I did a little bit of both on the way there.

I pulled up to the facility I needed to go to. Parked in the deliveries section. Rang the door. Security answered and I identified myself and showed him what I was delivering. I was escorted to a gentleman in a white coat who signed and printed his name as we verified the contents. He thanked me and I was back in my cab and getting set to drive home.

Car 22 had amazing speakers. When I hit the farmlands again, I lit a cigarette, rolled down the windows and popped in one of my mix CD’s into the player. I hit random play. The second song in I heard Bon Jovi’s “Something to Believe In”. The lyrics were touching a raw nerve that I exposed a little in the therapist’s office. The lyrics started,

I lost all faith in my God, in his religion too
I told the angels they could sing their songs to someone new
I lost all trust in my friends
I watched my heart turn to stone
I thought that I was left to walk this wicked world alone

The drags on the smoke got deeper. It continued…

I found my hands gripping the wheel a little more tightly. My farmland zen thing was gone.

I was chewing my lower lip.

There was a small gravel lot off the side of the road by an abandoned fruit stand. I wheeled in there and stopped the taxi as I shut off the ignition I heard…

I put out my cigarette and stepped outside taking deep breaths and looking at the perfect and beautiful night sky.

“You ever had nights like this, dad? Did driving a taxi in Dallas ever take you into the sticks? Did you look at it the same way I do and enjoy it while watching the time to make sure you don’t miss bar close?” I stared at the night sky some more.

“Ever wish things had been different between us? That we talked more and got along better? I thought about you almost every damn day. I’ve lost count how many letters I didn’t finish. How often I had the phone in my hand ready to dial. I miss you. I’m sorry and knowing how alike we are, I probably wasn’t the only one.”

I lit another cigarette.“I never felt like I measured up to you, dad. I never felt like I was good enough. I wasn’t the son you wanted. I was too much like you. I’m my own man, though. I’m no saint. I’ve made mistakes. But I face ’em. I deal with ’em. I pay my child support and love my kid and not a day goes by my child ever questions my love. More than you ever did for me. I’m not mad at you anymore. I’m also not ashamed anymore. I just wish we had this talk when ya were still around. You can’t here a word I am saying.”

“Neither can you, god. You can’t hear anything either, can you? If you are there, you can give me a shooting star or a burning bush or something. Feel free. I’ll take a squirrel running by as something. Even with everything I know now, I want you here.”

I stared into the night sky. I used to look into it looking for signs. But I saw the stars. The lights and gases from countless suns and planets and solar systems dotting a night’s sky and showing me wonder that took millions of years for me to see them in this moment. I saw the haze and realized the wonder of the ozone and the atmosphere. The delicate and sometimes dangerous dance of gravity. The full moon that dances with the oceans.

When I let go of Hobbes and let him be a stuffed animal I got to see the world.

I stared at the sky, smiled and nodded.

January 2, 2018 Transparenting 101 Lesson Seven: You Have a Very Normal Child
Recent Comments
0 | Leave a Comment
Browse Our Archives
get the latest from
TransParent Expedition
Sign up for our newsletter
POPULAR AT PATHEOS Nonreligious
1 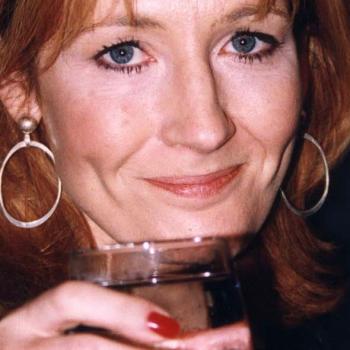 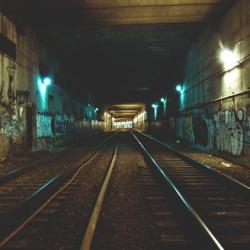