What Can Help That Tortured Teen Online: Nothing and Everything

Within a half an hour of posting my column about Lori Beynon, the first transgender prom queen in Britain who is facing internet bullying, I received emails asking me questions. “Is there a way to share our support with Lori? A wave of hate met with a wave of love? How can we help? What can we do?” My answer is simply this. We can do nothing and we can do everything.

Recently I wrote a TransParenting 101 lesson about activism. I restrained myself from my personal opinion and stuck with the facts. That is the appropriate course for the 101. But in this matter, I am going full Op/Ed and not terribly interested in the opinions of the apathetic.

Writing Messages and Comments to Her Won’t Help

In the original article, Lori mentioned very clearly some of the “positive” replies she received:

I did get probably as much positive comments as I did negative.

“But to be honest they weren’t really positive in my eyes. They were things like ‘You’re so beautiful, you’ve come so far!’ But I don’t really think that’s something to congratulate.”

Lori says she knew no harm was meant by those comments but believes “everyone is beautiful”Girl, boy, animal, cloud, I really don’t give a f*** about beauty or the standards that come with it,” she said.

We do not know her and we do not know what is important to her. Frankly, she has a point. Pretty is not everything and this is something we, as a culture, love to pour into young women. We reinforce that you are pretty. This is “our” standard of worth, but it is not hers. For some transgender teens, our societal standard of beauty or import placed on passing is triggering and harmful. Since we do not know her or her hopes and her dreams and her passion and fears, we cannot assume or presume that our words and ideas of worth are hers.

I love the spirit and beauty of human generosity and I am moved by how much people can give to an individual or organization in the wake of a tragedy. Money does not solve all problems. If there is a trans teen who’s family cannot afford top surgery or meds or some other treatment, it makes sense. Should there be a time a parent of a transgender teen has lost a job because they support their transgender kid and they need to live through this crisis, I am with you. If the problem is not financial or require an expensive resource such as a lawyer or surgeon, then it is a mere band aid over a bullet wound. Money won’t fix this specific situation. I am sure there is a family with a trans teen that does need resources and there are orgs fighting against what happened to Lori.

Change the rules. Fight. Protest. Donate. Vote. Write letters to editors. Support. We need to live in a world where a school’s prom is not an international internet incident. There should be a world where there are no laws restricting bathroom rights. A world where no one would even think to put a wristband on a child to identify them as transgender. A world where my activism and other parents like me do not face job discrimination because they love their kid. When our kids are grown, they should not have to face even worse job discrimination. Violent assault and murder and sexual assault stats of transgender people is unconscionable.

The greatest way to let hate win is to do and say nothing.

In the wake of my column about my son facing discrimination at a Buffalo Wild Wings, he said the following after the uproar.

If you want to help the prom queen, my son, and all trans people, roll up your sleeves and take my son’s advice. 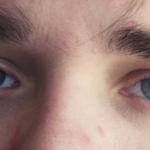 January 11, 2018
Transgender Teenager Terrorized by Trolls Titillating Themselves
Next Post 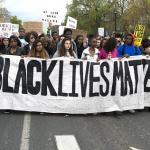