Living on a Prayer With Memories and Getting a Parental Do-Over January 31, 2018 Patrick L Green

I’m used to thinking about my son as my son. When I think of memories with him when he was younger, I think of him in his correct gender and name. Having had a blog and an op/ed column in a local paper betrays that recalibration sometimes. One of our most precious memories together was something I wrote about in my blog and in my column. I wrote it with the wrong gender. In a few months I will get a do over. We’re both looking forward to it.

The Summer of 2013 was a rough summer. My church had collapsed and I was driving a taxi. Though I was still an ordained minister, my faith was deconstructing. I was recently divorced and still recovering from the concentric circles of pain ripplng from that event. There was a strain in the relationship between my son and I. During the process of the divorce he went from seeing me as the mighty and infallible hero to a very mortal human prone to mistakes.

I took him to a concert. The concert was special because it was the first time since his mother and I separated that the chasm between us closed. In the midst of that night we both knew we were going to be okay. The dynamic had changed, but love bound us together.

Through a strange twist of events, I recently had an opportunity. I texted my son to ask him if he felt the same way I did.

Me: Would you like to see Bon Jovi at the United Center? I can’t get great seats to this one, but I can get seats.

Me: And you do not mind upper balcony? It’s all I can afford right now. But I wanna see Bon Jovi as father and son and do it right.

Son: I don’t mind. I’m excited! We’ll be together.

Son: Also, sometimes before prom, I’d like you to take me shopping for clothes for it.

Son: Cool. April will be awesome! I love you!

We’ve not only talked about that night in 2013 often, but we also talk about my past writing. When my book was about to publish, I showed him the draft. It was written before he had come out to me. I told him I could do a rewrite on all of the mentions of him if he wanted. He had told me that I wrote what I knew at the time and he was okay with me going forward with it.

I am about to share with you what I originally wrote and then address a mini lesson.

Living on a Prayer

My ears are still ringing from a Bon Jovi concert my 13-year-old daughter and I went to at Soldier Field on July 12. Anyone who reads my Facebook page or knows me personally knows that this is my favorite band. I have all their albums including some hard to get B sides and demo tracks. Despite all this, I have never been to one of their concerts before. Sharing this with my daughter was wonderful.

Towards the end of the night, Bon Jovi played what is likely their best known song, “Living on a Prayer.” Through much of the song the band just played the music and the audience sang it. Imagine if you can 60,000 people singing a song together. Lost in the moment of the concert I was just having fun. Then I looked to my left. My “too cool for school” 13-year-old daughter was just as immersed as I was. She was in full abandon belting out the lyrics word for word. She was not only next to me, but she was among and with me and the tens of thousands present. I suspect my smile at that moment was broader than Jon Bon Jovi’s boyish grin on stage. For the rest of the song I had the full realization and presence that we were together as one voice.

After the concert she gave me one of the biggest hugs she has given me in a long time, kissed me on the cheek and said, “Thank you so much for taking me, Dad!”

In that moment, a daddy’s heart soared. Over a late night meal on the way home, I asked her if she had a favorite part. She said Living on a Prayer. I asked why. She said it was because we all did it together.

If I am being honest, that unity that crosses all divides is not found in churches. There is a wonderful moment where it often does happen for a short time. That moment is in music. It happens in a traditional hymn or a contemporary song. All (or at least most) are singing. One voice, one song.

For a short and lovely moment we are no longer man or woman, Christian or non Christian, rich or poor, republican or democrat and black or white. We are one voice. It may not be as awe inspiring in scope as a full stadium, but it is beautiful if we are aware this is something we are doing together as one.

In the wake of the George Zimmerman verdict we are seeing that we have a long way to go to be one. There is a lot of anger and a lot of tension. A child is dead due to racism. There is division in the body of humanity that will need more than a song to cure it. I know music is not the solution, but any moment of unity we can share is an important one that we can build upon.

For the church goer, I know that you are worshipping while you are singing and I do not wish to diminish that. I hope my thoughts have added more beauty and import to the moment. To the reader who doesn’t attend church, I hope that the next time you are dragged into a church service or you are at a concert or a karaoke bar, you remember that when we sing together, in some intangible way, we are one.

As the Bon Jovi song says, “We’ve got each other and that’s a lot for love. We’ll give it a shot.”

May you get lost in a song together.

The Rest of the Story

There was a lot I did not say in that short column. As a taxi driver I did not make a lot of money. Saturday nights are the big money nights. You lived on those. Weekends with my kid were always hard when I was gone for 12 hours during the night and sleeping another 7.  To take a Saturday off was a financial hit. To go to this concert cost about what I made in a month on tips. I also did not mention how excited he was to be out that late in the city eating a burger in a greasy spoon in the city.

My realization of what I strove for when I was a pastor, the unity, already existed in the world. What I strove for also happened every night in my taxi. Rich. Poor. Muslim. Christian. Black. White. Liberal. Conservative. They all shared space in my taxi every night. Maybe it was not as majestic and powerful as a stadium, but what I sought was always present. What I tried to force with religion already existed. I tried to create and invite people to something that already was.

Religion is incapable of “belittling” itself to enter the night. The night is unsaved, unwashed, and impure in their eyes. It is also honest. To try to offer solutions without knowing the lessons you can learn is arrogant and myopic.

My son and I got home about the time my normal shift would have ended. He fell asleep within minutes of getting to my room. I remember watching him sleep as I waited for the sun to rise. I knew that night was about to cost me weeks of raman noodles and cold cheese sandwiches. There would also be refilling my water bottle at gas station bathrooms and drinking the horrid 89 cent coffee from the burnt urn at the gas station.  That was the cost for that night. It was worth it.

Mini Lesson: Why a Do Over Matters

There are some churches that are accepting and affirming. If a child comes out transgender, they will do a special mass/service. In that event there will be a new naming ceremony. A do over on the dedication or baptism. Though I am not one who embraces religion any longer, I think there is beauty in the concept. As a father, I relate to the importance.

I cannot put into words what is in a parent’s heart regarding this. When I look at pictures of him when he was little, I still see my son. I also see a son with a parent who was trying to stuff him into girls clothes, put him in disney princess stuff, and force a daddy/daughter dynamic. I went with what I knew at the time. Many of the memories are what they are and I will treasure them always. Some of those treasured memories warrant a do over. At the last Bon Jovi concert I bought him a feminine concert souvenir that he never wore. This time, we will get to sing together as father and son and he can have a proper hat or tee shirt or button. As I said, it is difficult to elucidate why this matters, but it does.

As the Bon Jovi song says, “We’ve got each other and that’s a lot for love. We’ll give it a shot.” 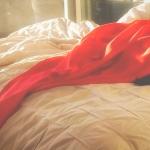 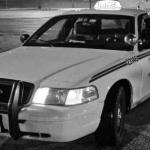