“So what did you think of our group, Pat?” A fellow dad of a transgender teen asked of me. “I didn’t know you and your wife were racist, Bill. Lose my number. Both of you.” I replied through clenched teeth and shaking arms. He denied that he was a racist. “You refer to black people as coloreds! That is just the tip of your racist iceberg!” I pointed out other things said by other members of the group that were horrific. What was this group and how did I get here?

I was invited. I went to a parents of trans kids group that was closer to my home than the one I normally go to. The one I go to is in the city. This one is in an affluent suburb near me. The room was very white and most there probably make more in a month than I pull in a year. Many of them, too many of them, were racist. They patted themselves on the back for being accepting parents of transgender teens while being racist in 2016.

I grew up in a new town SouthWest of Chicago in the 1970’s. It swiftly became a safe haven for interracial couples with kids. That may not seem like a big deal today, but back then, it was rare. To have grown up in a town where ethnic diversity was normal and the families were often mixed gave me a head start on being a decent human being. I still have white privilege and I screw up and keep learning.

Shortly after the meeting I spoke with my son about the experience I had. I found out he didn’t talk to some of the kids who’s parents go to that group. His reason? They are racist. It turns out that racist people often raise racist children. When you are a supportive parent of a transgender or gender non conforming child, being a racist is not only vile, it cuts you off from a world of resources to learn from.

Here are a few reasons why being racist and a trans parent is one of the dumbest things in the world you can be.

Marsha P. Johnson, a trans black woman, was said to be the Rosa Parks of the LGBTQIA movement. The Stonewall riots? She was there. A member of the Gay Liberation Front in 1970 less than a year after it founding? She was. One of the co founders of STAR, the first gender non-conforming and transgender activist organization? She was. She would also start a shelter for homeless LGBTQIA teens who were tossed into the streets by parents who did not accept them.

Marsha’s road for independence for herself and of others started in the early 60’s. She was, in many respects, following Dr King’s playbook. Like King, her service came at a cost. A few days after PRIDE march in 1992, her body would be found floating in the Hudson under suspicious circumstances.

A lot of what transgender youth have today, as well as LGBTQIA, would look different if she had not existed.

In the fight for equality of LGBTQIA people are other people of color. The history is interwoven into the fabric of the rights my son has.

Civil Rights Movement Is Our Playbook

The writings of Dr King need to read by all of us. Civil protest in our nation’s history can serve as our how to manual today. You give any trans kid who feels isolated a copy of  Dr Maya Angelou’s “I Know Why the Caged Bird Sings” and they will find their voice and start to love what they see in the mirror.

Most of our history teachers did a poor job teaching us about Civil Rights, King, Parks, and so much more. They still do. We, as parents, need a to educate ourselves and pass on what we have learned to our children. This is a resource. But to use a resource that comes from the struggle of a culture without respecting and loving that culture is very bad thing. It is cultural appropriation far worse than a white hipster wearing dreads.

It’s 2018 and Racism in Reprehensible

I had to face the man in the mirror when I was a minister. The reflection had hues of racism that had to be addressed. Racism does not just belong to the GOP and Evangelical Christians. Democrats, atheists, and people in the LGBTQIA ally community have some work to do.

Do the work. It’s the right thing to do.

Book: “I Know Why the Caged Bird Sings” by Dr Maya Angelou. There are amazing books about Civil Rights, King, and BLM issues that I could have chosen. I selfishly chose this book for our kids. Why? Because Angelou wrote a timeless collection here that will help our children. Buy this book…now.

Video: A dramatic reading of Martin Luther King’s Letter from a Birmingham Jail. This video starts with 8 historical letters from white ministers trying to tell King and other Civil Right’s protestors how to conduct themselves from a place of, in my opinion, covert racism. This video bring a lot to life for me and hold a very uncomfortable mirror up to the faces of many of us who are cis white het. Even today.

A Message to New Readers Who Are POC

If you come to this space acting like Pat Boone trying to lead the civil rights movement, I likely do not care what you have to say. We don’t get to lead this. Our job is to support, use what we have to give a platform and stage to the voices that need to be heard, and then shut up and listen so we can take proper action. 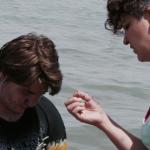 January 12, 2018
What Can Help That Tortured Teen Online: Nothing and Everything
Next Post