I remember hearing a story that horrified me. A transgender teenager I know was going out of town with his mom to see some relatives. The mom got a phone call from a relative asking if he could wear a dress and go by his dead name. The reason? “We don’t want to have to explain to grandma or the young children about this trans stuff.” The mom asked her son to wear dresses and go by his deadname for the weekend so that other people could feel comfortable. Other people’s problems are not your kid’s problem, nor are they yours.

This lesson is really going to be brief. I see this a lot and it happens in subtle ways. Gay or lesbian couples will be invited to a dinner party and asked to not hold hands or display affection so as not to make some other guest uncomfortable. Another excuse they use is to tell the same sex couple that they are not ready to tell their kids about “gay stuff”. Another thing I have seen is someone will come out as LGBTQIA and a friend will tell them via social media how proud they are of the person and how much they love them. Then comes the rub. A few days later they will be at the person’s house, start to speak about it, and then get a look or be shushed because their “friend” does not want it mentioned in front of their children or another person there.

The person that asked you or your child to do anything like this is not your friend. They have a problem and it is not your problem. They say they accept you or your child, but they do not affirm you or your child. Finally, they will try to give logical explanations, but at the end of the day, they live in a land where LGBTQIA is still a discussion and that people have a right to discomfort. The solution is to lesson you or your child to either accommodate the comfort of the bigoted or prevent them from facing their own privilege.

Talking to Kids About LGBTQIA Stuff

My son was seven the first time we talked about anything related to LGBTQIA matters. We were in a bookstore waiting in line. Former American Idol contestant Clay Aiken was on the cover of People Magazine with a caption that read, “Yes, I’m Gay”. My son looked at it and asked, “Dad. What’s gay?”

I said,”Well, you know how mommy and daddy are marred?”

“Well, that is because we used to be boyfriend and girlfriend. A man who is gay wants to have a boyfriend instead and if they get along really well, they might get married.”

My son immediately blurted, “That’s weird.” Now, understand. Up until this point he had only seen hetero couples together. So I thought about it a moment before replying.

“Well, for a man who is gay, he thinks it is weird that I want to date a woman.”

He pondered this for a moment, agreed,  and then asked if we could get a slurpee after the bookstore. There was no trauma. He got the basics. Later he would hear about lesbians. He had a baseline to work with now. When I was a minister he would meet his first transgender person. A member of our youth outreach was trans. I always spoke of these things as a matter of fact to him without any judgements on the person or making anything “weird”.

Children do not have an issue talking about LGBTQIA matters. Parents do.

I have seen and heard many first hand accounts where people have told their young children that their sibling, relative or family friend is transgender or gender fluid. In some cases there were some basic questions, but overall, once the kids knew it, they moved on to the next shiny object.

Talking to Adults About LGBTQIA Stuff

I remember telling my grandmother about my son when she was still alive. She grew up in the great depression. She married my grandfather right before he went off to to the pacific islands to serve in the Army Air Corp during WWII. They moved into Chicago not terribly long after the war. They saw Civil Rights, the ERA, and many other changes in their lives.

My grandmother listened to me as I told her about my son and his chosen name. Her response was to ask me his name again, then she informed me there was chicken for dinner.

A few months later she was in the hospital for a minor stroke. When we came to visit her, without missing a beat, she introduced us to her nurse as her grandson and her great grandson. That was that.

I had another relative who is not nearly as old. This relative was born on the tail end of the baby boomer generation. She told me all about her understanding of the bible. She want on to tell me about how just because you put a man in a dress or vice versa, it is still a man in a dress or a woman in a suit and you cannot change biology. I informed her that, based on her current position on the matter, she is not a part of my life and no longer welcome in my home. I then told her that regardless her feelings on the matter, if we ever are in a family event at the same time, she will use his correct name and proper pronoun and never speak her ill opinion in my child’s presence. This is a non negotiable.

What to do When Asked to Hide the LBTBQIA Stuff

So what do you do?

The explanations they offer you about concern for their children or the elderly is not the core reason. That is the excuse for their own lack of character or courage.

Link: The National Center for Transgender Equality has a great page on their site. It is all about supporting the transgender people in your life and includes a pdf you can download. Their link is https://transequality.org/issues/resources/supporting-the-transgender-people-in-your-life-a-guide-to-being-a-good-ally.

Book: I am torn between three children’s books on this lesson so I am going with all of them. I am choosing children’s books because this is a topic we not only can talk to young children about, but we should talk to them about. Picture books are short.

The first is, “I am Jazz” by Jessica Herthel. Based on the reality tv transgender sensation, Jazz Jennings, this is a wonderful book.

The second book is one that is heartwarming and poignant. It also specifically deals with gender non conforming. “Jacob’s New Dress” by Sarah and Ian Hoffman. Young Jacob wants to wear a dress to school. He needs his parent’s help to make this happen. Can he get their support? Read the book.

Video: Let’s be honest. What I spoke about here in this lesson is transphobia. Here is a website that has an entire video challenging transphobia and educating others. https://insideout.ry.org.nz/

I have also included a link with the trailer for this wonderful series.

Liked This Lesson? Become a Patreon

Writing Transparenting 101 Lessons and Transparent Expedition, promoting it, and responding to readers takes about 15 hours a week. This is rather like having a part time job without the pay. As the TransParenting 101 series grows, so is the demand on time and research.

If you like this work, please visit my patreon page at https://www.patreon.com/patlgreen. For as little as $3 a month you can help support me continue this work and even do more to engage other parents of transgender children and provide essential resources. All Patreons get access to exclusive members only content. Some levels of giving even include original art sent to your home or office and opportunities to interact one on one.

If you do not wish to donate monthly but want to offer a one time support, please go to my paypal at paypal.me/patlgreen 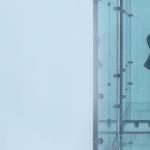 January 22, 2018
Suicide, Dolores O'Riordan, Messages, and Thanks to Readers
Next Post