Transparenting 101 Lesson Seven: You Have a Very Normal Child 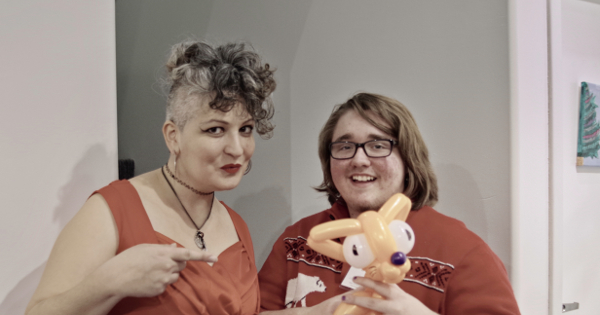 I was expressing some frustration with a woman I used to date about something I heard my son say in a Skype conversation with a friend. When I told her the matter she looked at me and said, with a straight face, “I don’t know how trans kids work.” A little bit of my brain exploded in that moment. I said, “This is a puberty thing. Ya know, crushes, dating and so forth.” She dug her heels in further,”But this is trans puberty affected by hormones, aren’t the rules different?”  I replied, “Your kid’s puberty is affected by hormones too. They are teenagers. They are, effectively, hormones with feet.” She kept insisting that it was different. She was wrong. I have a normal child and so do you. Being transgender is not abnormal and it is not their defining characteristic.

If my kid were flunking math, he would possibly need tutoring. There may be an issue of “mailing it in” and not doing the work due to apathy. My kid will have crushes and dating experiences that will sometimes be amazing and sometimes horrific. Teenagers often see things as either the very greatest thing ever or the very end of the world. They will get the flu. They will have crushes. Sometimes, they will act out and other times amaze you with something unexpected.

I write this blog and these 101 sessions because there are some unique things we need to address as parents. Some of those things are because how society responds to our kids. Parts of it are because we have to address slightly different questions about hormone therapy, name changes, gender markers, and the like.

It is bad enough that others only see the gender of our children. We would be doing a disservice to them if we did the same.

Let me tell you a little about my son. His favorite video game is Oblivion. He is in journalism club and drama club and yearbook committee. In his Advanced Placement studies he is hitting it out of the park with his grades. So much so that he has been recognized for his achievements in AP Spanish that he will be going to Spain for a once in a lifetime educational trip. These scholastic achievements has also made an amazing scholarship awarded to him. Even though there is a passion for art and photography, his vocational passion is to be a research scientist in a very specific field.

My son does not watch television very much, but loves movies and has a blog that is getting notariety far more than this blog. His blog is about possums. He has a warped sense of humor, passionate about politics, detests religion, has a black belt in taekwondo, and loves Cards Against Humanity. I could go on.

My son recently said to me in the wake of another parent making being transgender his defining characteristic the following: “There are five things I can think of that are more important to me right now than being transgender.” He then went on to rattle off 15-20 things that are on top of his list of concerns right now. None of them had to deal with sexuality or gender identity. Some were hilarious. Others were scary. All were very normal matters for a teenager to have on their priority list.

If you are a parent of  a trans or gender non conforming child, tell us about him, her or them as I did about my son. If you are part of the LGBTQIA community, I’d be honored if you did the homework as well. It feel this is an important assignment. In my next entry, I will share (with permission of the authors) some of the homework and I will also tell a feel good story about my family and Cards Against Humanity.

Link: The PBS Parents Page. http://www.pbs.org/parents/ This page has a lot of great advice for things like planning birthday parties for kids. Very normal stuff geared for younger kids.

Video: In less than 4 minutes, these two trans teens do a better job describing the balance of there being differences in their experience while also being normal teens than I have ever done or could do.

December 31, 2017
I Said Goodbye to My Father and God: Taxi Deconstruction
Next Post 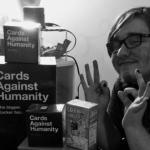 January 4, 2018 Cards Against Humanity Saves The Holidays: A TransParent Adventure
Recent Comments
0 | Leave a Comment
Browse Our Archives
get the latest updates from
TransParent Expedition
and the Patheos
Nonreligious
Channel
POPULAR AT PATHEOS Nonreligious
1