Children are suffering at the United States border. I used to wonder how it was possible for concentration camps to exist in Nazi Germany without citizens intervening. I also wondered the same about Japanese Internment Camps on United States soil. Now that I see what’s happening I no longer have to ask. If you are an American citizen, you should be angry and ashamed. This may not be who we are, but this is what we are doing. We must act.

President Donald Trump and Attorney General Jeff Sessions are enforcing a “zero  tolerance” policy. Meanwhile, the director of ICE, Thomas Holman, is using the Nuremberg Defense of following orders to wash his department’s hand of culpability in carrying out orders. The most disgusting part is that most Republican American’s support Trump’s policy. The United Nations has expressed concern, but I am not sure that matters anymore since we left the United Nations Human Rights Council with the decorum of a spoiled child throwing a tantrum.

A little over a year ago I was thrilled to find out that Patheos approved “TransParent Expedition”. At the core of this column is a concern for children facing unjust treatment. In the United States of America, I’ve had to fight for the civil rights of my child on a local, state and national level. On a national level we took steps backwards when Trump reversed policies enacted during the Obama administration that protected my son. Writing this blog has had a greater impact for transgender children and their families than my social media rants and angry memes tossed across chasms.

Children are sitting in cages and in concentration camps on US soil with the approval of the Pro Life party and far too many Evangelical Christians. Many of the children who are currently in these cages, tents and centers have already suffered irreparable harm. Every moment of every day that Trump’s policy continues, more children are harmed by the United States government with the approval of Evangelical Christians who think Muslims and LGBTQIA+ people are immoral.

I’ve spent more than a year explaining what the experience of a parent of a transgender child is. I have explained many of the common struggles transgender children have in America. I’ve also given ideas as to how you can make a difference and what needs to be done.

I don’t know what it is like for these parents and children. At the rate things are going with Trump and Pence, for all I know, we may have to flee the land of the free and home of the brave someday. I cannot imagine what it would be like to be fleeing for my family’s life seeking asylum. I go to a border checkpoint, plead my case to an official that I approached, and they take my child away and place him in a cage.

I am still learning how we got to this point and we are all learning together how bad it really is. Less than 24 hours ago we learned that we have a separate shelter for migrant infants. This latest development means not only are parents torn from their children, but siblings are likely often separated.

NPR has a story they published on June 19th that gives a concise update as to what we know and a little bit about how we got here. Click the hyperlink and take a few moments to read it.  Assuming you did that or are pretty well caught up, lets talk about what we can do. We need to do something. This is happening right now.

We Can Help Right Now

Many of you are reading this column from your cell phone. You can use that cell phone already in your hand to call your senators and representatives and tell them that you want this policy to end and you want them to confront Trump and demand he cease this policy. That simple act matters and will be more than most American’s will do.

Beyond that, right now there is money needed to fight this and volunteers needed to assist those fighting this. If you have financial resources or time to assist, it could save children.

Protest! There is a planned protest that is to be nationwide on June 30th organized by Move On. You can to to their website and learn more about the “Families Belong Together March” on June 30th. Vote! Midterm elections are just around the corner. Part of the reason we are in this mess is not enough people voted. A man like Trump with a campaign such as his should have lost by a landslide. But too many people assumed that and not enough people went to the polls. I suspect there was gerrymandering and I know full well that the Electoral College is problematic, but this should have never been a close election. Vote!

Business As Usual Has to End

I get frustrated when I hear people not know about news that affects us. When they find out what has been going on for days, weeks, months or years, they are shocked and they want something to change right now. They speak melodramatically about how there needs to be revolution and revolt and change. They are ready to lead a charge that they just learned about. It makes my eye twitch.

My grandmother used to use the old adage, “An ounce of prevention is worth a pound of cure.” If we were more aware and more active as citizens, many of the horrors and atrocities happening may not have ever happened. Being “woke” should not be rare, it should be the default. We have more information at our fingertips in real time than ever before and we are more willfully ignorant than ever. Take a few minutes out of every day and at least get caught up in the local headlines. If you do not understand something you read, learn before you react.

Reactions. Let’s spend a moment talking about social media. The spreading of pertinent news stories and sharing frustration with peers is great. But let’s not confuse liking and sharing something we see on social media to significant activism and contribution to change. As satisfying as it is to shame someone who disagrees with you in a flame war, it also does little. When I was a pastor, I thought many of my initiatives were helping people in need, when I was a taxi driver, I found out that I was wrong. In most cases, what I did accomplished nothing. In some cases, it compounded the harm.

I am not calling for civility and I do not want to shame those who are homebound/housebound. This faux demand to be civil and polite in all discussions is a great tool used by oppressors to control the narrative. As far as the homebound and housebound, online interaction and sharing of information is “all” you can do. Do it well and get those who are not homebound and housebound to get off their butts, use that cell phone that is in their hands, and make a difference.

History is recoding our action as well as our inaction and the children need us.

About the Banner Photo

I shot “Caged Freedom” in 2013. The visual of the American Bald Eagle in a cage made of chain link fence left a mark on me. For the last two months I had the piece on display as part of a gallery show in the Chicago area. It was taken down to make way for the next show just before this story broke.

If you would like to support what I do here and receive something for it send me $27 via paypal. I will be happy to send you a signed limited edition print in an 8×10. I will make 21 prints available. Simply give $27 to paypal at paypal.me/patlgreen and include your name and mailing address. $5 of every print will go to help uncage some children. The Refugee and Immigrant Center for Education and Legal Services (RAICES).

If you would like information on how to get the framed piece (in a red, white and blue presentation) that was on display at The Flower Of Life Art Gallery near Chicago, feel free to let me know in the comments. I would love for it to have a proper home and would give half the proceeds to RAICES).

Liked This Column? Become a Patreon

Please visit my patreon page  at https://www.patreon.com/patlgreen. If you do not wish to donate monthly but want to offer a one time support, please go to my paypal at paypal.me/patlgreen

Less than 2 hours after I posted this article, Trump reversed course! He claims he will be signing an order reversing this policy very soon. This is no over. We have a president that is willing to do things like this. We have a president who will lie about what he is and is not capable of doing. This order he is singing is something he has repeatedly say is not within his authority to do even though it was. Keep the pressure up. Stay informed, keep in touch with your elected representatives, keep protesting, keep donating, keep voting. In other words, #resist! 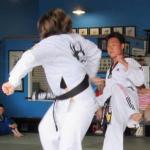 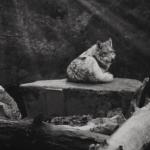