Pride and Prejudice and Protest and Making America Safe Again

Pride Month is upon us. It is a time of expression, celebration and support. It is also a time filled with prejudice and infighting. We live in a nation more divided than ever. America has managed to go backwards in civil rights protections on so many people. People are literally in danger due to a warped definition of patriotism and faith. To make America safe again, we will have to protest those who claim they want to make America great again.

I am part of a few different parent and ally groups. Often, we can get into arguments about some of the most inane and petty things imaginable. I often wince when lines are crossed and discussions occur where we who are not LGBTQIA criticize the language used by those who are LGBTQIA. I’m a parent and a partner of people who are LGBTQIA. But I am not LGBTQIA. I do not have the right to determine what they may or may not say and what is and is not acceptable.

Many bi-sexual and trans students in high schools and colleges will tell you how various GSA’s will not fully accept them into their communities. Fiefdoms develop, power plays occur and there is often an inner circle. Bi people are sometimes told they are confused and trans students are called “it”.

Black queer women often face backlash and lack of support and acceptance in both covert and overt means. Not only by some in the LGBTQIA community, but also the feminist community. Black trans women due to employment discrimination are often forced into prostitution. For trans exclusionary feminists they are not real women and not worthy of protection and support. Sex worker exclusionary feminists will also deny them the support they deserve and need. Add to that those in the LGBTQIA community who showed their true colors when they rallied against the black and brown stripes added to the Pride flag. Their very behavior often showed why we need those new stripes.

Allies (which include parents and partners) sometimes have something in common with the MAGA crowd. While we tell others to be patient and accuse them of being too sensitive, we can play the victim card so swiftly.

This is a bad time to be a house divided. Since Trump has been elected, there has been a systematic and consistent assault on the rights, dignity, and safety of not only the LGBTQIA community, but black people, women, the poor, the sick, the elderly, and people of other religions (and non religions) and races.

A willfully ignorant and overtly sexist and racist version of Evangelical Sharia Law is emerging in ways that Atwood and Orwell could never have imagined. We are seeing videos where citizens are assaulted and openly mocked by the MAGA crowd empowered by some in the White Supremacy House.

Protections for transgender students have been removed by Devos.  Laws are being passed or in the houses of various states restricting LGBTQIA people medical care, job protections, shopping privileges, adoption rights, and even being blocked from buying property. This is very real and very scary.

Pride exists because of Stonewall in 1969. A police raid went too far and people stood up. They fought not just for their rights, but for their very lives. Stonewall was not a mere gay bar. This was a space that had gay men, lesbian women, bi sexual people, drag queens, and black and hispanic transgender prostitutes like Marsha P Johnson and Sylvia Rivera. From these bloody and brave roots pride marches and parades were born. More than that, a movement began.

Intersectionality is easy when you are fighting for your life. Much of that cohesiveness is lost. The wider the chasms are, the more dangerous the landscape of this nation is becoming for my son and his peers.

I have some hopes this year. I hope these things because sometimes I get scared and angry. It is my hope that the hard work of intersectionality grows. In that hope, may all the different tribes in the LGBTQIA community stop excluding one another for various reasons. Intersection will require speaking out, listening, apologizing, changing, and growth for all of us.

May this be the year allies grow bigger ears that hear better, larger hearts that love more richly, and strong feet that will stand more firmly with the people we claim to be allis for. This is not our story but we are honored to be a part of the change.

My son will not be with me at the Pride Parade this year. He will be there with his friends supporting the future in the present by celebrating something that was begun almost 50 years ago. I’ll be in the crowd as well. So will a lot of other people. Gay people, lesbians, bi, trans, pan, black and brown and white and female and male and fluid and so very much more.

Stonewall was a gathering of people in one beautifully eclectic section of Lower Manhattan called Greenwich Village. Almost 50 years later a nation of people march in cities across America. May we stand as one against hate and this current administration indivisible, with liberty and justice for all. 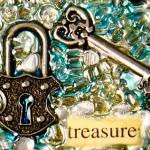 May 31, 2018
TransParenting 101 Emergency Lesson: This Isn't Your Journey
Next Post 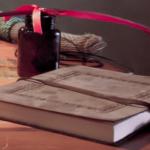 Is There a Looming Sex Scandal...
No Longer Quivering
Related posts from TransParent Expedition