Gatekeepers And The Therapist Who Put Her Job On The Line

Gatekeepers And The Therapist Who Put Her Job On The Line July 12, 2018 Patrick L Green 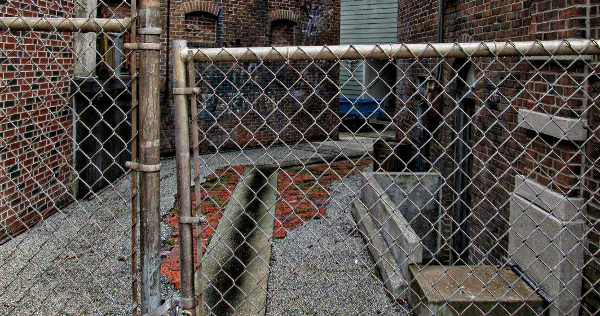 My son has an amazing therapist. In the spirit of looking after my child’s concerns, she is not afraid to tell his parents when to back off or look at things a different way. She’s not just a therapist. She’s his advocate and put her job on the line making sure he got what he needed.  She’s also one of his gatekeepers.

My son was her first trans patient. But he certainly is not her last. Working with the LGBTQIA+ community is now one of her main drives. But when we first came to her, it was because we needed something for his transitioning. We needed a letter.

In our area, for a minor to begin medical transitioning, one of the things a minor needs is “the letter”. To get this letter you have to have been seeing a Licensed Clinical Social Worker (LCSW) operating under the supervision of a psychiatrist. This relationship is often for the duration of a year. The LCSW writes a letter that is signed off on by the psychiatrist. Once that letter is in your grubby hands and both parents agree to this, you get to start the medical transitioning.

Her job was to provide a letter in my opinion. My son, however,  was looking for someone to talk to about a whole mess of things in his teen life. Family, insecurities, the divorce of his parents that never seems to end,  dysphoria, sleeplessness, stress, and more.

More than once she had called me and my ex into sessions.  Sometimes it was informational matters where she felt we needed to be in the loop on some things. Other times it was to be his back up so he could say things to us that we needed to hear. Then there have been times where she was his ally giving us a warning shot off the bow.

It was when we were called into her office to be dressed down by his therapist that I knew he had a great therapist. I’ve seen some therapists that will almost always side with the parents. Some of these instances are abusive and the therapist becomes and unwitting accomplice to gas-lighting.

A little more than a year into the therapy, she asked for both my ex wife and I to be in a session in her office with my son present. We agreed and as I went there I wondered, was this just informational, did he have something to say, or did we screw something up? I did not expect what came next.

We all sat in her office. She looked ashen and her eyes occasionally welled up with tears as she spoke with us. She got to the point as quickly as she could.

“Why won’t the medical group let you? What happened?” I asked.

“They’re afraid of the liability. They seem to liken this letter to endorsing or even making someone transgender. I’ve told them that is not how this works, but as you know, the psychiatric community is still catching up. I’m trying to educate them.”

“This is discrimination!” I explained. My ex and my son have both known me well enough to know when I am about to blow up. They both asked me to remain calm. The session concluded with her trying to seek other avenues and she was starting the process of getting in touch with my son’s gender clinic for ideas and collaboration.

The next day I contacted her superiors. Long story short, it was like talking to a brick if a brick could be condescending while completely ignoring all that you had to say. Then I spoke with my contact at the gender clinic my son goes to. She was already aware of the situation and was working on the matter.

Within days I got another call to schedule my son’s first testosterone injection. We were going to start the medical transitioning. I asked the gender clinic office how that could happen without the letter. They said they got the letter. I asked how. My son’s LCSW submitted the letter directly to the psychiatrist at my son’s clinic who drafted his own letter approving it.

My son’s therapist not only put her job on the line for him, but possibly her career. She no longer works for the center she worked at when she first met my son. She is now in a different town with a different group working with many more LGBTQIA+ young people. My son drives 45 minutes to see her now and it is worth it.

I have a regular reader here that wrote a guest column once. She lives in Ireland. In Ireland, they do not have all the gatekeeper and key-master layers that we do here. Someone who is transgender does not need the permission of the cisgender world to pass the standards set by cisgender people to prove they are transgender enough to get what they need.

The gatekeepers my son has needed in his transitioning was not just the LCSW and psychiatrist. He needed his cisgender hetero parents to agree. He needed his pediatrician and an endocrinologist to agree. Only after this group of cisgender hetero well educated adults were all in consensus and agreement could my son get what he needed to transition. From there we have more gatekeepers to face for name changes and gender marker changes. Many more. Judges, state officials, federal officials, and more.

I’ve lost a job or two being an outspoken dad and advocate. I also gave up ministry and a secure life for him. I am his dad, that is to be expected in my opinion. You put your life on the line for your kids. But his therapist put not only her job, but her career and licensure on the line for him. Someone she knew only about a year. That is remarkable.

We have too many gatekeepers and key-masters. People sometimes confuse my speaking calmly about the systems as approval of the system. No. I am just trying to help other parents move their child through the system as swiftly as possible so they can get what they need.

While we are stuck with the system we have, we may as well have gatekeepers like my son’s therapist who will risk her job to defend a child.

I need your support and help. If you like the work being done here, please support it…and me….financially. Visit my patreon page  at https://www.patreon.com/patlgreen to support this work on a regular basis. Or to offer one time gift of support, go to my paypal at paypal.me/patlgreen 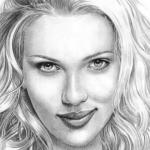 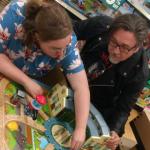 How (and Why) Evangelicals Blow Their...
Roll to Disbelieve
Related posts from TransParent Expedition