Hell Created By Christians: Jessi And A Heartbreaking Sequel

Parents protect their children. They watch their kids in public restrooms, parks, and areas like shopping plazas. But most of the people who harm children are people that parents know and trust. More dangerous than strangers is a relative that tells a child, “Don’t tell your parents.”  Jessi knows this pain. So does her son.

Last March I wrote the story of Jessi and her transgender son. In “TransParenting 101 Recap: Jessi’s Letter and the Lesson” I told the story of a woman I know who has a recently out trans son. They used the third TransParenting Series Lesson on The Letter You May Have to Write. “The letter” is a rite of passage many parents of trans kids have to write. This is the letter we often write to friends and relatives. This informs, sets expectations, and “clears the runway” for our child’s next encounter with that adult.

Jessi’s son was scared to encounter his Christian grandparents as he is. He was prepared to wear a dress and present as his dead-name and assigned gender. He was willing to face pain so the grown adults could be comfortable…and love him. This is conditional love. Jessi and I spoke and that led to her and her family deciding to write the letter. It initially had great results. Now, in the follow up, things have gone horribly wrong.

If you have not already read “TransParenting 101 Recap: Jessi’s Letter and the Lesson” please take a moment to do so now. If you have done that, mother and son are in your heart again. Prepare for a journey into pain and darkness in a hell created by Christians.

Last week, the grandparents,who received the letter and claimed to accept their grandchild as-is, invited the family to a resort.

Grandma chose her moment carefully and strategically. She took her grandchild aside and started the shameful and common tradition of painful family secrets.

She asked him “How did this happen?”

Caught off guard he tried to explain his journey.

She stopped him. She claimed to understand. Saying she did not always feel comfortable transitioning from a girl to a woman. Then she tried to convince him that he’s just experiencing “normal teen confusion”. Furthermore, he doesn’t have to “commit to being trans.”

She continued with grandmotherly guilt telling him she’s been struggling with him identifying as male. She said she’d prefer to call him by his assigned middle name.

He was disarmed and afraid of hurting his grandmother. So from a place of co dependent guilt he agreed to something that broke his heart and hurt him. This is, grandma reminded him, a conversation that just need to be between them.

He did the right thing and told him mom about it as soon as the grandparents left.  Jessi assured her son that what his grandmother did was wrong and he doesn’t need to let her call him anything other than his new name.

Conversations between a vigilant mama bear and a Christian grandmother via text have revealed that the grandparents feel  Jessi is being abusive and God says this is a grave sin, but they “love him and respect his preference.” However, they can’t fully accept him because then they’d be in violation of God’s laws.

The grandmother also included a mini sermon about the Biblical definition of gender. The bible, according to grandma, says only male and female exist, and you can’t change that. She also said there’s a Bible believing Christian who is a doctor that says transgenderism is unscientific and a delusion.

Jessi wrote the following in reply to not only this incident with her son, but their sentiments.

“My heart hurts and I’m very angry. Not really at you, but at the fact that you believe so wholly in things that make you think it’s ok…or at the very least you think it’s a necessary evil…to emotionally wound and deny full validity of Owen’s identity.

How on earth do you actually think this could EVER help to bring a person closer to your God? You and Papa can’t seem to see that you are loving and loyal to your faith and beliefs (and those who share them) first. Those who are like us..well, we can only have the revised and abridged version of your love and loyalty. Because our beliefs and life choices being different from yours are “wrong” according to YOUR beliefs. Beliefs do not make you a better person, better behavior does.

And just like we said in the letter we wrote for Owen’s coming out, we never asked you to change what you believe. But when what you believe causes you to hurt our child, then we are heartbroken in the realization that you are not safe people to spend time with.”

Days passed without a response to Jessi’s text message. Finally, the grandmother responded.

For both of you.

I have waited to respond. Waited for some of the hurt and the anger to abate. Am I hurt and angry? You bet I am. That my words and intent could be twisted so thoroughly as to conclude they were a weapon wielded to stab a beloved child and I the evil woman who is now a danger to you and your family.

You and Owen have told us repeatedly that ‘he’ is still the same person. Foolish person that I am, I believed you. And I spoke as I have always to my grandchild: carefully, honestly, lovingly and perhaps somewhat clumsily.

And I poured my heart out to ‘him’. I shared the pain and fear that was my teenage experience and how I coped. I wanted him to know I can identify with his own feelings of awkward fear. I DID NOT give any examples of trans that changed their minds. I did say I hoped if ‘he’ ever wanted to change ‘his’ mind he can and have no fear of recriminations from you guys or us. I, again, reassured him whatever decision he makes in the end, I/we do love/ will love the person he grows into.

And, yes, I told him I’m not comfortable with Owen and asked if I could call him by his middle name. If this sort of conversation causes ‘him’ pain, if by sharing my heart ‘he’ suffers emotional trauma, how is he to deal with the real world in which he will undoubtedly meet people who don’t give a rat’s ass for ‘his’ feelings?

How do you ever expect us to believe you have any sort of love for us when you are loving and loyal only to those who share YOUR beliefs? Those who are like us get suspicion, misunderstanding, and condemnation because our beliefs and life choices come from a completely different world view. A worldview that you have thoughtfully rejected.

Notice the use of quotes every time grandma uses male pronouns.

My son has never faced this sort of religious condemnation from relatives. He does have an uncle, who is an atheist, who often says of his being trans, “I just want you to have a normal childhood. I want you to be happy.” In the context that I am saying it in, it does not sound so bad, but in the context he uses it, there’s an implication that he wished my son were not trans and that somehow being so is less normal and prone to being less happy.

When evangelical Christians get into science we tend to have museums and attractions that defend the existence of a 6,000 year old earth and stolen artifacts. When Evangelical Christians turn to psychology we end up with bad ideas like gay conversion therapy that is torture and cruel.

It comes as no surprise to me that the grandparents found some faux science to use against a young teenager’s gender identity and also to accuse parents of child abuse. I am pretty sure I know the article the grandmother found. I wrote about it July of last year.

As far as my lesson about the letter we sometimes need to write? I stand behind the lesson about the letter. I also know many testimonials where the results go better than expected. But we have to be honest. Sometimes it will blow up in your face. Events like this one hurt. They hurt at a level that you cannot understand unless you have experienced it.

We recently saw in the news the horrific story of Daine Grey, a young transgender college student who was disowned by his parents when he came out. He killed himself. They would not even claim his body and the LGBTQIA+ community raised funs to give him a proper funeral. This is the end result of too many tales of people using their Christian faith to deny unconditional love.

As an ex minister I can tell you the cognitive disconnect. They (conservative/fundamental/evangelical Christians) believe that there is a hell and there is sin. This is something that needs to be stopped at all costs and the loving thing to do is deny love here on earth so that they can have a space in heaven. I can also tell you that too many mainline/emergent/progressive Christians do not push back hard enough on this stance and often give more grace and more patience to those people in the hopes of building bridges than they do defending the victims of this horrific mindset.

The results are always deeply wounded people. Not just really hurt feelings. I am speaking to psychological trauma that can lead to internalized dysphoria, low self esteem, self harm, PTSD, and even death.

Christians don’t save people from hell. They create hell on earth for people and call it love.

Moved By This Column? Help Me!

I need your support and help. To become a financial partner, visit my patreon page  at https://www.patreon.com/patlgreen. For a one time support, please go to my paypal at paypal.me/patlgreen 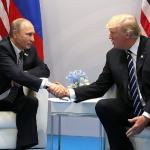 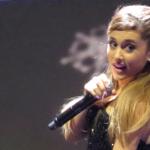 July 23, 2018 No, Ariana Grande, God is Gender Fluid! (But I Love the New Song!)
Recent Comments
0 | Leave a Comment
"Hmm, interesting comment and experiences Pat. Sounds like your in the US and I dont ..."
theist101 Freddie Mercury’s Life Contrasts With The ..."
"I find your statement about how evil the church is, regrettable in its generalisations. Perhaps ..."
theist101 Freddie Mercury’s Life Contrasts With The ..."
"It's far from perfect, Pat, but I do believe we're going in the right direction ..."
Foxglove Voting and How You Can Win ..."
"You keep making Ireland sound wonderful. :)"
Pat LafordGreen Voting and How You Can Win ..."
Browse Our Archives
Follow Us!