Piracy Patriotism and Pride: Flags and Allegiances On the 4th

Piracy. I love pirates. It is a fascinating time in history. Flags. I love flags. Many flags are not just clever designs, they are symbols with meaning and significance. Patriotism. My ex wife used to often tell people that I was one of the most patriotic people she ever met. Pride. Pride has taken a new meaning in my life the last few years. It is so much more now than it used to be. On this 4th of July, I have torn allegiances. In the name of patriotism and pride in my son, I may have to hoist the Jolly Roger. It seems the most American thing to do.

Flags have meaning. In a Tedx Talk (video will be at the bottom), author and professor Kester Brewin explains that serving on a government ship as a sailor was often a death sentence. When a sailor on board a ship died, which they often did, they were marked on the ship’s roster with a skull and crossed bones.

When a ship would take to mutiny they would hoist the Jolly Roger. The skull and crossed bones. This was a radical declaration of independence. They were dead to the rules of the king. They no longer swore an oath to a flag that did not respect their humanity. Pirates also formed a democratic governance that sounds familiar to us on US Soil.

Everyone on the ship had a voice and a vote. They got to elect their officers. You had your captain, who could be considered an executive branch.  Then there was the quartermaster who could easily be seen as the judicial branch. Finally, the entire crew served as a congress of sorts. This was democracy on the high seas and it was a criminal act. These are not mere coincidences. Our founding fathers were well aware of pirate code when they fashioned the Declaration of Independence and the United States Constitution.

The founding of this nation was a mutiny against the British Empire and Old Glory was our Jolly Roger when we replaced the Union Jack with 13 stars. We are not, however, what we claim to be in our Declaration and Constitution. We have a ship’s captain who wants to violate the codes we have written and a horde of blind followers who claim to be patriotic but do not understand they are violating the core principles of our code.

With children in cages, a president who wants to deny people due process which is promised in the 14th amendment, an administration that consistently rolls back the civil rights of my child and all LGBTQIA+ people, and has also made persons with disabilities and people of color know that all are NOT created equally, I cannot and will not place my hand over my heart and pledge allegiance to this. For the love of what that flag represents, I cannot betray it by pledging allegiance to the abomination it has become.

President Trump and Vice President Pence may as well have issued a death warrant to LGBTQIA+ Americans. If you believe me to be hyperbolic, just go to the timeline made by the Human Rights Campaign. And yet, they have the hubris to tell them to continue saluting and paying taxes into that which does not represent them. We have immigrant children held captive and told they are not welcome here being forced and compelled to pledge allegiance to a flag that hates them.

This 4th of July, I will declare independence from the President of the United States who has violated his oath to preserve and protect the US Constitution. I cannot pledge allegiance to a ship that holds children in cages and denies my son equal rights. I cannot and will not stand alongside people who raise a swastika, a rebel flag, or dare to display symbols of the Invisible Empire of the KKK. They stand next to conservative evangelical christians and celebrate our new leader and all his decisions. So with that said, the Christian flag can not be respected either.

There is no pride in the current state of our nation. There is anger and fear. But there is still pride. There is a flag called the Pride flag. It’s colors are red, orange, yellow, green, indigo, purple and sometimes brown. It is a flag that was a Jolly Roger for people who face those who would eradicate them and deny rights and say, I have pride. It is a flag of inclusion. Old Glory is supposed to be a flag of inclusion. It is not. 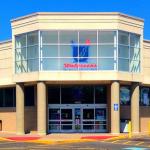 June 26, 2018
Walgreens and the Nationwide Epidemic of Sincerely-Held Beliefs
Next Post 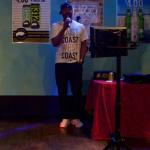 July 3, 2018 TransParenting 101 Bonus Safety Edition: DJ's Barbers and Bartenders
Recent Comments
0 | Leave a Comment
Browse Our Archives
get the latest from
TransParent Expedition
Sign up for our newsletter
POPULAR AT PATHEOS Nonreligious
1