A conservative columnist from Business Insider wrote a piece defending Scarlett Johansson’s casting as a trans man. The piece was removed by Business Insider for not meeting editorial standards. There has been some controversy internally at BI regarding this. Conservatives and Christians that cry foul over this only have themselves to blame. These are the rules they wanted.

When I was a high school student, I remember my English Literature teacher speaking to the banning of books. He told us that anyone who wishes to ban a book needs to be very careful. The same standard you use may be used against you. Ban one book because you are offended and someone may ban something precious to you one day. Thin edge of the wedge was the term he used.

In this case free market ruling all is the standard that got in their way of free expression. Media groups rely on advertisers. Advertisers listen to the public as they are the market that buys their stuff. In the wake of the article, there was negative attention and Business Insider was likely concerned this could affect their public perception and their advertisers. The public reaction to Johansson’s casting and her response is mixed, but there are enough people in the public square that find it reprehensible to make BI wary of how matters are expressed.

Many newsgroups and op/ed online sites that rely on corporate ownership and advertisers have rules that state you cannot speak or write in a negative manner about other entities the corporation owns or advertisers.

They wanted free market to dictate all. The fact some do not like the results is unfortunate.

Conservatives and Christians celebrate when county clerks refuse to issue marriage certificates and defend the rights of bakers who refuse to make cakes. They approve of this action because they do not like the people who were being refused service. When a restaurant owner refuses service to someone they do like, they cry foul and start ironically quoting Martin Luther King and screaming about the lack of civility.

We have long known that a reversal of Roe Vs Wade is something conservatives and Christians have wanted for decades. In the near future they may very well get it. They want this woman’s right to choose eliminated because they do not like the choice of abortion. Here is the fallout they do not see.

The defenders of unborn children left the UN Human Rights committee after facing criticism for how we treat children that were born. You know, all those born children separated from their parents for the legal act of seeking asylum. If they reverse Roe V Wade they open a dangerous door that can be used against them.

Remove a woman’s right to choose and a woman’s right to choose to have the baby is threatened as well. One day Trump will no longer be in office and the laws they set and the ties they cut will leave the unborn vulnerable to a government that may feel we are overpopulated and have mandatory abortion laws. Maybe the mandatory abortion laws will be used to reduce and eliminate people with Down’s Syndrome, autism, or some other standard of worth.

Conservative gun rights are another example. In 1967 the NRA showed their true colors when they supported California legislation to eliminate open carry. Why? Because the Black Panthers were using the law to their advantage.

In 2011 I was at a Outlaw Preachers Reunion convention in Tennessee. I had the opportunity to sit down with one of the leaders of the Christian Left at the time. I expressed to her the concerns I had regarding using an interpretation of the Bible to pass laws and legislations. They could allow the thin edge of the wedge to be used against us. She listened to my concerns and even claimed to agree with many of them, but elected to carry on with this very dangerous idea.

When served the same dish you tried to force feed to others, you only have yourself to blame.

I need your support and help. Visit my patreon page  at https://www.patreon.com/patlgreen. If you don’t wish to donate monthly but want to offer one time support, please go to my paypal at paypal.me/patlgreen

Most of the images I use on TransParent Expedition are my own work. Sometimes it is the work of my partner or my son. On the rare occasion I use another image I take care into making sure I respect copyright and cite the image appropriately. As a family of artists I respect quality art. So I wanted to give some appreciation to the artist who licensed the image I used through Creative Commons.

The original image can be found as part of an impressive larger body of work Alien1design on deviant art. 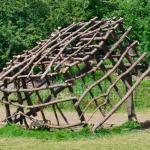 July 10, 2018
When Parents Don't Accept Their Child Conditional Love is Deadly
Next Post 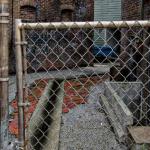