Washington D.C. and the Love that Trumped Trump’s Hateful Fans! 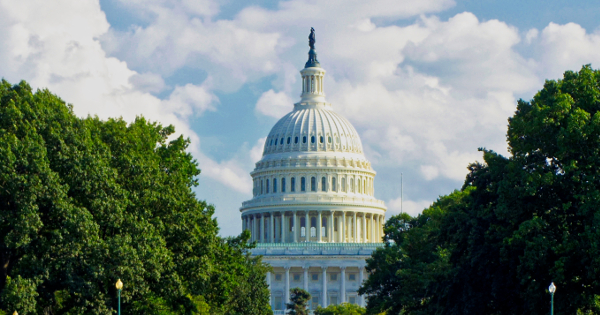 Photo Courtesy of Me (Pat Green)

Washington D.C. was the center of the world’s attention in the news last weekend. The second Unite the White Right was held at our nation’s capitol. It was feared that racists from all over the country would come in throngs with their message of hate and exclusion. What did not make the front page happened a scant mile away. Almost 30,000 inclusive and diverse people from all over the world came to Washington to celebrate Japanese art and culture.

Unite the White Right 2 was organized by a man who lives in his parent’s basement who called others less than he is because of their race, religion, or world view. Ultimately, only a few dozen racists showed up and were greatly outnumbered by anti racists on Sunday’s protest. It was a failure that cost the city of Washington D.C. approximately 2.6 million dollars.

Otakon, however, was a success. Otakon filled the over 2 million square foot Walter E. Washington Convention Center with over 29,000 attendees. This was an increase of about 5,000 more than the previous year. Tens of thousands of people flew into the two major airports, checked into hotels, ate at restaurants, used public transportation, taxis, and other amenities. These were people from Japan, Canada, and all over the U.S. They were people of color, they were of all genders, sexualities, income levels, and everything else you can imagine.

Otakon’s website will tell you that “Otakon is an annual convention held in the summer months to celebrate Asian pop culture (anime, manga, music, movies, video games, etc) and its fandom.” Their parent company, Otacorp, has a mission statement. It is,”…to promote the appreciation of Asian culture, primarily through its media and entertainment.” Those forms of entertainment most are familiar with are Anime (animation), Manga (a style of art developed in the late 19th century with roots even more historic) and video games. There is more. For instance J-pop and Visual kei music, cuisine, fashion, and so much more. On a personal note, one afternoon while there I was found myself off in a corner of the neighboring hotel lobby enjoying my first game of Shogi (google it-it is game similar to chess) in 20 years with a man about my age who spoke no english.

Otakon Celebrates all of it. A lot of people who have not been think of it as like a comic con, but it truly focused. The cosplayers, the dealers and the artists on display will have a broad variety of material like you see at comic conventions, but the main focus here is the Japanese pop culture.

There are exhibits and panels unlike anything you will see in other cons. At the opening of Otakon about half (or more) of the featured guests were introduced with an interpreter.

Why Otakon In ‘TransParent Expedition’ on the Patheos Non Religious Channel?

Because diversity, acceptance, wonder, hurdles and growth are what we should be talking about. The racists failed, yet they got the front page. The racists often do their stuff in the name of a God they believe in. Many racist Christian’s who go to church and voted for Trump proclaim faith. They do and say horrible things in the name of a loving god. The same god and the same book the liberal christians have.Yet for three days I found a real temple of love in a convention center.

Diversity won and few people know it even happened.

In the Atheist community (and we really need to stop saying we have no communities, we do) we have our problems. We tend to be very white, cis and male in our high profile atheists. Sometimes those same people are racist, transphobic and misogynistic and they have ardent followers. I learned this firsthand when I spoke out about Laci Green in my column and when I have made my opinions known about Sam Harris on social media.

The non religious channel is the most widely read in Patheos and to be a columnist in this section is an honor. As non believers we should embrace beauty, culture, diversity and wonder all the more. How does it go? We are hurtling through space in meat covered skeletons? Wonder is every day.

Otakon does a lot of things well and their fans are amazing people. They do have some areas that they need to grow and they know that. They have known that though their last 25 Otakons and they keep improving and striving to improve. I will write about the wonder and I will also write about the warts.

As a brief aside, I recently wrote about an issue a few years ago when Otakon was in Baltimore. It was about a photographer who was out of line with a cosplayer. This year I paid close attention to the interactions the photogs had with their subjects. I was very pleased with the conduct I saw.

I had one on one interviews with up and coming professional cosplayers, a hip hop band that celebrates being nerdy people of color and attendees. I also have lessons I learned observing, interacting and playing Shogi with someone who spoke no english.

Some of you are already in tune with Japanese pop culture, but for those that are not, I will try to be a tour guide.

What Otakon Did For My Son

When my son first came out as trasngender it was a lonely world for him. School was one of those spaces that was lonely. He had made friends around his own age that lived in East Coast near Baltimore. They all were fans of various aspects of Anime, Manga and video games. Our first trip as father and son in 2014 was amazing. It was the first space he could be wholly himself and present as male. He could be whatever he wanted to be and was accepted as he was.

I cannot be objective, so I will at least be TransParent. I am deeply appreciative of this space. I do not spend much time with him at Otakon. He is off with his friends making new friends at panels, watching Anime movies together,  eating pizza, and enjoying the artist alley.

I usually take in the sights. This year, I decided to obtain a press pass and do in depth op ed coverage and tie it back to two things that matter to me. Diversity and growth. That is the TransParent Expedition.

Over the last four years of my son being out, he just became what he always was. I had to change. Otakon has been one of my classrooms.

My son goes off to college next week, he is a young man now. I need to give him the freedom to tell his own story on his terms and in his own manner. When I was an Outlaw Preacher and had a column in a local paper in the Chicago area, he was used to being ‘Pat Green’s kid’. He’s been a to a few art galleries I have presented at and had my fans approach him. Some of his fellow students in his high school read this column. For him to shine he has to not be blocked by my shadow.

My family deserves their privacy so I will shift focus to other things that relate and honor others. Particularly trans folk and their families, but intersection matters too.

So what will change? We’ll be challenging the mindsets that make it unnecessarily hard on my son, people of color, the poor and others. There is a lot a parent of a trans kid could learn at Otakon. Recess is a part of school for a reason.

So this is what we will be talking about for a week or two. Stick around.

A Note to My Readers

I am sorry I have been on a hiatus for a few weeks. This summer has been about prepping my son for school and I took a new job that I hope takes me to new places. I commute for this one. So I wake up at 5 am to get on a bus at six that takes me to a train at 6:30. That train takes me to Union Station in Chicago where I walk to a subway that takes me to work. Then I do the reverse coming home. So I had to take some time off to adjust.

And to my Patreons, a Special Thank You.

You make this possible. If you would like to support this column, for as little as $3 or $5 a month you can become a patreon. You help me help put my kid in college and support him. You also get exclusive weekly content and a special thank you gift of one of my art prints. So please, support this work. You can do so by going to my Patreon Page at: https://www.patreon.com/patlgreen. If you would like to make a one time gift, simply go to my Paypal at https://www.paypal.me/patlgreen 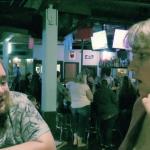 July 27, 2018
Don't Question How To Fight Injustice: The Answers Challenge You
Next Post 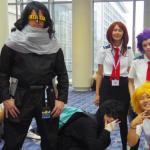 August 22, 2018 Otakon and the International Family of Cosplayers and Characters
Recent Comments
0 | Leave a Comment
Browse Our Archives
Follow Us!