Trump To Protect Country Through Genocide Of My Son and His Peers!

Trump To Protect Country Through Genocide Of My Son and His Peers! October 23, 2018 Patrick L Green

Many of you have probably read or heard about the October 21st New York Times Article in which Trump and the Department of Health and Human Services are spearheading an effort to narrowly define gender as the genitals one is born with. In a Reuters article released on October 22, Trump says he is doing this to “protect the country”. We need to call this what it is. This is an attempt at genocide.

Many people think of genocide as the eradication of a group of people by mass execution. Genocide is more than that. The United Nations in it’s Genocide Convention defines genocide as follows:

Points B and C are in play here. This announcement is already causing mental harm and emotional anguish to approximately 1. 5 million americans and their loved ones. They are having this mental harm because they are facing the possibility of conditions of life that will bring about their physical destruction.

This narrow definition of gender that is not in accord with current western understanding of gender and sex.

The Department of Health and Human Services is a cabinet level office of the Federal Government. Trump got elected. He chose his cabinet. The Senate, under GOP majority control, confirmed them, and now we have proposed genocide. If this goes forward, we the people can declare the ruling unconstitutional and challenge it in the courts. We may even get lucky and have a federal judge with common sense decide in favor of my son and over a million other transgender people. But that can be challenged all the way up to the supreme court. We do not have to be a stable genius to know how things will go in the supreme court currently.

End of the day, my son is in danger because people do not vote.

I am seeing a lot of cis het moral outrage online. I have seen it before. Yet too many do not vote. These sick people who are swiftly turning this nation into Gilead from the Handmaid’s Tale keep getting elected. I am seriously considering talking to my child about seeking asylum in Canada while the passport is still valid.

This is surreal. This is scary. And this is happening right in front of our eyes.

I am begging everyone who believes in the rights and dignity of my son and every transgender person to vote in November. We can get control of the houses away from the GOP. In 2020 Trump can be removed from office. Let’s be honest. The 25th amendment will not be invoked in the current political climate. Impeachment, even if it were to happen, would not likely lead to removal from office.

The truth is I am scared. I am also angry at all my liberal and progressive friends who either do not vote or make stupid protest vote gestures. My kid does not have the white cis het privilege they do to be a snob who then feigns shock and outrage when things go awry.

If the shock and outrage is real, vote, protest, write elected reps, go to town hall meetings, and protect the lives of 1.4 million people who already face job and housing discrimination and a lifetime of battles and danger.

This latest maneuver by the Trump administration  has sent a ripple in the trans community and the parent community. It has been chilling. Why?

Over the last five years my son and I have had to face many trials most parents do not have to endure. Fighting school policies just to get his name recognized and proper use of locker room and restroom was a battle. Then there was having to stand in front of a judge to get his name legally changed. Line after line in various government agencies to get names and gender markers legally recognized. Battles with insurance companies, hospitals, municipalities, and on and on. All or much of the progress made in five years at great expense of time and money could go away with the stroke of a pen. My son’s name, gender, and rights.

I Need Your Support Now More Than Ever

I do not know what the future holds legally. I also do not know if I will need to travel to work with other advocates, allies, and parents. There are three ways you can support me.

October 16, 2018
Love Denied Trans by the Cis That Objectify And What They Miss
Next Post 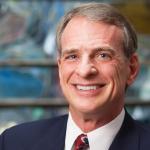 November 5, 2018 The Reasonable Faith of Dr. William Lane Craig On Me and My Son?
Recent Comments
0 | Leave a Comment
Browse Our Archives
get the latest from
TransParent Expedition
Sign up for our newsletter
POPULAR AT PATHEOS Nonreligious
1