Inspired by the openness Dolores O’Riordan  had about her depression I have written openly about my struggles and my discoveries along the road to wellness. I’ve recently learned that in trying to avoid the Dunning-Kruger Effect, I have fallen into Impostor Syndrome. Not only that, but shame of the past has allowed me to get into my own way. My child accidentally helped me discover this.

While in this therapy process, I am not being paid. This is now week 4 without a paycheck. I have been seeking opportunities to make a little extra money to offset the loss. In that spirit I wrote an article that appeared in Chicago Unheard. One of the editors came back and told me it was one of the most popular pieces they have had in awhile and it is doing quite well. That felt good to hear.

Then came the unexpected thing. I was contacted by a media organization. They were intrigued by the article and wanted to do a story. Since I have started writing Transparent Expedition, this has happened a few times. I have refused every one of these. Everyone from PBS to NBC to a documentary producer have asked for time to tell our story in more depth. I have refused saying that Dave was a minor. Well, Dave is an adult now.

I told the interested party that I would have to talk to my child first and I will respect their wishes on the matter. I then told my kiddo the situation and left the decision to Dave. Dave’s response was not what I expected. “Yeah, I’d be down.” Suddenly a wave of fear came over me. I realized, in that moment that I was using my child as a shield to protect me, not Dave. I then had to ask myself why.

What Am I Afraid Of?

I had to ask myself, ‘what am I afraid of?’ I found two things.

The first was the arrows that left scars. When I left the ministry I took a lot of arrows in the back as I walked away. Former congregants, people I had helped, peers in ministry and others. Many of these attacks were on a very public level. I have since kept as low a profile as a columnist on one of the most popular channels on Patheos can. I’ve unconsciously been doing this dance of being able to write about things that matter in the hopes of making a difference while staying “under the radar”.

The second fear is avoiding the Dunning-Kruger effect so strongly that I have become a victim of Imposter Syndrome. The Dunning-Kruger effect is a cognitive distortion where you think you are better at something that you really are. On the other end of the spectrum of cognitive distortions is Impostor Syndrome. Imposter Syndrome, as defined by a 1993 Georgia State University Study, is “a psychological pattern in which an individual doubts their accomplishments and has a persistent internalized fear of being exposed as a fraud”. The more I get noticed, the more people will be able to see that I am not a very good writer, father or person.

The truth is I am a human being. I’ve made mistakes. This is part of the human experience and it does not negate your worth, your accomplishments or your skill sets.

Am I A Good Writer?

The first time I was published was 2004. I won a writing contest and the article is still online. That would start opening new doors for me. Shortly after that I was a contributor in a book about Desktop Linux by Peter Van Der Linden.  I would end up writing various columns in online publications, magazines, and even newspapers. This would also turn into extra income writing retail channel guides, training modules and other professional copy.

By 2008 I would have a regular monthly op/ed column for 22nd Century Media and occasionally do staff writer articles for one of their newspapers. From there I would blog for fun and get picked up by Aquarius Magazine. I wrote a monthly column in their print and online magazine for a few years. In the midst of doing that, I wrote a book.

My book was published in 2015. I often focus on the fact that I did not get a lot of money writing a book. But on Amazon I have 22 5 star reviews on the book. On goodreads there are multiple reviews as well which seem to average 4 stars. I’ve also read blogs and book reviews that are mostly positive.

In 2016 I wrote the closing chapter/epilogue for David Hayward’s book and that was also the year I started writing Transparent Expedition for Patheos. The editor of the most popular channel on Patheos asked me to headline a column in his channel.

In a 14 year period, various editors, businesses, advertisers, book reviewers, publishers and readers have had confidence in my writing.

My grammar is not always perfect and my syntax leaves a lot to be desired, but I am a good writer.

The Pastoral Source Of This Unfounded Shame

Hear that message in the right context when you have just left an abusive home where you were beaten and verbally abused as you were told you were nothing only to have a youth leader that offered you salvation rape you, you start to have a warped version of not having the capacity for any good.

When you leave that enterprise, having people remind you of every mistake you made and point out every fault you have as they abandon you and leave you almost friendless reinforces that view of low self worth.

Those are the factors that led me to believing the lies about me. Now comes the heavy lifting. None of the people that told me from a tender age until now that I was worthless will ever take responsibility for their actions. I have to do my own heavy lifting. yes, I have people reinforcing that I am a good person and I have the evidence that I am lovable and have worth, but it is ultimately me that has to believe it and undo decades of damage to a psyche. It is, in many respect, akin to rewiring your own brain.

The Unimaginable Work Of A Transgender Person

I have seen this struggle firsthand through my child, my child’s peers and friends I have made. I cannot possibly imagine what they feel, but I can understand part of what with my current struggle. We all can.

Impostor Syndrome Affects Many of Us

If you go through life with that feeling of not good enough haunting you. I am so very sorry. I know what that feels like. Additionally, I also know what it is to be in pain.

What I did in the section where I asked myself if I am a good writer is similar to some of the exercises I am learning in therapy to counter the cognitive errors I make that affect my self worth. It is rather like putting your thoughts on trial and weighing the evidence.

I have to ask myself a lot of questions and challenge the lies I have believed and gone on to tell myself.

Am I a good father?

Do I have any worth?

Am I a failure?

Is this the end of the road for me? 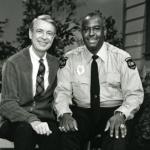 December 10, 2018
Mister Rogers and The Helpers We Are to Look For In Crisis Times
Next Post 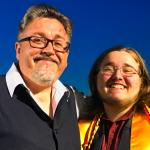 December 20, 2018 Breaking News! Transgender Teen Tells Own Story! Pass the Mic!
Recent Comments
0 | Leave a Comment
Browse Our Archives
get the latest from
TransParent Expedition
Sign up for our newsletter
POPULAR AT PATHEOS Nonreligious
1