David Bowie and Freddie Mercury Under Pressure By Christian Right

In the wake of David Bowie’s death I saw Christians celebrate and mourn his passing for one horrific reason! In their minds he was in hell. Why was he in hell? Bowie changing expectations of gender presentation put him in hell. Telling the world, “I’m gay” in a 1972 Melody Maker magazine was another reason. Further telling the world “I’m bisexual” was yet another nail in his eternal coffin. The same reasons they loathe David Bowie are the same reasons many love him and appreciate him.

Last week I wrote about how Freddie Mercury’s life contrasts with the wickedness of Christianity. I even spoke of the great vocal team up with Bowie and Mercury in Queen’s hit song, “Under Pressure”. The song moved me to tears when I needed to recognize my need to change the manner in which I love myself.

Bowie was brave in the statements he made and how he presented himself beyond the binary. He started making these statements not too long after being gay was decriminalized in the UK and a scant few years before a post Stonewall America. It was risky, it was dangerous and it was true Bowie.

Gay,or bi? Like Mercury I have no idea what Bowie’s sexuality was. I sometimes wonder if the language had not yet been found for him when he was growing up. We have so many new and beautiful terms which help people discover and explain who they are in regards to gender and sexuality. Gender fluid, pansexuality and many other terms were not yet in our daily lexicon. I do know that Bowie was, and is, an inspiration to many youth in many ways.

My own child is one of those youth. Dave (my child) discovered Bowie at the age of 12. The love of Bowie continues to this day. I got Dave a two album best of Bowie compilation for Christmas. I’m grateful that David Bowie was not only an amazing musician but an advocate and ally to the transgender world before we had terms like ally.

Under Pressure By Christians

Christian’s felt threatened by the popularity of David Bowie as Ziggy Stardust. A gender non binary bisexual alien character that was a chart success in popular music was a threat to the Christian world. Larry Norman cited Ziggy Stardust as a symbol as to the “lostness” of the younger generation. Larry Norman was one of the founders of the early 1970’s “Jesus Movement” that birthed Christian Rock as a “pure” and “safe” alternative to young people.

For decades now, mediocre artists have slapped Jesus and God into their uninspired lyrics to sell albums to Christian teens who had to burn and throw out their records.

Think about the con here for a moment. When I was a teenager in youth group, I wept as I threw out my music collection because my youth pastor told me I had to please god. Guest speakers at my church used Freddie Mercury to show how evil my music was. Then an industry sparked to battle David Bowie sold me, and countless other young people, music with a Christian message. Part of that Christian message is not only being LGBTQIA+ is bad, but liking LGBTQIA+ people is bad.

Under Pressure: The Song

The video for the song “Under Pressure” is powerful. Slant Magazine had this to say of the video:

“Stinging yet hopeful, the clip celebrates the pressure-cooker mentality of a culture willing to wage war against political machines.”

The song itself is poignant in it’s message. It speaks of life under pressure and how it can destroy so much of what is good and beautiful. In the end it calls for us to change our way of caring and loving others and ourselves.

This is the message that Evangelical Christianity wants to destroy and attack? This and so many other inspirational messages by Bowie and Mercury and so many others is what youth leaders and speakers to this day tell children to avoid while selling them Christian music?

Under Pressure By Conservatives and Trump

This list of people under pressure by the current White House could go on and on as rights are eradicated and the marginalized are pushed further into the darkness and the shoved face first into the dirt.

My grandmother used to have a saying that I love to this day:

“If you are shoved in the dirt and covered in sh**, you are a seed ready to grow into something beautiful.”

Bowie and Mercury were seeds that breathed life into more than one generation. The same is true of everyone else the religious are trying to shove in the dirt. As an ally and as a parent the best I can do is help pull the weeds from the garden and protect the budding breaths of life from predators. Then, we get to marvel at the beauty that has risen from the dirt and the sh** to breathe life and beauty into all of us.

The Challenge Bowie and Mercury Put Forth

“Under Pressure”, as a song, was a collaborative effort by Bowie and Queen. This was their challenge to us in the lyrics:

Too many ugly people with horrific ideas have tried to shove beauty to the edge of the night. It is up to all of us to care for one another and ourselves. 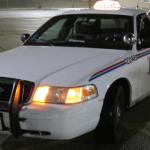 January 5, 2019
The Face of Broken Innocence: A Tale of the Darkness of the Night
Next Post 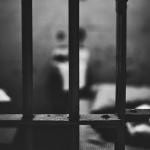