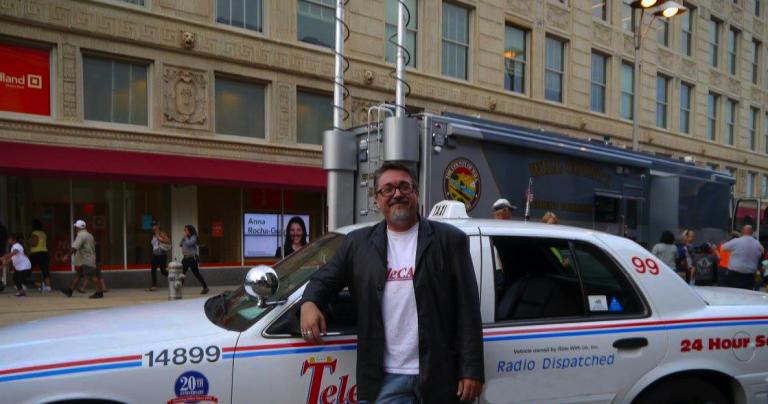 On This New Year, please enjoy a chapter from my 2015 book, “Night Moves: An Ex Preacher’s Journey to Hell in a Taxi”.

Every industry has busy days or seasons. The big three in the taxi world are Thanksgiving Eve (people need to get their drink on before facing relatives), St Patrick’s Day and, of course, New Year’s Eve. There was a running gag in the movie “When Harry Met Sally” about how difficult it is to get a cab on New Year’s. Seriously. People make reservations for taxis three months prior to New Year’s. We have a special schedule for that day. Your normal 12 hour shift becomes a 14-16 hour shift. Daytime drivers are moved to the night to cover the need. The good news is that you make extra bank that night. The bad news is, you earn every penny.

New Year’s is a different level of crazy. If you go to a bar or a hotel for a pre-arranged pick up, it feels like a zombie horde mobs your taxi trying to get into it and making you offers to give them a ride. Sometimes you even have to extract someone who does not get the point when you tell them you are there to pick up someone else. It’s crazy. It’s frustrating. It’s also money. A LOT of money.

From the moment I step into my taxi at 3 p.m. and finally leave it at 7a.m., the fares are almost non-stop. My pages for prearranged pickups are 5 deep most of the night. At the beginning of the night, the partiers are ready to have fun and looking forward to the party. By the end of the night, most of the passengers have had fights with significant others, are blitzed to near blindness, and often are throwing up or soiling themselves. Their good time have been replaced with low levels of alcohol poisoning, regrets from things said or done at parties, and they smell of alcohol and sweat.

Around 11:30 on my first New Year’s Eve shift, I was clear of all my pre-arranged calls prior to midnight. The closer you are to the magic moment of midnight, you get a lull in the action. I pulled into a gas station to use the restroom and get a coffee. I breathed deep the night air, stretched my legs and back, and lit a cigarette. I knew this was likely my last break for the remainder of the night. It was the eye of the storm.

I sat in the cab and texted with my kid, who was worried about me. I called my Mom, also worried about me. After that I just sat and enjoyed the lull. I had never driven so hard and so long with so many fares in one night. This was the halfway mark. I was not sure I had it in me but I also did not have a choice. This was New Year’s. It was going to be long. It was going to be arduous.

Shortly before midnight, my paging system alerted me to a fare. The pick up was from the west side, about a mile away from me, going to the train station. The train station? At midnight? There were no more outbound trains after midnight. Not even on New Year’s. I thought about radioing dispatch to verify the destination. I decided against it. Their night was as busy as ours. Besides, this night was already weird, so why not? Maybe there was some weird New Year’s party at the train station. I took a final few drags of my cigarette, emptied my coffee cup, and went to the pick up.

I pulled up to the house. It was a small home near the river on the west side of Joliet. I did not have to ask for a call out. Moments after I pulled up into the driveway a young African American man came out of the home wearing a Chicago Bulls coat and carrying a pie tin in a plastic bag. He was gingerly holding it as he got in my cab. I asked him if he was really going to Union Station. He sighed for a moment and said, “Look, I only got ten bucks. I’m just trying to get home. Can you just get me as close as ten bucks will get me?”

From the home we were at to Union Station would have been about ten dollars. I asked him his address, he gave it to me. I knew the street. I knew the neighborhood. I also knew ten dollars put him just shy of a mile from home. The neighborhood he lives in is a gang infested neighborhood where idiots think shooting guns at the stroke of midnight is a good idea and swell tradition. He’s a kid with a pie. He could not have been more than nineteen. He was soft spoken and polite.

I asked him about the pie. “Is that leftover pie?”

He says, “No, man. This pie hasn’t been touched with a fork. It’s for my Mama and my Auntie.”

I can smell the fruit of the pie filling my taxi. Its aroma removed the stale smell of cigarettes and sweat from my first round of passengers. It was still warm. He said “Mama and Auntie.” I hit the meter, put the Crown Vic in gear, and said, “You’re going home.”

We drove and I tried to make small talk. His answers were always one word answers. He kept on reminding me he only had ten dollars. I kept telling him that he was going home and no matter what the meter said, his fee was ten dollars. I had the radio on in the background. The radio DJ at a party in downtown Chicago started the countdown at 15 seconds. We both were quiet as I crossed an ancient iron bridge, heading toward the east side. The road was empty and the silence was palatable. The only thing piercing the silence was the sound of revelers on the radio counting down en masse. 10. 9. 8. 7. 6. 5. 4. 3. 2. 1. At the count of zero we heard the celebration on the radio along with fireworks and a few gunshots in the night air near us.

We were both quiet and alone together. I turned off the radio. We needed the silence. I looked back at him in the rear view mirror. We made eye contact and he nodded slightly. It is hard to describe what was there but it was tangible. Neither of us were where we wanted to be in life and we did not see the next year being much different. But we were together and we understood it. We survived and we will survive. It was the nod that people who have known each other for years share. It is the nod that is a conversation. Nothing else was needed. We saw each other fully in that moment. No words were spoken the rest of the ride. No words needed to be spoken.

Two minutes later, I pulled into the alley behind his house. He gave me his ten dollars and I took few dollars out of my wallet and put it into my cash bag to cover the rest of his fare.

I looked at him and said, “Happy New Year Trayvel.” Trayvel was the name on my paging system.

“Thanks for getting me home. My name is Trayvon.” He corrected.

“Trayvon,” I said. “Patrick.” I extended my hand. He shook it, gathered up his pie and plastic bag, and left the taxi.

I waited for him to get in the door before driving off to a casino for my next party. This would be the beginning of the next leg in a very long and very crazy night. There would be frustrations, vomit, feces, upset people, and some tips.

None of it really mattered. How much I booked. How many tips I got.

This time. This night. Trayvon got home. All he wanted to do was go home. 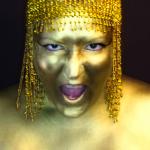 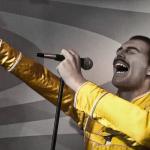 January 3, 2019 Freddie Mercury's Life Contrasts With The Wickedness of Christianity
Recent Comments
0 | Leave a Comment
Browse Our Archives
get the latest updates from
TransParent Expedition
and the Patheos
Nonreligious
Channel
POPULAR AT PATHEOS Nonreligious
1