“Does the artist do consignments?” the elegantly dressed black woman asked me. I told the woman she did. “I’d like this painting, but I want the woman to be like me.” I furrowed my brow and asked her what she meant. She sighed and said, “Make her a black woman.” Representation was all she wanted. I looked around the gallery and realized in that moment we were very white here.

I negotiated a price and spoke with the artist I was representing that night at a “Meet the Artist” event I sponsored. A few weeks later, the above painting was delivered to the woman who wanted it. She was moved and delighted by the piece that represents her.

A few months later I was in an art gallery with one of my pieces up. I walked about the gallery and a sketch grabbed my attention. It featured a young black boy wearing a flat cap with no smile and haunted eyes. It was supposed to feel real and intense and in your face. All I saw was a white person trying to represent black people. But it felt like punching down.

I then thought about the reason why I do not hang out with a local photography group with their own gallery and store that I could display in. They can be impolite and I started thinking about the street photography I have seen in their gallery. All the black people were either homeless or appeared to be gang members with intense close ups. I see people telling the white photographer how powerful the shots of the homeless are. I have seen this too many times. It is an easy shot to take and get kudos for the realism.

I have explored this issue time and time again regarding the transgender story told by cisgender writers and directors casting cisgender actors. This was first covered when I asked if trans entertainment without representation is alienation.

Later I would speak to the issue again when Scarlett Johansson was cast as a transgender man. Currently we are seeing this trend continue today as cisgender male actor from Star Wars fame, Diego Luna, is playing a transgender woman in an upcoming film. This form of representation is creating the stereotype that a trans person is nothing more than a man in women’s clothing or a woman in men’s clothing.

One of the most insulting things I have seen is the Mammy. The mammy was created by white supremacist so we could see powerless slave girls as consenting women. The first time we see the mammy onscreen is in Birth of a Nation, a film that celebrates the Ku Klux Klan. But that isn’t the only time. Gone With the Wind, Holiday Inn during a blackface scene, Aunt Jemima selling syrup, and Calpurnia in To Kill a Mockingbird. In more modern settings there was the evolution of the mammy in Gimme a Break’s Nell character. In the 21st century we are now seeing a trend of black male actors being cast as the mammy in drag.

Young black men play thugs and gangsters using dialogue written by white men while we call movies written by Spike Lee controversial. And in high school theater programs we celebrate the musical Hairspray where a plucky white girl has to stand and save the day for all black people.

Over the last few years I have been extremely cautious in my street photography. It is one of the most important genres of photography. In this world of social media and cell phones with filters we are creating an unrealistic and idealized world. Street photography captures what is true through the perspective of one person. It is candid and honest, but the view of people in other cultures that you are not a part of needs to be humble and respectful.

As an ally I know there is a line, I just do not always know where the line is. I error on the side of caution Today I am taking a step closer to that line than I normally do.

Whenever I see black people or people of color in dignified and celebratory moments, I take that shot when my camera is in hand. I want the picture to tell the story for I do not know the story.

I’ve spoken with some trusted friends in the black community who are activists of one form or another about my photos and making the focus of this project public. I’ve been told that I cannot control how people will react and I have also been told that the photos do not look staged, unnatural or insulting. So it is worth the risk.

My Goal for the Photos

All of my street photography is about a fascination of love of people in moments. What I hope the pictures of my photos accomplish is as follows: I hope people take a pause when they represent a culture they are not part of. I hope they show respect, beauty and dignity. In comedy, it is an unwritten rule that you punch up and not down.

This is also a thank you to the black community. The civil rights fight has given me the words of MLK and Dr Maya Angelou. Those words have helped me stand with, and for, my child. Members of BLM have helped me see what privilege is and helped me be a better ally, father and neighbor.

It is my hope this work is valued and seen for what it is, a labor of love and respect.

Please Support This and Don’t Steal This!

I can only ask that you not download these. They are mine. I took them and displayed them here as an act of love and beauty. If you find beauty in the work, please support it.

There are three ways you can support this. If you feel what I do here matters and want more, you can help. 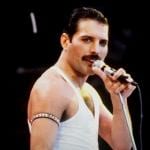 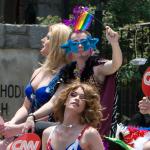 February 26, 2019 United Methodist Church Won't Affirm LGBTQIA+ People: Now What?
Recent Comments
0 | Leave a Comment
Browse Our Archives
get the latest from
TransParent Expedition
Sign up for our newsletter
POPULAR AT PATHEOS Nonreligious
1