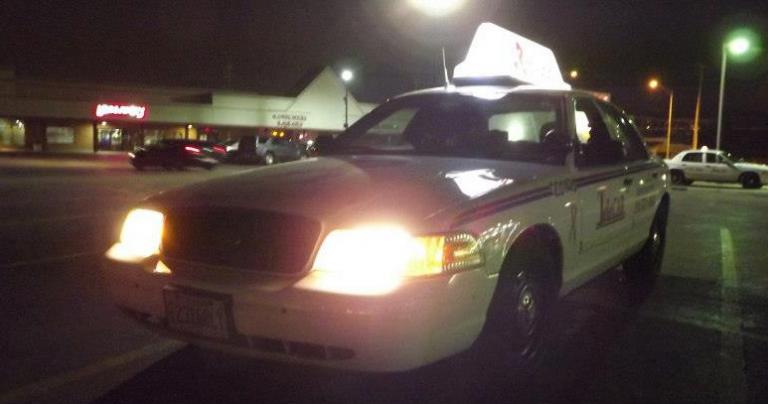 Chrissy the homeless transgender prostitute was a bit of a legend to the denizens of the night in Joliet. I had her in my cab a few times. It never went well. There came a point where we banned her from rides for the trouble she caused. One fateful night Chrissy and I would find ourselves in a mess.

For those who have not read my book, “Night Moves: An Ex-Preacher’s Journey to Hell in a Taxi“, I drove a taxi for a few years after I left ministry. One night in 2014 I got a call given to me by dispatch. It was by the police of a neighboring town to Joliet. We had a few contracts with local PD. This was not at the station. It was in a suburban shopping plaza.

I pulled up and to the plaza. It was easy to see where to go. There was a crowd of people and 3 squad cars. I pulled up. The police were glad my taxi was a minivan. They explained to me that they were packing up a homeless person’s stuff and I was to take her out of town. Then I heard her voice in the background yelling at officers. It was Chrissy.

The radio crackled. “Dispatch to 22, go ahead.”

“What?” Said the dispatcher.

“Yeah! Chrissy! They are loading her sh** into my car!”

Two police continued to load her stuff into my car. I asked for the officer in charge. I took him out of earshot of the crowd.

“Officer. She’s banned from our cabs. I am not taking her.”

The officer did not miss a beat. “If you ever want to pick up in this town again, you will take her back to Joliet or wherever you want to take her that is not here.”

“Every homeless shelter in Joliet has banned her and it’s not like your pretty little burb has any f***ing shelters. Arrest her, take her to a hospital. This can’t be legal, officer.”

“You don’t tell me what the law is. Right now, I am the law.” He took a step forward.

“Did you really just say that?”

“Fine, but I’m not loading her sh**. You guys do that while I turn on the meter.”

I tried not to make eye contact with Chrissy. Last time she was in my taxi she ran at a stop light and I ended up eating her fare. All I saw in that moment was a pain in the butt for my night. She was just another meth head homeless hooker. Due to her being transgender, the novelty made her infamous in Joliet.

Then something happened. People in the crowd, mostly women, started giving me homemade cookies and cash for my trouble. They were treating me like I was a hero doing something good. Did they know I was taking her to the border? Did they care? I am the hero taking her out of their plaza where they can go to Target and Chilis in their yoga pants on their way to zumba. There were no heroes that night. Just a victim and lot of villains.

I looked at Chrissy. I looked at the cops. Then I looked at the women thanking me. The former minister in me began to hate everyone in the parking lot with the exception of Chrissy. She was black. She was transgender. Chrissy was also homeless. She was a blight on this pretty town next to Joliet. That was all she was to them. There was no humanity. Me? I was the hired hand to get her out of town like a scene from a bad western.

The officer in charge of the scene let me know my taxi was loaded as another officer unceremoniously shoved her into the back. He gave me a wad of cash. I did not count it. I stared at him for a moment, got in my taxi, and drove off.

My eyes watered from the smell. Between her stuff and her, the smell almost caused me to gag. I rolled down the windows and lit a cigarette. I offered Chrissy one. Instead of saying yes or no she kept punching the roof of my taxi screaming, “I’m a good girl! I’m a good girl!”

“I know Chrissy. This ain’t your fault. Look, I’m coming into Joliet through 30 on the west side. You got any spots back here?”

“Lemme think. I gotta calm down.”

Then I heard a snap. I knew the sound of that snap. I moved my mirror and saw her wrap a tube around her arm to find a vein. “Chrissy! No shooting up in my cab!” She started waving the needle screaming she was a good girl.

“I know Chrissy. This is really shi**y! I’m sorry. You are a good girl. Now stop waving the needle.”

There was silence. As we got into Joliet she said,”Toys R Us. I got a spot behind them. Take me there.”

We pulled behind the Toys R Us and she told me to stop by the dumpsters. She got out and we grabbed 3 shopping carts. I started unloading her stuff. It smelled of soiled clothes and spoiled meat. There was one bag that was special to her and I must have handled it too roughly. She started screaming and waving her hands at me. One hand still had the needle in it. I held up my arms over my face and told her to stop.

Chrissy dropped the syringe and stood there shaking and crying. I continued to unload her stuff, more gingerly this time. By the time I was done I had tears streaming down my cheeks. Wet and hot tears. I walked up to her and offered her a hug. She went into my arms and sobbed uncontrollably.

I kissed her forehead and told her I had to go. I handed her some of the cash. She said, “Ain’t no one hugged me in years. You a man of god.”

I got in my taxi, starting the engine and said to myself, “Not even close, Chrissy. Not even close.” As I pulled out of the lot, I felt an itch on my left arm. I had a long and deep needle scratch.

“Dispatch, 22 smells from Chrissy and I feel sick. I am bringing it in and calling it a night.”

I got the taxi back to base as fast as I could. I was terrified. When I got in my car I drove to the ER as quickly as I could.

I did not know I was about to start a post exposure prophylaxis treatment that would wreck my stomach to shreds for weeks. All I knew was I was scared of a dirty needle stick.

I would never see Chrissy again. But that night I saw her differently. It would be another year before I would learn my child was trans. It would be a short time after that I would learn how many transgender people end up like Chrissy. They end up there partly because of cops like that, middle class clones like that, and cabbies like me.

This is what happens to people rejected by their family, employers and society. It is wrong. If you are black and a transgender woman, you are at the highest risk for violence and murder. Add prostitute and homeless to that, Chrissy was bound to die one day.

I ate a cookie as I pulled into the hospital parking lot. It was oatmeal raisin. 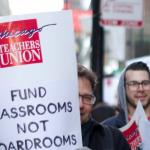 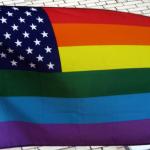