The countenance of hate and anger was clear on the man’s face wearing a Fox News hoodie. Sometimes his upper lip would twitch into almost a snarl. His gaze did not leave me the entire time we were on the bus. My child asked me if I was safe. I honestly didn’t know the answer to that question.

A few days ago I was in the Chicago Loop to have lunch with a friend and seek job opportunities. To get home from downtown, I take a train and then a bus. Public transportation is one of the great advantages to living in an urban area like Chicago. It was very cold that day so I wore a scarf.

The scarf I own was a gift. It is very long and has rainbow colors all over it. I do not wear it to make a statement, I wear it because it is fun and makes me think of my child who is away at college.

The Man in the Fox News Hoodie

After I got off the train, I walked to the bus stop and got on. A man sat down across from me. He seemed a little younger than me, broad shouldered, shaved head, working man’s hands and was wearing a Fox News hoodie (I cannot make this stuff up). As he was getting situated, I was unwrapping my scarf from my nose and mouth.  Then I saw something I could not believe.

I looked away from the man in the Fox News hoodie as the bus left the stop. I looked casually into my phone. Yet I could see him still staring at me. At first I thought it was amusing. So I sent my child a quick text.

“So I’m wearing my rainbow scarf and I’m getting the stink eye from a guy on the bus. He is…swear to god…wearing a Fox News hoodie.”

A few stops and a few minutes later, the man in the Fox News hoodie was still looking at me loathsomely. I briefly made eye contact with him again and he flipped me the bird surreptitiously. It was hard to believe this combo platter of aggression and microaggression was being served to me. I sent my kid another text.

“He won’t stop staring at me! Creep!”

My child asked me if I was safe. I honestly didn’t know the answer to that question. There was a feeling of danger. This man’s expressions, mouthed words, clenched fist and middle finger were surreal and intimidating. With the strange nature of this moment, I had no idea what to expect.

Two stops later, he got off. I texted my kiddo and said the man left and it was weird. The response I got back was:

“That’s homophobia baby!!! That’s an everyday thing for some of us!”

The last time I was mistaken for gay that I am aware of was at a popular gay bar in Chicago. The circumstances there were far more warm and friendly as it was a flirting man trying to get my phone number. The man in the Fox News hoodie was anything but warm and friendly.

What I experienced was only about 15 minutes and several stops on a bus. That was enough. My child is right, that is homophobia and it happens to people every day. Sometimes it leads to violence, molestation or death. Other times it will be a refusal of service, adoption request, employment or a lease. This is the America we live in.

The Trauma of Hate

I am a man in my 40’s. My child and fellow classmates in college are in their late teens. They have experienced this and worse since middle school or earlier in some cases. Some almost daily. In my last article I wrote about how the “Never Safe Reality is an Unbearable State of Existence”. In that article I spoke about the how trauma affects the brain.

As a refresher, here is part of what I wrote:

According to the Blue Knot Foundation for complex trauma, the following can occur:

•          Reduced activity in Broca’s area (this is the area for speech). This can make it difficult to talk about trauma and describe it with detail (Hull, 2002).

•          Changes to amygdala function (Wilson et al., 2011; Pechtel and Pizzagalli, 2011). This can make a person more likely to react to triggers, especially emotional ones. People can experience emotional extremes and struggle to regulate their emotions.

•         Changes in ‘reward pathways’. This can mean that survivors anticipate less pleasure from different activities, and may appear less motivated (Pechtel and Pizzagalli, 2011).

A Taste of the Daily

For the first time in my life I got a small taste of what people like my child experience daily. I wonder if the man in the Fox News hoodie has a child. Does he care about the impact these actions have on children? Does it occur to adults who say horrible things to and about LGBTQ+ children that suicide is the 2nd leading cause of death in teenagers according to the CDC?

I recently had a conversation with someone who posted a meme poking fun at Greta Thunberg. When I challenged her she went on to call a 16 year old child a psychopath and then defend the behavior of calling her names. This is a woman in her 40’s. One only has to go on twitter or read the news to see what cruel and disgusting things people say about Greta Thunberg, including the president of the United States! When ABC News ran a story on me and my child some of the comments about my teenage child were horrific and disgusting.

We need to stand up against hate and it needs to be done sooner rather than later. LGBTQ+ children and adults are dying in the name of grown men and women “speaking their mind”.

I could not do what I do without the help of the Patreons! Thank you! Especially in this moment of joblessness. 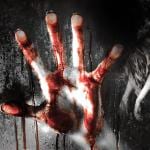 December 10, 2019
Never Safe Reality Is An Unbearable State of Primal Existence
Next Post

February 20, 2020 How We Won With No Apologies: Starting From the Happy Ending
Recent Comments
0 | Leave a Comment
"Hi, Pat!This ties in with something I've been thinking about lately: the different types of ..."
Foxglove Coping Beauty and Mental Health Awareness ..."
"No. I do not do any weddings as part of my services. None. Zip. Zero. ..."
Pat LafordGreen Welcoming Poison and A Promise for ..."
"Photographers do not operate in the same way that bakers do. When you run a ..."
Julanar Welcoming Poison and A Promise for ..."
""I am a photographer. I no longer do weddings.""I think the bakery that refused a ..."
Kendra Welcoming Poison and A Promise for ..."
Browse Our Archives
get the latest from
TransParent Expedition
Sign up for our newsletter
POPULAR AT PATHEOS Nonreligious
1