Never Safe Reality Is An Unbearable State of Primal Existence

I looked at my therapist across the table last week and asked when we get to the complex trauma stuff. She told me much later because I don’t feel safe around her yet. That safety takes time to establish. During the course of this last week I realized an unfortunate truth. I never feel safe.

I have not felt safe since I was nine years old. Forty years now the amygdala has been in almost constant fight or flight mode. My brain has been hijacked by a primal response for survival.

As a child the danger was very real. To avoid cruel words, beatings and molestation I had to keep a low profile and be whatever it was my abuser wanted me to be. When abuse would inevitably happen, I had to shut off a part of myself and just power through the pain. In an untreated state with the abuse undisclosed, that was how I was wired.

A lifetime spent of constantly feeling there is danger about to occur. A lifetime spent losing my identity to become whatever others want of me to be accepted. Lack of acceptance was equivalent to danger. You allow a lot of things to be said to you and about you because you are used to powering through the pain with an unusual calm. When there is actual danger, I am very calm. It is the fear of the danger that dominates the day and the night.

The Basics Of Fight and Flight and Trauma

The amygdala is the primal part of our brain that some people call the fight, flight, freeze or f*** response. A threat of potential danger sets off the amygdala. From there, it is up to a part of our brain called the hippocampus to process the information about the possible threat. The hippocampus has a conference with the prefrontal cortex while also conducting memory storage. A response is planned. If the prefrontal cortex realizes there is no danger, it shuts off the fight and flight alarm in the amygdala.

So what happens to the balance and harmony of this dance of the primal and more evolved brain when you introduce complex trauma at a young age? According to the Blue Knot Foundation for complex trauma, the following can occur:

•          Reduced activity in Broca’s area (this is the area for speech). This can make it difficult to talk about trauma and describe it with detail (Hull, 2002).

•          Changes to amygdala function (Wilson et al., 2011; Pechtel and Pizzagalli, 2011). This can make a person more likely to react to triggers, especially emotional ones. People can experience emotional extremes and struggle to regulate their emotions.

•         Changes in ‘reward pathways’. This can mean that survivors anticipate less pleasure from different activities, and may appear less motivated (Pechtel and Pizzagalli, 2011).

In plain English, I am almost always in fight or flight mode and it will take less and less to create that feeling over time.

Though there is no pill that will make this go away, my higher brain can consciously “rewire” this mess. To do that I have to make a daily effort to use exercises to recondition my brain. To do that I have to be aware and present in the moment. It involves things like having a “happy place” in my brain of a time when I felt safe and joyous. There has to be conscience effort of getting past the narrative that I am less. Using Cognitive Behavioral Therapy, I have to challenge every aberrant thought of perceived danger.  There is also a need for meditation to calm the waters and specialized coping skills for the surfacing of trauma.

This is heavy lifting and it is something that has to be done every day. Over time, it will be easier, but the work is never finished. I am in the moment, fighting my nature while simultaneously changing my nature.

I am not the only one. We all know there are many adult survivors of trauma at tender ages. We know that far too many women have experienced not only rape, but multiple occasions of sexual assault that created the same conditioning. Then there are the many veterans we have out there that have been on deployments from Vietnam to our current and recent conflicts in the Middle East. These are the common victims of PTSD and complex trauma we think of.

There comes with these groups, which includes my child, a very real and very constant danger that leads to necessary hyper vigilance.  But that need to survive, as you can see from this article, comes at a cost to how the brain processes information. There is also the reality that they are subjected to microaggressions daily along with higher risk of further trauma.

This life is worth living, and while I search for a job and work on my healing, I see more of the wonder and beauty the world has to offer. But this trauma is part of the world we live in and part of what we do to each other as a species. There are so many who feel like they are never safe. It is an unbearable state of primal existence. 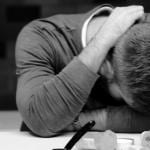 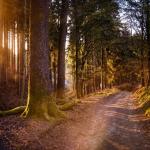 The Secular Therapy Project Surpasses 20,000 Registered Clients
By Dr. Darrel Ray, founder of RfR and the STP —  Shortly...
view all Nonreligious blogs
What Are Your Thoughts?leave a comment
Copyright 2008-2020, Patheos. All rights reserved.