Voting and How You Can Win With No Apologies: Why Your Vote Matters!

Voting and How You Can Win With No Apologies: Why Your Vote Matters! February 23, 2020 Patrick L Green 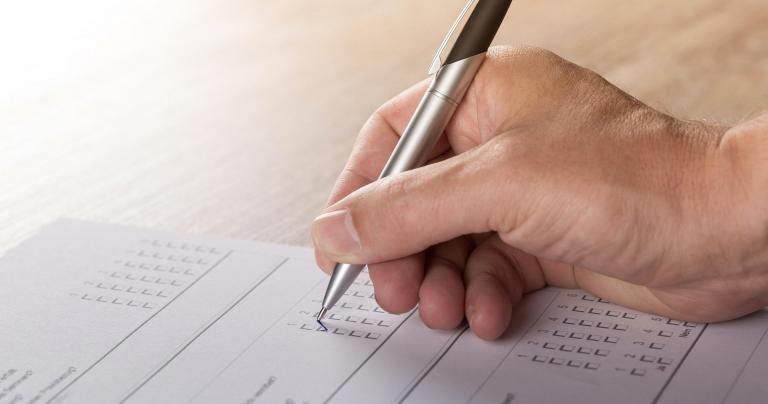 “Not voting is not a protest. It is a surrender.” These words were said by Minnesota Attorney General Keith Ellison. Ellison doesn’t surrender. He overcame an incumbent Republican candidate and moderate Democrats. He became the first African American Muslim elected to statewide office in Minnesota. Voting Matters.

In my last article I told you how my child and I won our battles with no apologies. Now we are going to talk about how you can win by voting.

Russians and the GOP Fear Your Vote

Despite the cries of “fake news” by President Trump, President Putin and Trump supporters there is no longer any doubt that the Russians used Facebook and other tech platforms to influence the 2016 election. Most Democrats and Republicans in both houses know this is a fact. President Trump is in a very small minority denying this fact while trying to gaslight a nation. Your vote matters so much to the Russian government that they want to suppress and manipulate elections. Voting matters.

Pennsylvania, Arkansas, Wisconsin, North Carolina and other states have something in common. Republican legislators and governors have been aggressively moving into law and enforcing (or attempting to enforce) unconstitutional voting ID laws. These laws not only are addressing a problem that does not exist at taxpayer expense, it is racist and elitist. According to the ACLU’s Voter ID Legislation Fact Sheet:

“Voter ID laws deprive many voters of their right to vote, reduce participation, and stand in direct opposition to our country’s trend of including more Americans in the democratic process. Many Americans do not have one of the forms of identification states acceptable for voting. These voters are disproportionately low-income, racial and ethnic minorities, the elderly, and people with disabilities.  Such voters more frequently have difficulty obtaining ID, because they cannot afford or cannot obtain the underlying documents that are a prerequisite to obtaining government-issued photo ID card.”

Republican governors and legislatures in red states seem so afraid of the voice of minorities, the elderly and people with disabilities that will do whatever it takes to prevent these American citizens from exercising their constitutional right to vote in elections. Voting Matters.

There is a difference between redistricting and gerrymandering. Redistricting is a process that happens every ten years. Most of us learned this in Middle School. It is simply drawing electoral district boundaries.

Gerrymandering is a very insidious and manipulative process that can happen during a redistricting. The lines are drawn to deliberately manipulate the boundaries to hinder voters from voicing their interests through their votes. This essentially predetermines election outcomes. I wish I could say that only Republican do this. That said, according to Vox, “Large swing states like Ohio, Michigan, and Pennsylvania drew maps that locked Republicans into power in the state legislature. Their control over the state legislatures then gave the GOP an unfair advantage in the US House.”

With the way current maps are drawn in the US, there is an up to 9% potential difference between the popular vote and the electoral votes. The electoral college, for better or for worse, is not going away anytime soon. But the Electoral College was never meant to overrule the will of the people. It has done exactly that four times. Presidents Trump, Bush, Harrison and Hayes were not the people’s presidents. They were the Electoral College’s presidents.

Some are so afraid of the votes of the people that they are redrawing maps. Voting matters.

Myths That Affect Our Votes

The very word electability gets a red underline on my word processor. Ain’t may be a real thing much to the chagrin of my 4th grade teacher, but electability ain’t. In an investigative report in FiveThirtyEight by Maggie Koerth titled “You’ll Never Know Which Candidate Is Electable”, she writes:

“Political scientists study electability, but electability ain’t no science. Instead, researchers say, it’s basically a layer of ex post facto rationalization that we slather over a stack of psychological biases, media influence and self-fulfilling poll prophecies…

“[Electability] is this vague, floppy concept,” said Nichole Bauer, a professor of political communication at Louisiana State University. “We don’t know who is electable until someone is elected.””

I was speaking with a dear friend of mine who is a professor at DePaul University. While discussing the matter of electability, she observed that, like gender, electability is a social construct.

Do not give up your vote in the primaries to a social construct misinterpreted by certain pockets of the media, pundits and social media quizzes. The most electable candidate it the person who gets the most votes. In the primaries, vote for the candidate you want to represent you in the general election.

Some would tell you to not vote your conscience because that will threaten the future. They state this incorrectly. Often times it is misunderstanding the facts, sometimes it is deliberate manipulation of your intellect. Voting matters so much some will gaslight you to prevent you from voting your conscience.

The Myth of the Swing Voter:

Politico recently ran a story about political scientist Rachel Bitecofer. Bitecofer, a professor at Christopher Newport University, came to be recognized in the wake of the 2018 midterm elections. Politico reports that was “when she nailed almost to the number the nature and size of the Democrats’ win in the House, even as other forecasters went wobbly in the race’s final days. Not only that, but she put out her forecast back in July, and then stuck by it while polling shifted throughout the summer and fall.”

According to Bitecofer and some of her peers, there is no more swing voter. From the Politico article, Bitecofer challenges the “classic view is that the pool of American voters is basically fixed: About 55 percent of eligible voters are likely to go to the polls, and the winner is determined by the 15 percent or so of “swing voters” who flit between the parties. So a general election campaign amounts to a long effort to pull those voters in to your side.

Bitecofer has a nickname for this view. She calls it, with disdain, the “Chuck Todd theory of American politics”: “The idea that there is this informed, engaged American population that is watching these political events and watching their elected leaders and assessing their behavior and making a judgment.”

When you go to the polls, do not hold to this idea of who can reach this mythical group of informed and engaged patriots waiting to make their move. Make your move based on your conscience and your convictions. There are people who want to tell you not to vote your conscience because of a myth seeped more in fear than in current reality. Voting matters.

The Myth of Rampant Voter Fraud:

Voter fraud is something that both Republicans and Democrats love to bring up in conspiratorial whispers and shouts. Many of the voter ID laws have been passed to prevent a problem that does not exist. To avoid cries of fake news or partisan news I am going to cite Pro-Publica since it has some of the world’s finest and renown investigative journalists. In a Pro-Publica resource on voter fraud, they state that there have been fewer than one thousand incidents of all forms of voter fraud out of more than one billion votes since the year 2000. That is a tenth of one percent in twenty years.

Some will encourage you not to vote because the system is rigged and your vote will not matter. My grandmother used to “spoil her ballot” by deliberate destruction of her card so no one could steal her vote. There are many who do not vote for the same reason. It is a lie. If you do not vote, your voice is not heard. Voting matters.

My child is far more than a Transgender teenager. Gender and sexuality are a part of all of us, but not our defining characteristics. My child is, among many other wonderful things, an American citizen that is supposed to be protected by our Constitution. They know that “we the people” does not include them as it should. At the age of 17 they legally registered to vote to not only take part in the midterm elections, but the midterm primaries.

A now 19 year old teenager knows to look beyond the myths, face those who would suppress their vote, and make their voice known. If voting did not matter, so many people would not be perpetuating myths, unduly trying to manipulate Americans and suppressing votes.

We stand at a crossroads, perhaps even the edge of a precipice, where if we do not make our voices known now, we may actually lose the ability to have a voice.

Vote while you still can. Voting matters!

February 20, 2020
How We Won With No Apologies: Starting From the Happy Ending
Next Post 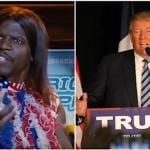 April 26, 2020 Trump Vs Camacho: Which President Can Handle A Crisis?
Recent Comments
0 | Leave a Comment
Browse Our Archives
get the latest from
TransParent Expedition
Sign up for our newsletter
POPULAR AT PATHEOS Nonreligious
1