How We Won With No Apologies: Starting From the Happy Ending

How We Won With No Apologies: Starting From the Happy Ending February 20, 2020 Patrick L Green 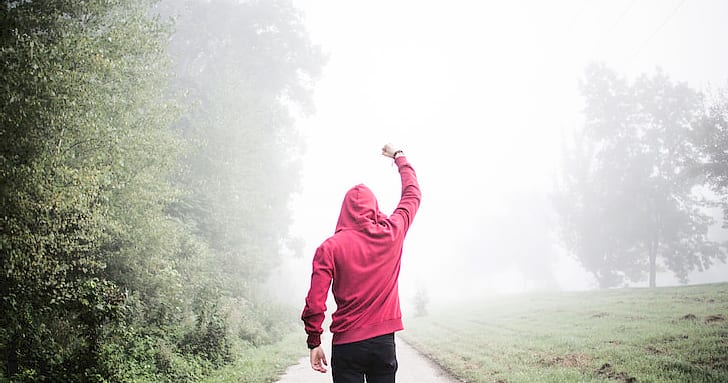 Let’s start this from the happy ending. My child fought their own battle at their University and won. This was their fight and not mine. My kid won! Every battle we have fought together for equality we have won. We took the hits but not the fall. Set backs and hurdles have never been in short supply, but we won.

A professor at the University refused to use my child’s pronouns and names. The professor claimed, falsely, that her hands were tied on the matter and she was bound by rules and ethics. My child took the matter to a campus advocacy group who elucidated for her and the administration what the rules and law actually are and she is now using the correct terminology. They won!

The Fights We Won With No Apologies

As a minister I fought for the rights of a gay teen in my church who was beaten by two other students. We got a court order of protection and forced a reluctant principal and superintendent to enforce it on campus. That would lead to meetings with legislatures in the State of Illinois which would expand anti bullying protections for children. This would also lead to a three year battle to get a GSA in the local high school over the protests of the mayor’s wife and conservative Christian interest groups within the local Catholic and Evangelical communities. I won.

That was the precursor before I knew my very own child was LGBTQ.

From the time my child was in 8th grade we would fight 3 different schools over their rights and the rights of other kids and we won. A school superintendent retired early, two principals lost jobs, a substitute teacher does not get to sub anymore and a PTA parent lost access to school functions. Every time a school would stand in the way, we would fight and we would win.

Groups would stand in the way of recognizing the name of my child. We took the matter to court, sat in front of a judge knowing we had 40/60 odds and we won the judge’s approval to a legal name change. From there gender markers would be changed which meant correct school ID’s, Social Security Card, Drivers License and a Passport. We won.

Legislation that protects my child and other LGBTQ children and adults were passed in the state of Illinois. It was passed with the help of countless parents and students working together in a state with a Republican governor and split houses. Not once, not twice, but seven times those laws passed with bi partisan support and signed by the governor. We won.

Trump’s GOP and the conservative Christian Catholics, Evangelicals and White Nationalists are continuing to do their best to reduce the rights of LGBTQ children and adults. They continue to hurt children at the border. Some of those children have died and many have been molested. Racist rights matter more than black lives in this current White House. We will win.

The Tool We Have Not Used

Social media rage. I sometimes believe that white cis het progressives are more interested in complaining with indignant rage online than they are in actually creating change. Social Media outrage has never changed anything. All it seems to be is tubthumping, chest pounding, and division. This war will not be fought and won with social media outrage. We have never once won any of our battles using social media outrage.

The Tools We Have Used

I am going to tell you in upcoming articles in this column how my child and I have used these tools to win every battle we have fought. There are more battles to be fought. Rights have been reversed and there is an election just around the corner. The time for change is now. The time for useless outrage and pontifications has passed. People have died needlessly and more will continue to perish if the Trump GOP and conservative Catholics, Evangelicals and White Nationalists are not stopped. We will win.

In the words of Bon Jovi in the song “No Apologies”, I am just a “white trash train track kid fighting for survival trying not to do like his daddy did”. I am a man who struggles with complex trauma/PTSD and refuses to be ashamed of my mental health issues. I am not a wealthy man, but I am rich in friendships. In this life I have made mistakes that have hurt myself and others that I love deeply. Complex Trauma that started in childhood led to a fractured and imperfect man who is learning every day to love better and more true. However, in the wake of my recent failed suicide attempt I have learned how much good and inspiration I have done for others and how much they love me.

I used to be a minister with wondrously fancy titles and positions of power and spoke across the nation. Now, I am a dad who tells stories and takes pictures. I make just not enough to get by. I have great friends who love me no matter what and I have a few precious family members who never left our side. That is all. I am just a guy who is mostly harmless.

My child is an honor student and has more character and maturity at their age than I did at 19. They also know how to fight and win.

In closing, I am a dad that no longer gets to fight my child’s battles. They are fighting their own and standing up for others who are oppressed. As a parent, I have won.

Read on and join us in starting this story from the happy ending with no apologies.

February 23, 2020 Voting and How You Can Win With No Apologies: Why Your Vote Matters!
Recent Comments
0 | Leave a Comment
"Hi, Pat!This ties in with something I've been thinking about lately: the different types of ..."
Foxglove Coping Beauty and Mental Health Awareness ..."
"No. I do not do any weddings as part of my services. None. Zip. Zero. ..."
Pat LafordGreen Welcoming Poison and A Promise for ..."
"Photographers do not operate in the same way that bakers do. When you run a ..."
Julanar Welcoming Poison and A Promise for ..."
""I am a photographer. I no longer do weddings.""I think the bakery that refused a ..."
Kendra Welcoming Poison and A Promise for ..."
Browse Our Archives
get the latest from
TransParent Expedition
Sign up for our newsletter
POPULAR AT PATHEOS Nonreligious
1