Vote As If Your Life Depends on It! Why? Other Lives Depend On It!

Vote As If Your Life Depends on It! Why? Other Lives Depend On It! September 17, 2020 Patrick L Green

We must all vote as if our lives depend on it, because the lives of countless others are at risk. The height of privilege is to take this fact lightly. Our lives are not at risk, so many other lives are. My child and their transgender peers are among those who’s lives are at stake. If we do not take this seriously, more Americans will die.

The State of the Failed Union

NBC News recently reported the high stakes of the upcoming election on transgender people. Last November, the US Commission on Civil Rights reported that the Trump administration has been “undoing decades of civil and human rights progress”. Some of the citations the commission referred to was “reversal of transgender bathroom protections in public schools, its efforts to eliminate transgender health protections from the Affordable Care Act and its unsuccessful argument that Title VII of the Civil Rights Act does not protect transgender workers”.

As of this writing, we’ve hit the 200,000 death mark of Covid 19. Our government may be guilty of forced sterilization of immigrants. Almost 70,000 children are being illegally detained. Thousands of those children have been sexually abused. We cannot forget that the number of black people killed by police shootings is on the rise. The looming eviction crisis in America due to this administration’s poor handling of this crisis threatens up to 40 million Americans (I am one of those-and the moratoriums do not protect us all).

The Shaming of the Suffering

I did not realize this when I was a minister, but one of the marks of privilege is shaming the suffering. We also assume that they did not do everything they could and are ignorant of their options.

Everyone Else on the Margins Who Suffer

When someone came to my church with their hat in hand asking for help, I calmly told them what they should do without listening. I assumed they were ignorant of the system and had simply not exercised their rights. The problem today for the people on the margins is the same problem that Martin Luther King tried to explain. The promise of equality and freedom for all in America is a broken promise. The system does not work.

The people who come to us for help know exactly what they are going through and they know what they have and have not done. Do they need your wisdom and googling skills? No. The first thing that they need is relief right now. The second thing they need is the system to be reformed and changed so it includes them.

Those in the margins who cry for help in what they believe may be their last dying breaths are not ignorant. It is us who do not listen. I sit in my own need now and if I were to meet Pastor Pat (my former self), I would think him an arrogant and daft jerk who needs to be kicked in the shin.

Just Because You Don’t Experience…

Just because you do not share the experiences of the black or brown person, the queer person, the victim, or those who live in poverty does not mean those experiences are not valid and real. They are. And if someone asks for specific help, just give them that help. It is hard for them to do that. It is dehumanizing as we define worth by ability in America. They know what they need, they did not come to you to do a google search for things they likely already tried and searched. I promise you, almost every poor person knows more about county resources, food stamps, medicare, medicaid and the cracks than you ever will.

On November 3rd, we have a chance. This one election will not create utopia. But it is the most important step in getting back on track, restoring the justice lost and seeking the justice forward and filling in those gaps that too many people are falling into.

I need your help now more than ever before. I’m facing housing scarcity if I do not come up with another $1200 right now. If anything I have written has had value to you, help me and my kid. This is all I know to do, write and beg. 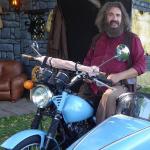 September 16, 2020
Hagrid and the Misunderstood Offense: Robbie Coltrane and JK Rowling
Next Post 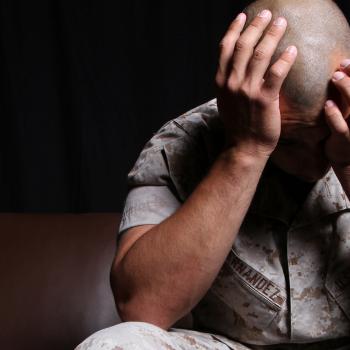