WWJGD: What Would Justice Ginsburg Do? What now?

WWJGD: What Would Justice Ginsburg Do? What now? September 18, 2020 Patrick L Green 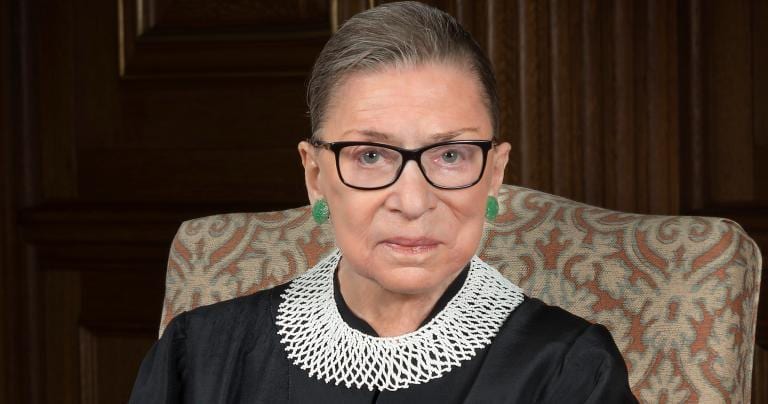 After that, I made a post on social media in a sensitive manner and spoke with three crying mama bears. Then I took a walk and felt the sting of tears in my own eyes. I thought to myself again, what now?

I came home from my walk and went on social media. It was there I saw many of my friends fall into hopelessness. It was too much for my anxiety and trauma triggers, so I walked away from the laptop and stared at the sliver of a new moon. What now?

Then it hit me. As a minister, and even after leaving ministry (as a humanist), I have officiated more funerals than I could count. One thing that I have told people is that life after death happens here and now. If we want to keep someone alive after death, we take the things that they have taught us and given us and live those things out. their inspiration lives on in each and every one of us.

So the question is no longer, what now? The question for me is what would Justice Ginsburg do?

When I was born 50 years ago, she was an activist on the front lines of gender equality. When I was just starting my career path as a youth pastor, she began serving in the same supreme court that she stood in front of many times for causes that mattered. My child, now a young adult, has only lived in a world with Ginsburg in the seat defending law and democracy as best she could.

Over the next several days the radio, television and internet will be full of robust stories about her life. Those will likely also focus on her resolve to work during this administration to uphold law and equality while fighting health problems. They will also speak to over half a century of tireless work for the right thing. Pay attention.

Allow the things that she has done to inspire you to actions that matter. Learn to be brave, have resolve, create strategic alliances and be a survivor in a world where no one wants you to hold power or change things.

She had a dying wish that a new justice not be selected until after the election. Mitch McConnell has already made it clear that he will not honor that dying wish. Now, more than ever, we need to ask what she would do before the GOP erases her legacy just as they have tried to erase Transgender people, immigrants, people of color, science and black people.

She would not give up. Multiple battles with cancer, broken ribs at an advanced age, gall bladder issues, and even heart surgery could not stop her from coming back into the fight. Can we give up because we lost her? Justice may not only be blind, but may soon be lobotomized.

This fight was never meant to rest on her shoulders. She did her part and set an example to us all. If we scatter into hopelessness then her legacy is moot and the former professor will have taught us nothing.

I am not a “pull yourself up by the bootstraps” kind of person here. I am not saying to not be sad, distressed, anxious, and overwhelmed. But even if you can’t do what you do, you can do what you can.

I need your help now more than ever before. I’m facing housing scarcity if I do not come up with another $800 right now. If anything I have written has had value to you, help me and my kid. This is all I know to do, write and beg.

September 17, 2020
Vote As If Your Life Depends on It! Why? Other Lives Depend On It!
Next Post

September 23, 2020 Questions? How Do We Know We Are Doing Enough? What is Enough?
Recent Comments
0 | Leave a Comment
Browse Our Archives
get the latest from
TransParent Expedition
Sign up for our newsletter
POPULAR AT PATHEOS Nonreligious
1