‘Is Genesis History?’ Is Not Your Dad’s Creationist Documentary

‘Is Genesis History?’ Is Not Your Dad’s Creationist Documentary February 22, 2017 G. Shane Morris 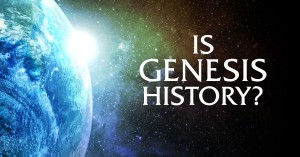 The very word “creationism” elicits mockery, even from Christians. As a shorthand for “young-Earth” or “young-age creationism,” it’s become a key feature of fundamentalist stereotypes, usually dismissed with laughter rather than engaged. Those who reject the modern concept of deep time and believe (as most Christians prior to the last couple of centuries have) that the Earth and universe are mere millennia old are frequently compared with flat-earthers and labeled “science-deniers.”

But fellow Christians fond of dismissing young-age creationists should pause a moment and understand that this issue isn’t as one-sided as they imagine. They also need to admit that the often-deserved ridicule of creationism’s cornier corners has its own edge of dishonesty. It can be a cop-out that shields otherwise intellectually credible Christians from addressing the real and thorny problem of reconciling the Bible’s world-picture with that of secular history and science. And it is a problem.

Recently, my wife and I watched a new film that makes the case for young-age creationism in a way that will defy stereotypes and dismissal. “Is Genesis History?,” which is in theaters Thursday for one night, is not your dad’s creationist documentary. First of all, the production is whip-smart. As Doug Wilson notes, this was crucially important, because the high ridicule-potential of past creationist productions has made it easy for critics to avoid their arguments. This time, those arguments come through beautifully, and the scientific and philosophical rigor of this new brand of creationism will surprise many critics.

The 90-minute program is hosted by Del Tackett, well known by many for his role in “The Truth Project” and known by me and a lucky group of other young people as onetime professor at the Focus on the Family Institute. Directed by Thomas Purifoy, it features experts like Harvard-educated geologist Kurt Wise, biochemist Todd Wood, geologists Steven Austin and Andrew Snelling, microbiologist Kevin Anderson, taphonomist Arthur Chadwick, Astronomer Danny Faulkner, theologian George Grant, and others (you can find the full list of interviewees here).

The content is too broad to fully describe in one blog entry, but in brief, here’s what the documentary does:

There is a great deal more content in this documentary, including conversations with a Hebraist and a theologian on why the “days” of Genesis 1 and the events of Genesis 1-3 should be taken historically, as well as a segment on astronomy and the reputed problem of starlight and time for young-age creationists.

But let me emphasize this: whether you agree with the arguments in this introductory tour or not, you will not be able to simply ridicule or dismiss them. The lineup of experts are impressively-credentialed, albeit on the fringe of modern science, and they deserve to be seriously engaged, not laughed out of the room. Few of them are new to this. Most already have bodies of rigorous work that demand an answer, not a closed mind.

And as a young-age creationist myself (oops, I’m out of the closet!) I appreciate the genuine humility and conciliatory spirit of each interviewee. This film refuses to trade on hyperbole or evangelical fan-service, and no one overstates the case for a young Earth. All admit that this is a scientific movement in its infancy, and countless problems remain to be solved. This is no minor tweak they’re proposing. If young-age creationists are right, we face nothing less than a massive, multi-generational mistake near the heart of science. And I hardly need to confess that they–we–have our work cut out for us. The reception will not be friendly. But I’m grateful to the makers of this film for showing that it’s possible to adopt a distinctly and fully biblical story of the world without becoming a knuckle-dragging obscurantist. This debate hinges on first principles that are seldom discussed. Thinking more clearly about these and being prepared to justify and defend them is good for everyone, whether your Earth is old or young. 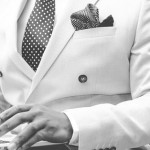 February 21, 2017
Milo Yiannopoulos and the Folly of Personal Brands
Next Post 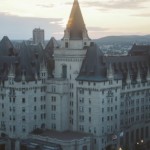 Ch-Ch-Changes
I'll write a more traditional post later in the week, but today...

Challenge to Trump from the Right?
Rich Lowry argues that a successful challenge to Trump's dominance of the...
view all Evangelical blogs
What Are Your Thoughts?leave a comment
Copyright 2008-2021, Patheos. All rights reserved.