Dyan Puma thinks her faith is reasonable. So reasonable, in fact, that it should convince atheists that there is a God and Catholicism is the One True Religion.

Unlike most people of “faith,” she says she has actual evidence for a miracle. That’s quite a claim — let’s see what she’s got.

She starts off telling the story of The Miracle of Lanciano, where a doubting Basilian monk in 700 CE turned the bread & wine into real flesh and blood during a mass.

That’s interesting and all… but this story is from an anonymous source in the 17th century — almost 1,000 years after the alleged event was said to happen.

In other words, it’s yet another fantastical story with no evidence.

A Reportedly Rigorous Investigation by an Allegedly Eminent Scientist

What else does she have?

Various ecclesiastical investigation [sic] (“Recognitions”) were conducted since 1574. Then, with permission from Rome in 1970-’71 and taken up again partly in 1981 there took place a scientific investigation by the “most illustrious scientist” Prof. Odoardo Linoli, eminent Professor in Anatomy and Pathological Histology and in Chemistry and Clinical Microscopy, and assisted by Prof. Ruggero Bertelli of the University of Siena.

Dr. Linoli, an alleged cynic in regards to the Miracle, reportedly sent a telegram to the Franciscan Friars who tend the church where the Miracle had been kept in 1970, reiterating the Gospel of John: “In the beginning was the Word and the Word was made Flesh.” But, Dr. Linoli quickly became convinced that the mystery before him was of a miraculous nature.

I’ve bolded two words in that second paragraph that stick out like a sore thumb. Allegedly? I thought we were talking about evidence strong enough to convince atheists?

But when it comes to miracles, I’ve found it always boils down to “allegedly.”

By the way, who is this “most illustrious scientist Prof. Odoardo Linoli”? I can’t find anything about him on Google, other than Catholics raving about this study. What exactly has he contributed to science to make him a “most illustrious scientist”? It seems like they’re building up an argument from authority, but this person certainly doesn’t seem eminent in his field — no one has even heard of him.

I also find it suspicious that it was under “various ecclesiastical investigations” from 1574 – 1970. What exactly did they do? How can we be sure no one tampered with the evidence — if there was any to begin with? With how corrupt things were back then, it would surprise me if someone didn’t!

How do we know what the scientists were studying had anything to do with this alleged miracle?

The evidence seems to be the conclusion of this study. Here is how Dyan summarizes it:

That is, just because they have flesh and blood locked up somewhere doesn’t mean it was magically transformed by a doubting priest in 700 CE from a cracker and wine.

Another claim is that the World Health Organization did a 15-month scientific study confirming this miracle:

In 1973, the World Health Organization (WHO) appointed its own scientific commission to scrutinize Dr. Linoli’s findings. During a 15-month period, over 500 tests were conducted, all of which supported the conclusions listed above. WHO’s scientific research was published in New York and Geneva in 1976, confirming “science’s failure to explain the Miracle.”

Bu can anyone confirm this? I can’t find anything official about it, and I doubt the WHO would say “science’s failure to explain the Miracle” — only a Catholic would write like that (can you really imagine WHO saying the Miracle, like a fawning monk?).

In looking this up, I found numerous articles that are almost identical to Dyan’s article, but with small details changed — it’s like chasing down the source of an email forward. For instance:

In the extract summarizing the scientific investigations of the World Health Organization (WHO) and the United Nations (UN), published in December of 1976 in New York and Geneva, it was declared that “science, aware of its limitations, is forced to admit the impossibility of giving an explanation.” (source)

That sounds more plausible, but if that quote is correct (which is different from Dyan’s), I wonder what the context was. What is the source of their quote and where can we see it?

“Will Atheists Accept This Science?”

So when Dyan asks, “Will Atheists accept this science?” the answer is yes and no.

Yes, I can preliminarily accept that what was studied was flesh and blood (though of course more studies must be done and this study should be critically examined for bias and rigor — if anyone can find the original study).

But no, the evidence does not lead me to accept something magical happened, and I don’t know why anyone would find it convincing, unless they already believed in the first place.

As much as I would love to believe miracles happen, this isn’t compelling evidence.

As Thomas Paine said, is this more likely to be truth, or a lie? These sort of stories are rampant throughout history, throughout all religions. I see no reason to accept any of them, this one included.

What about you? Does this sway any of you atheists?

What about our Protestant readers? Has this convinced you of transubstantiation?

Update 5/30: Dyan has completely changed her post, without annotation, removing all her previous claims about the eucharist miracle. It is now an evangelistic tract about why “God hides,” which is the opposite of her point before (that God was revealed through scientifically studying this miracle). She hasn’t admitted to being wrong or her claims not standing up to scrutiny. Typical slimy Christian tactics!

May 29, 2009 Catholic Church Shamed By Irish Abuse Report
Recent Comments
0 | Leave a Comment
Browse Our Archives
get the latest from
Nonreligious
Sign up for our newsletter
POPULAR AT PATHEOS Nonreligious
1 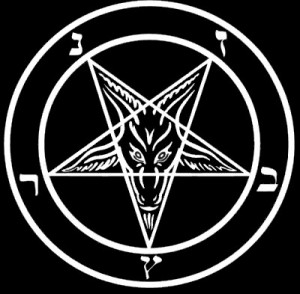 Nonreligious
The End of an Injustice
Unreasonable Faith 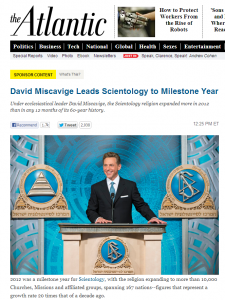