Is It a Miracle That Chase Kear Survived?

Is It a Miracle That Chase Kear Survived? June 29, 2009 Daniel Florien

Chase Kear’s odds were not good. He was pole vaulting when he fell on his head. Doctors said his brain was swelling and they would need to remove some of his skull. They feared either the surgery or an infection would kill him.

And yet, he survived.

A couple hundred years ago he would have been dead — doctors would not have been able to perform the surgery nor could they have fought the infection he had. Thanks to modern medicine, he had a chance to survive.

But that’s not how area Catholics see it. Chase’s mother said:

“Chase survived in part because hundreds of people prayed to Father Emil Kapaun to intercede on his behalf. It was absolutely a miracle.”

Did you catch that? Because some people prayed to a dead priest, Chase survived.

In fact the church is so serious about this being a miracle that they are officially “investigating” it:

Prompted in part by what the Kear family has said publicly, and partly by a preliminary investigation begun by the Catholic Diocese of Wichita, a Vatican investigator named Andrea Ambrosi will arrive from Italy in Wichita on Friday….

Ambrosi, a lawyer by training, is coming here to thoroughly “and skeptically” investigate whether Chase’s story is a miracle, said the Rev. John Hotze, the judicial vicar for the Wichita diocese. The church requires miracles to elevate a person to sainthood.

I can’t wait to see his “skeptical” report. Somehow, I think we have different definitions of what that means.

Is It a Miracle?

The entire idea of this being a miracle is ridiculous. No matter how you look at it, Chase survived only because he lived in a time when there was modern medicine. He was rushed to a hospital on a helicopter — without that, he likely would have died before a doctor could have reached him. He had surgery and part of his skull removed. He was given antibiotics and other medicines.

A miracle is when the impossible happens — it’s something supernatural. A miracle is not when doctors save a man’s life — that’s science.

A miracle is when a man with his head cut off comes to life after a week of being dead. It’s when a leg grows back in a few seconds. But, of course, those sorts of things don’t really happen. They’re impossible.

So we’re left with two options. We can believe Chase survived based on the prayers of some Catholics to a dead priest. Or we can believe he survived because he lived in a time with modern medicine and was close enough to get to skilled doctors before he was dead.

No one is stubborn enough to believe only the first option — they must give at least some credit to those who saved Chase’s life.

But if they do that, then there’s no way of knowing how much the prayer helped, if it helped at all. We all know doctors and medicine save lives. Nobody knows if prayer helps anything.

Not a Miracle, But That’s Okay

There’s no reason to think this is a miracle, except in the sense of it being amazing and unlikely. But there is no evidence of any involvement of a deity, or some magical powers in mumbling words.

There is only evidence of humans helping their fellow humans. Not a miracle, but good enough for me. 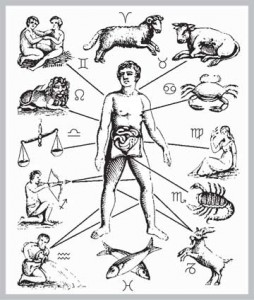 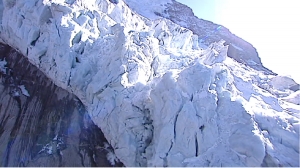 Nonreligious
Futurama: Is there anything we can do to...
Unreasonable Faith
TRENDING AT PATHEOS Nonreligious